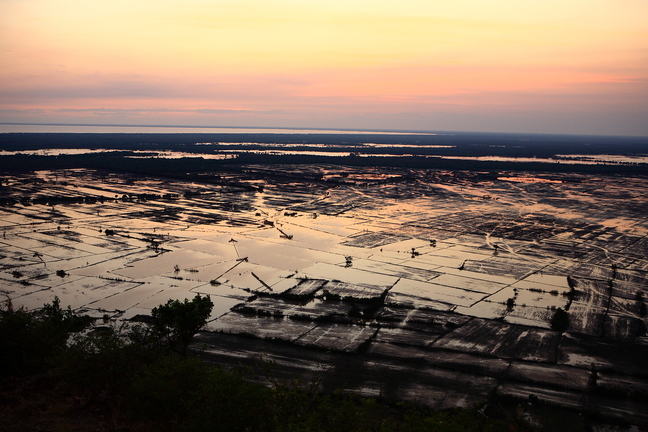 The Mekong in maps

This week we will examine the Mekong, the most important river system in Southeast Asia. This article paints a picture of the Mekong River Basin by using a series of maps that illustrate the socio-economic and natural resource dynamics of the basin region. In subsequent steps, we will discuss Mekong governance and actors.

The Mekong’s estimated 4800 km journey begins high in the Himalayas in Tibet and continues through China’s Yunnan province into parts of Myanmar, Lao PDR, Thailand, Cambodia and Vietnam. From its source to its delta, the Mekong river provides energy, water, soil nutrients, food and many other necessities for humans. It is also a driving feature of the ecological landscapes through which it flows. The Lower Mekong Basin is a biodiversity hotspot, and this diversity is also reflected in the region’s crops. For example, Lao PDR has over 13,000 varieties of cultivated rice.

The Mekong region is home to more than 300 million people from more than 100 ethnic groups, who depend on natural resources for food and economic growth. As the population increases, human activities are putting a strain on the river and its resources.

Below we have gathered maps produced by the Mekong River Commission (MRC) that provide an overview of several aspects of the region. Data visualizations can tell a variety of stories, as well as provide the context needed to understand complex issues. While looking at the maps below, think of some correlations and connections between different maps.

This first map provides a geographical overview of the Mekong region. The Lower Mekong area is located within the red outline.

Map 4 gives us overview of the human impact on water quality at different points along the Lower Mekong river, ranging from no impact (green dots) to severe impact (red dots). Note the concentration of red in the delta. Food system activities within the basin, particularly agriculture, fisheries and aquaculture, account for a proportion of the impact on water quality shown here.

Map 5 shows the different land cover types present in the Lower Mekong, as of 2010. While forest cover (shades of green) is still significant, at around 40%, you can see large areas of rice paddy fields (yellow) in Thailand, Cambodia and southern Vietnam, totaling over 20% coverage. Also notice the concentration of aquaculture activity (purple) at the southern tip of the delta.

Finally, Map 7 shows both existing and planned hydropower projects in the region. As we can see, there are many dams planned along the Mekong and its tributaries, many of which are to be located in Lao PDR.

This series of seven maps illustrates some of the key characteristics, issues and trends in the Mekong River Basin. In the comment box below, tell us your thoughts or questions on these maps, and the Mekong in general. Do you think the planned increases in irrigation and hydropower projects are necessary for food security, or are they potentially unsustainable? Or perhaps both?