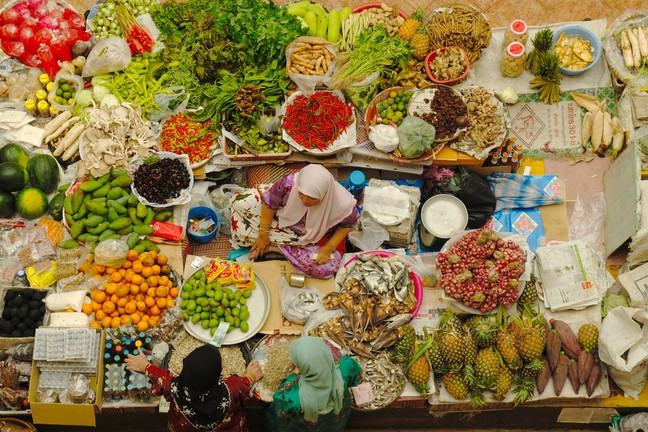 The double burden of malnutrition

Diets are changing in the region, and there are significant implications for health and nutrition. This article examines the “double burden” of malnutrition in Southeast Asia and the Pacific, where overweight rates are rising fastest in the world, even as large populations continue to be undernourished.

The Asia and Pacific region has been among the most economically dynamic in the world in the past two decades – but when it comes to nutrition, a troubling pattern has emerged. Not only is a large share of the population still undernourished, but the share of people who are overweight is growing faster than anywhere else. Experts call this problem the “double burden of malnutrition”.

This study reviews evidence from across the region, and looks in depth at nine countries: Cambodia, Indonesia, Lao PDR, Myanmar, the Philippines, Papua New Guinea, the Solomon Islands, Timor Leste and Vietnam, which together represent a wide range of contexts and nutrition outcomes. It applies a simple conceptual framework of the determinants of under- and overnutrition, identifying immediate factors, underlying factors, and basic factors related to economics, policy, governance, etc.

The immediate causes of undernutrition are insufficient food intake and/or diseases that cause a nutrient imbalance. The effects can be particularly severe for small children, whose cognitive and immune-system development may be impaired. Overnutrition is linked to high consumption of sugar, salt and saturated fats, combined with low levels of physical activity- genetics can increase the risk of obesity. The two problems are also linked: inadequate nutrient intake in the womb and in the first 2 years of life have been shown to significantly increase risk for obesity and non-communicable diseases.

On a basic level, economic growth can boost food security and provide safer living environments, but is also associated with increases in overweight and obesity. Good governance is also important. Food policy can help make healthier foods available and affordable, for example, and restrict promotion of unhealthy foods. Public health policies can facilitate breastfeeding, and ensure access to clean water, sanitation and quality health care. Urban and transport policies can create safe environments for people to walk, cycle and play, and encourage active modes of transport. Poverty policy is vital to provide enough cash for the most vulnerable to get the food and services they need to be healthy.

The study defines the “double burden” as the coexistence of a stunting rate of 30% of higher among children under 5, and an age-adjusted overweight rate above 25% among women. Only four of the nine countries in Southeast Asia are in this category – Indonesia, the Philippines, Papua New Guinea and Solomon Islands, and Myanmar is on the cusp. Overall, the region is home to just over half the global population affected by the double burden, and it has the world’s fastest-rising female overweight rates over the past 30 years. Timor Leste, Lao PDR and Cambodia are predominantly experiencing undernutrition.

The countries rate very differently in terms of policy interventions to address malnutrition. Cambodia is among the best in tackling undernutrition in the first 1,000 days of life, for example, with high levels of breastfeeding, vitamin A supplementation and iodized salt coverage. While, Vietnam has made impressive reductions in stunting, it can still improve on these measures. The other countries rate in-between these.

Except for Vietnam, all countries in Southeast Asia are classified by the UN as having a food deficit. UN data show Cambodia, Indonesia and Vietnam are doing well in reducing undernutrition levels, but Lao PDR and the Philippines have static levels. Comparable data are not available for the other countries.

Rapid urbanization and the rise of supermarkets across the region are both linked with overnutrition. Rates of physical inactivity, meanwhile, are very high in the Pacific, but less so in Asia. Still, over 60% of Malaysians and almost 30% of Indonesians are physically inactive; in Cambodia, only 10% of people are physically inactive.