This content is taken from the Durham University's online course, Forensic Archaeology and Anthropology. Join the course to learn more.
View course
3.5 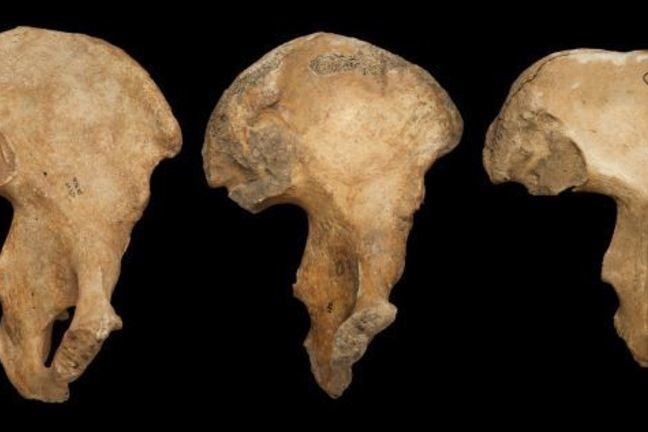 These are examples of a male, indeterminate and female os coxae

The pelvis is one of the most sexually dimorphic regions of the skeleton. The overall shape of the male pelvis is narrow and steep, and the female pelvis is generally broader, with a larger pelvic outlet to facilitate pregnancy and childbirth. Since this is the only region of the skeleton where there is such a key functional difference, the pelvis proves to be one of the most important bone for determining biological sex. The accuracy of sex determinations from the skeleton based on the pelvis alone is usually placed at around 96%, but this will vary between populations as well as the degree of preservation and fragmentation (see this article by Inskip et al. 2019 for a recent summary and test of some of the methods). In forensic and archaeological contexts the pelvic girdle is often not complete and sex determination relies upon recording and assessing individual sexually dimorphic features as outlined below. The following criteria are described in most text books on skeletal analysis and here we have synthesised information from both the European and Anglo-American schools. A reference list is provided at the end.

If you’re unfamiliar with pelvic morphology, take a look at the annotated 3D models of male and female pelves first. These are located in the ‘SEE ALSO’ section below this article.

If you do have an intermediate sciatic notch, and you’re not sure whether it’s male or female, it’s useful to use the composite arch which is described in Bruzek 2002. Here, you follow the edge of the sciatic notch around the superior surface of the auricular surface. In males, you’ll see that it forms a continuous arch. When you try to do this in females, you’ll see that it misses the superior surface of the auricular surface, and it forms almost two separate arcs.

This is a depression in the bone surface located inferior to the auricular surface. Both males and females may have a preauricular sulcus, but it is less common in males. The morphology of the sulcus also differs between males and females. In females, it tends to be deeper and to have clearly demarcated edges, whereas in males it is usually shallow with open sides. More information is also provided in the Bruzek (2002) article cited above. 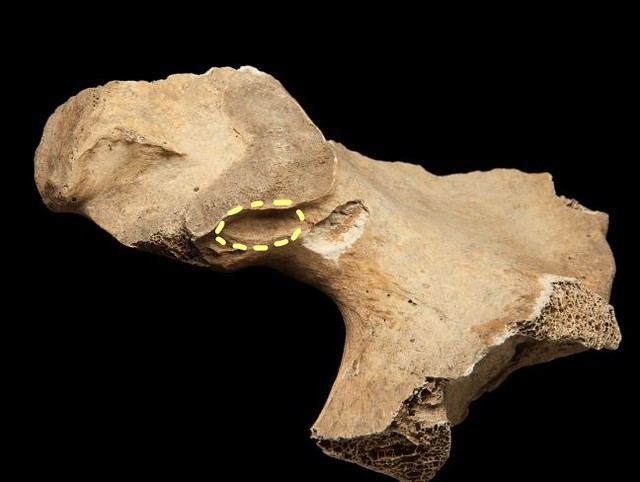 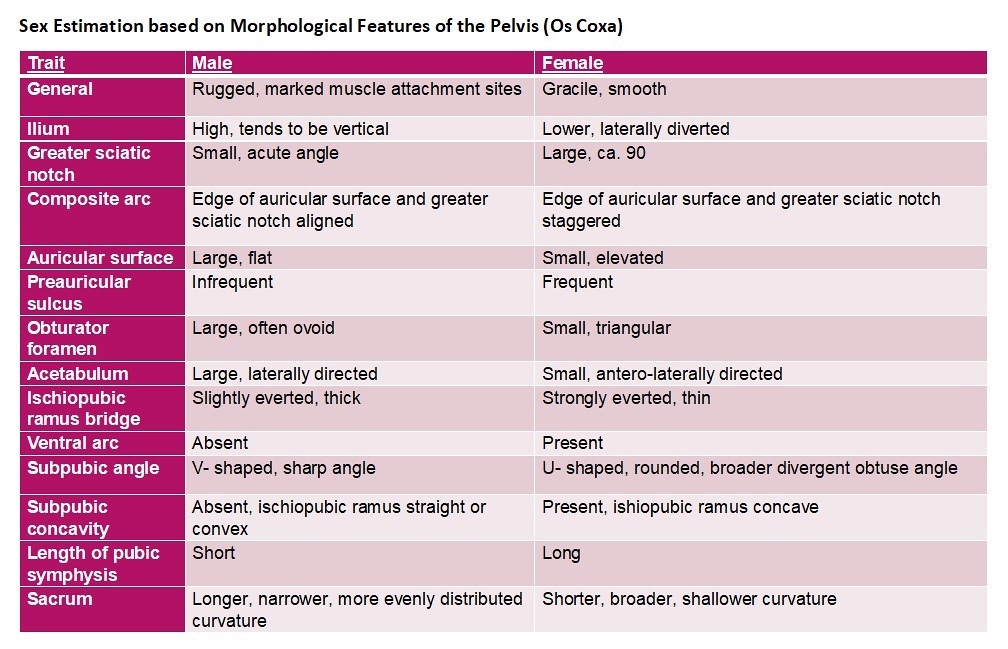 Practice recognising and recording the traits used to estimate sex from the pelvis using the 3D models of the ox coxae in the SEE ALSO section below.

Some of the general references below also include information about sex estimation from the skull.

This website provides a useful summary of methods http://talus.matrix.msu.edu/.