This content is taken from the Durham University's online course, Forensic Archaeology and Anthropology. Join the course to learn more.
View course
4.6 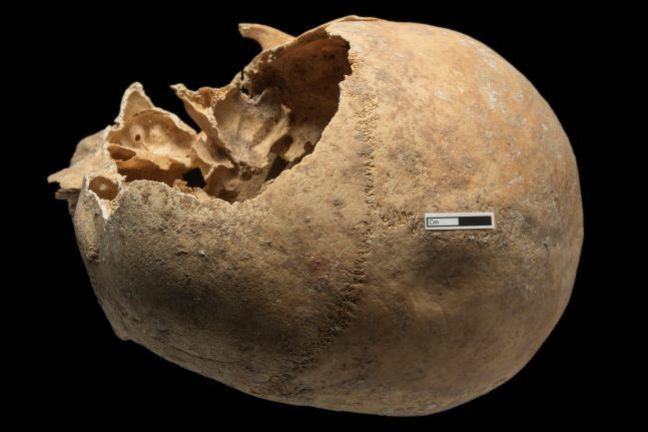 Analysing a skeleton for signs of trauma is an important component of forensic practice. The presence of healed fractures (ante-mortem) can be useful for establishing an individual’s identity through comparison with medical records. The presence of fractures that occurred around the time of death (peri-mortem) may be useful for establishing the circumstances of death, or trauma consistent with the cause of death. It is important to identify breakage or damage which has occurred to the skeleton after death (post-mortem), so that peri-mortem fractures are not overlooked or misidentified.

Bones in living people have a certain degree of elasticity in response to forces applied to them, which essentially means that they can bend slightly before returning to their normal shape. When forces applied to bone are greater than the elastic potential, it can result in ‘plastic deformation’ to the bone, which is a permanent alteration. This is sometimes seen on the skulls of people who have a slight depression that has occurred in response to trauma. If the force applied is greater than this, the structure of the bone can fail and a fracture occur.

Ante-mortem, peri-mortem and post-mortem trauma all have different features, which help to distinguish them. The features of each are described below. 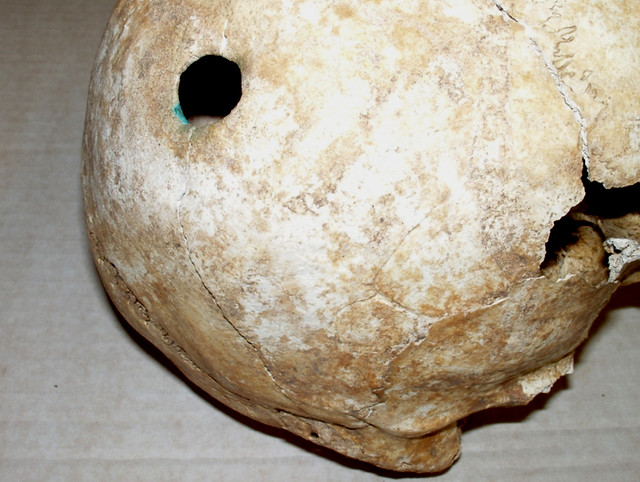 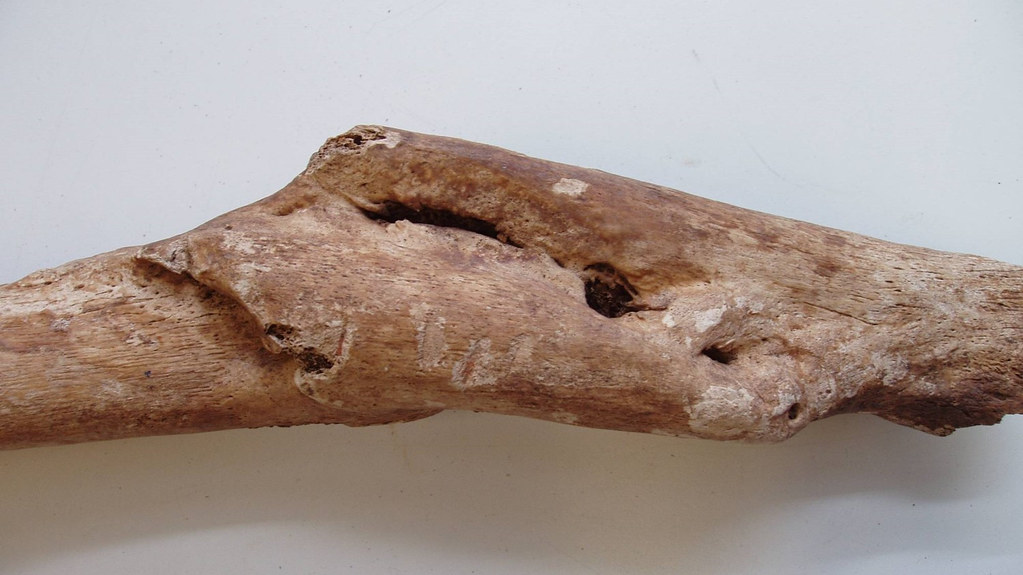 Evidence of peri-mortem trauma can provide important information about the circumstances surrounding death, or even the cause of death. As a result, peri-mortem injury will show no signs of healing. The term ‘peri-mortem’ when applied to skeletons, is not quite the same as in a clinical setting where soft tissues can also be observed. This is because the time resolution is not as clear-cut as it is with soft tissue. When looking only at the skeleton, peri-mortem basically refers to trauma to ‘fresh bones’. Some key features of peri-mortem trauma are: 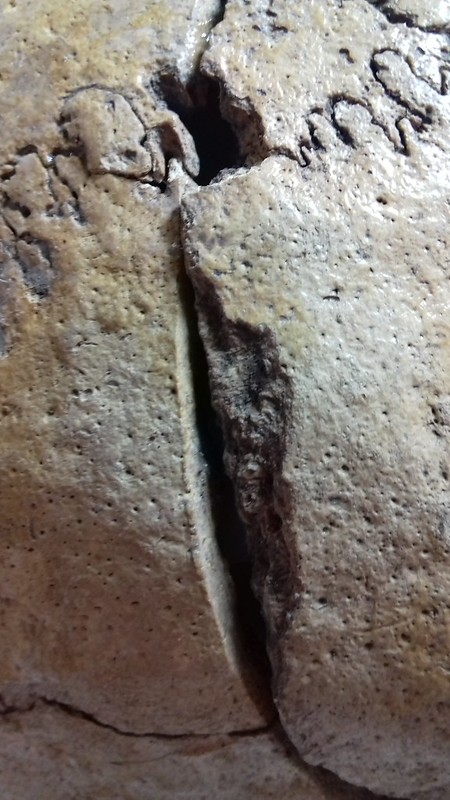 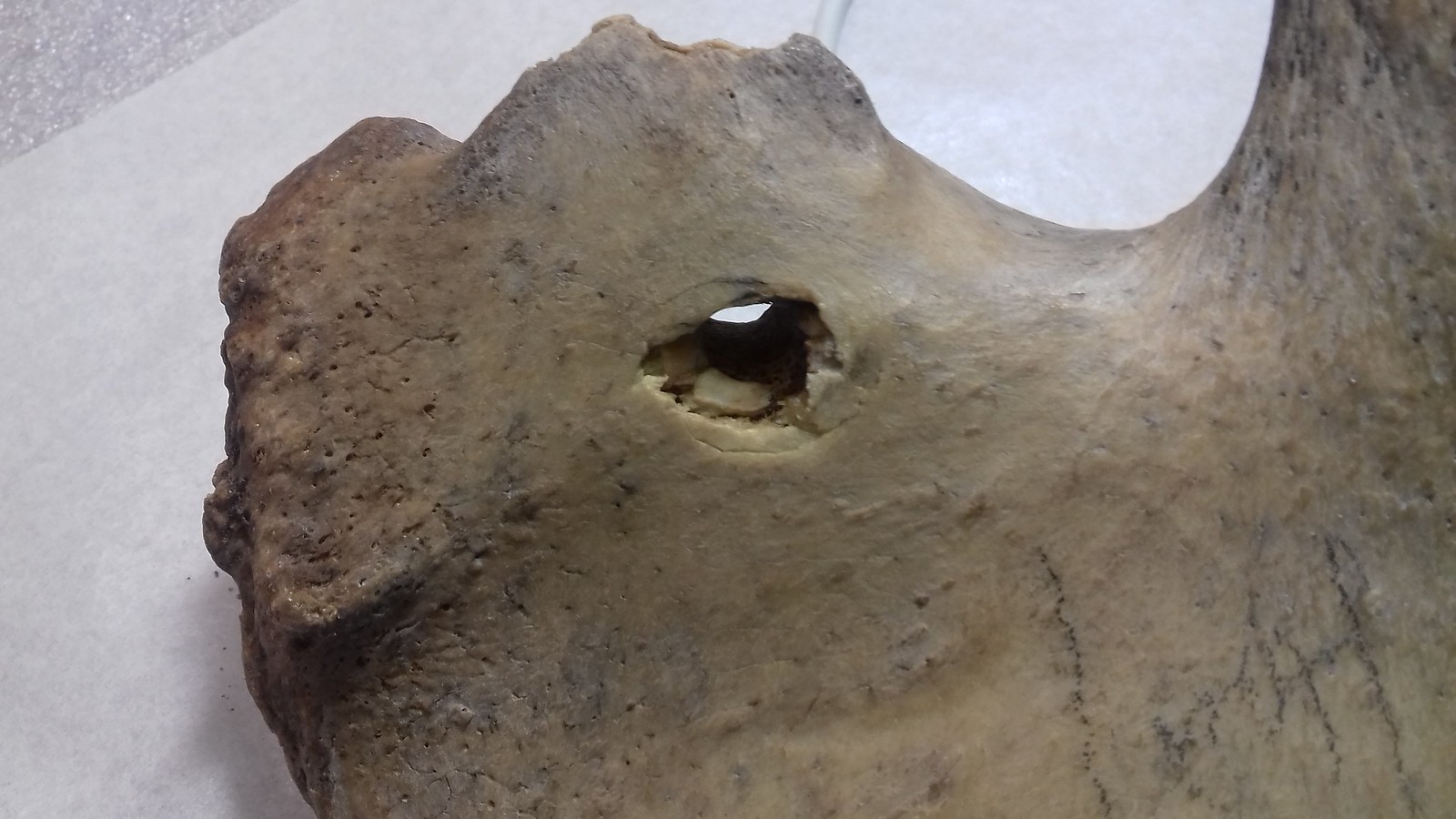 Post-mortem trauma includes any form of damage to the bone after death. The bones of the skeleton often become fragmented by mechanical forces operating on the body in the ground. When bone decays, the soft tissues decompose and the bones become ‘dry’. Dry bone has limited moisture and collagen compared to fresh bone and therefore has less elasticity. The fracture edges in ‘dry’ bone have different characteristics to the fractures in ‘fresh’ bone. In dry bone the edges are often:

Have you suffered from a fractured bone that has affected the way that you live or get around? Did the bone take longer to heal than expected? If so, then why? Please add a comment below.

As you’ve just learned, trauma can be ante-, peri-, or post-mortem. It can also be further categorised based on the type of weapon or force used to inflict the injury. Read the next article to find out more about how to identify trauma based on further subdivisions.