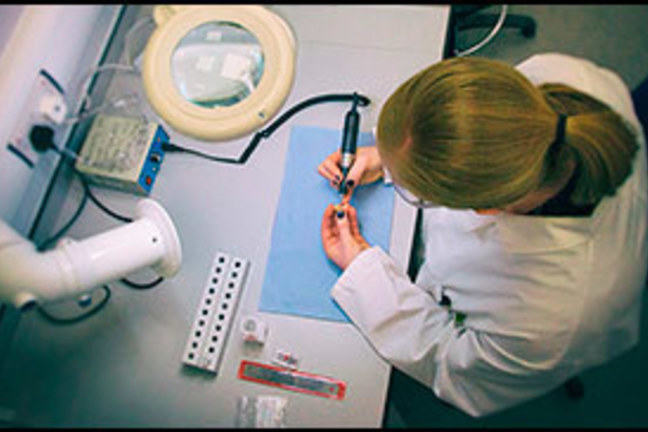 It is tempting to see isotopes as a conclusive method for identifying whereabouts someone was born and grew up because they are a scientific method and provide a ‘number’. There have been a few isolated cases where isotopes have provided some corroborating evidence that has been helpful in assisting forensic investigations, but they must be used with care.

These methods will work best where there is a clear isotopic difference that can be measured and identified between the places of interest. There is no ‘phonebook’ of isotopic data that can be consulted – isotope ratios are not unique to a specific country or region and the same isotope profile will be found in many countries around the world with, for example, similar climate, geology and vegetation.

It used to be the case that a person with a strong C4 dietary value measured in their hair or fingernails would have been highly unlikely to have lived in Great Britain, as these crops are not native to northwest Europe. However, with the worldwide movement of foods for sale, food aid and the international nature of food buying, many modern societies no longer fulfill the principle of sourcing their food locally, relating their isotope ratios to the geology and climate of their place of residence. A resident of Britain could today be consuming just as much maize (sweetcorn, popcorn, corn oil etc.) as a resident of the USA, although on average this tends not to be the case. Similarly, water (and other types of drinks) can be transported and drunk at significant distances to where the water fell as rain either in pipelines, aqueducts, underground springs, rivers or bottles.

Without an understanding of what diet a person had and where they were likely to have obtained their food and drink, isotopes become very difficult to interpret. Isotope ratios do not change at national borders and they are inherently controlled by the food and drink choices an individual made at the time the tissue chosen for analysis was forming. It is, therefore, possible in incrementally forming tissues such as tooth roots, hair and nails, to identify a change in diet or residence. The before and after profiles may be consistent or inconsistent with particular places of interest allowing them to be ruled out or in, but the isotope ratios themselves cannot prove that a person was living in a specific place – that is down to interpretation through a detailed knowledge of the environments in question.

In some cases, one specific isotope ratio may be sufficient to discriminate between two choices. For example, the atmospheric lead pollution in Australia is different from that in Britain because the lead sources in the former are much older than those of northern Britain (although some Australian lead has been imported into Britain for about 150 years!). Similarly, it should be possible to discriminate a person from hot, arid regions of the Mediterranean from someone who grew up in northern Scandinavia because of the difference in the climate and hence, the oxygen isotope ratios, would be large. Equally, someone may be moved from a region of limestone several hundred miles to another region of limestone and this movement would be impossible to identify in the strontium isotope ratios (unless of course, they imported their food from somewhere else!).

There have been a number of other studies that have applied stable isotopes to address specific issues of human identification in forensic contexts.