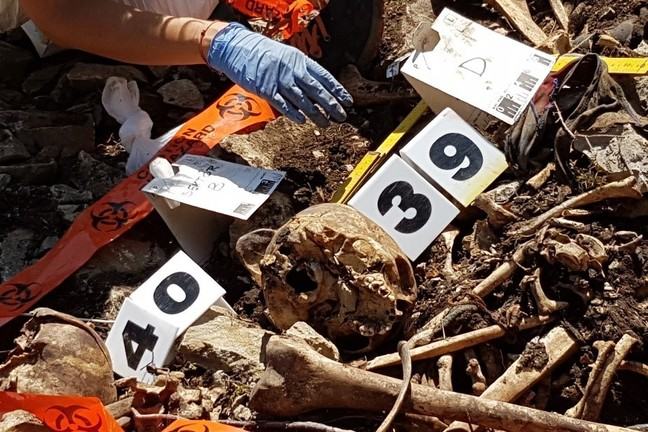 Forensic anthropology in the Balkans

Dr Anes Jogunčić MD from the Department of Forensic Medicine at the University of Sarajevo discusses one of the more complex cases out of the many exhumations that he’s analysed in the course of his work to identify the missing from the conflict in the 1990s. Dr Jogunčić has undertaken additional training at Durham specifically in juvenile osteology and the use of stable isotopes and peptide analysis in forensic anthropology. 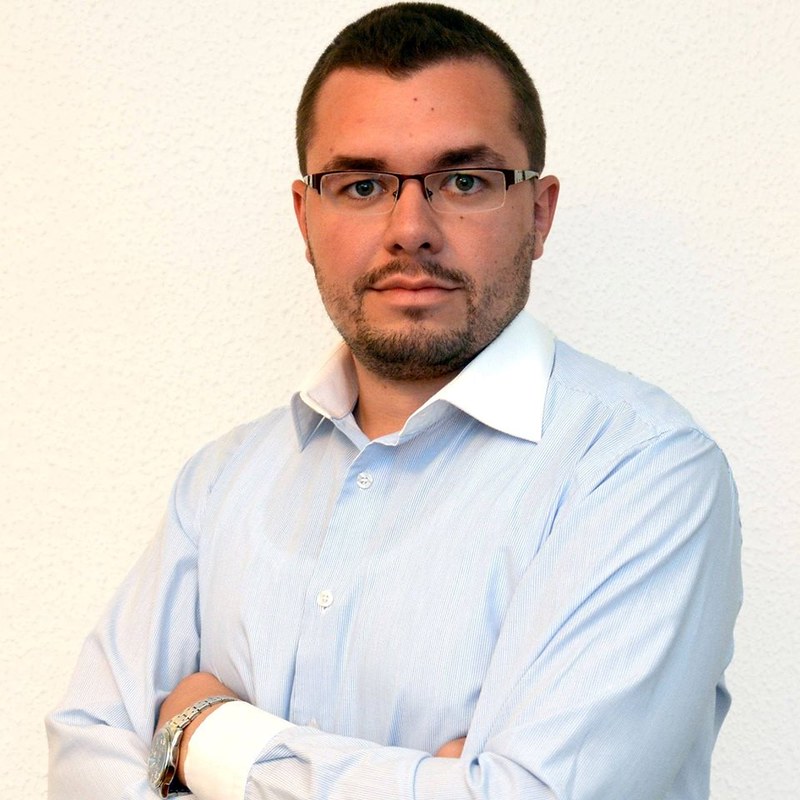 The discipline of forensic medicine is in most countries associated primarily with performing autopsies, toxicology and DNA testing. Here in Bosnia and Herzegovina we work a lot on the exhumation process. The Balkans war from 1992-1995 led to 35 000 missing persons. Now, in 2019, there are still around 7000 people missing. According to the law in Bosnia and Herzegovina, doctors of forensic medicine participate in the search for the missing, including the processes of exhumation, autopsy and identification.

Together with my colleagues from the Department, I have worked on tens of exhumations, including mass grave sites. Here I will describe one of the most challenging cases, which was the mass grave at the Korićanske stijene (Korićani Cliffs) on Mount Vlašić. The site is located about half a kilometre from the Korićani village at an altitude between 750 and 1,100 m above sea level. A key feature of the site is a ravine that is approximately 350–400 m deep.

During the conflict, approximately 200 men were executed on top of the cliff. The bodies of the men were left where they fell after death (primary site). After a period of decomposition, the bodies were then dragged (in a state of advanced decay) tens of metres away and thrown into the ravine where substantial further decomposition and disturbance of the remains occurred (secondary site). 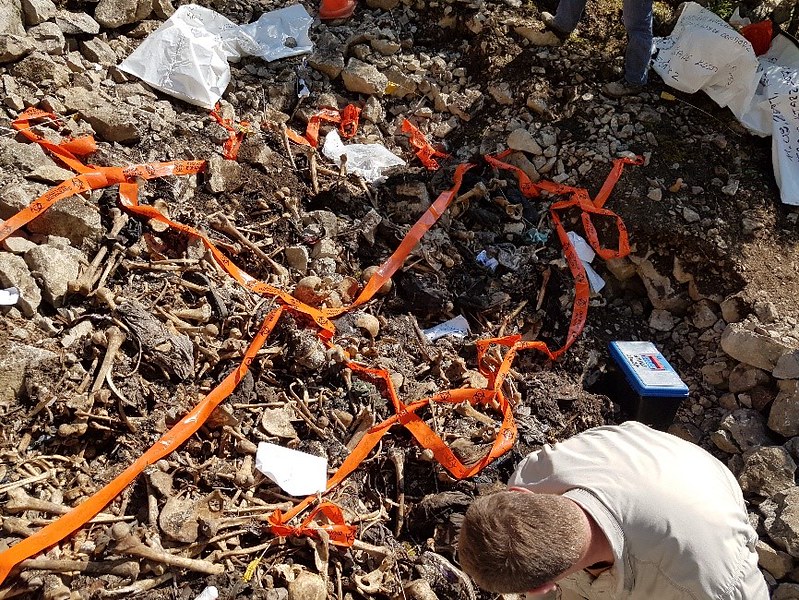 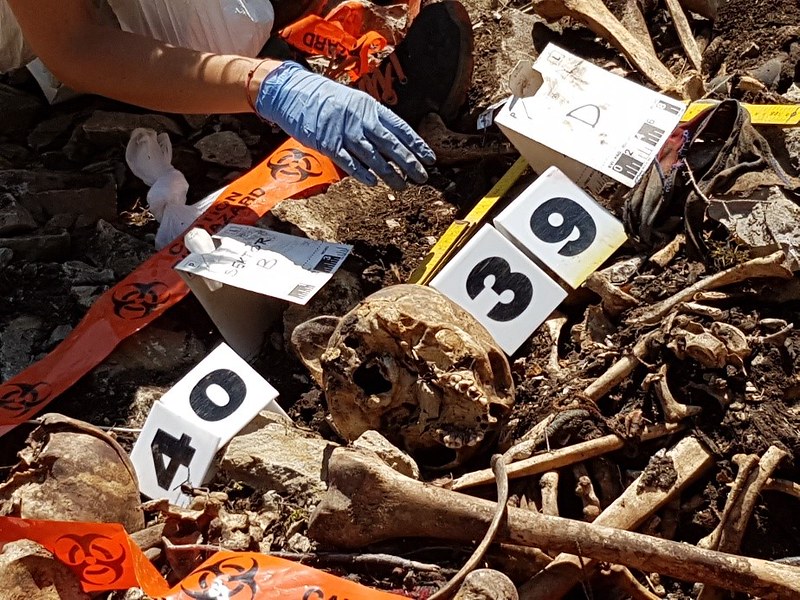 A close-up image of the assemblage (Copyright Anes Jogunčić)

In order to start processing the site, we separated the mass grave into four sectors. As one might expect, there was a high degree of commingling and disturbance of the remains. For example, in just one part of sector seven left femora and only one right femur were recovered. In total, 86 complete skulls, 137 body parts, and two hundred small bones that could not be assigned to any one individual were recovered from the mass grave.

At the ID Centre, the remains were cleaned and subsequently analysed for sex, age, and height. These preliminary autopsies also included a calculation of the Minimum Number of Individuals (MNI) and the documentation of injuries. All evidence for trauma on the bones was documented and all of the personal effects recovered from the site were also recorded. During exhumation and analysis in the lab attempts were made to try to re-associate as many bones to individual bodies as possible.

For DNA analysis, only one sample was taken from a group of bones if the team was sure that they belonged to the same person. In other cases, however, where a group of bones were recovered from a sector, but there was no way to link them to other individuals with any certainty, a DNA sample was required from all of the long bones. The small bones of hands and feet were excluded, except in cases where they were found in clothing.

As a result of the commingling, the number of DNA samples collected was far in excess of what would normally be required for 200 individuals. Because of the high degree of bone commingling and protocols around DNA sampling, the team collected a total of 1,320 samples and are now awaiting the results. The processing of these commingled remains is therefore considerably more expensive and time-consuming compared with the sampling required for primary interments.

This site was unique and does not actually fit with any current definitions of what constitutes a mass grave. Raising the issue of how to classify it. Existing classifications of mass graves are based on very specific definitions and usually represent the primary inhumation site (PIS – previously named primary mass grave). Here we were examining remains from a secondary inhumation site. In this instance, the initial site of killing became a temporary surface deposition site and in response, we’ve argued for the additional definition of Temporary Deposition Site (TDS).