This content is taken from the Durham University's online course, Forensic Archaeology and Anthropology. Join the course to learn more.
View course
6.12 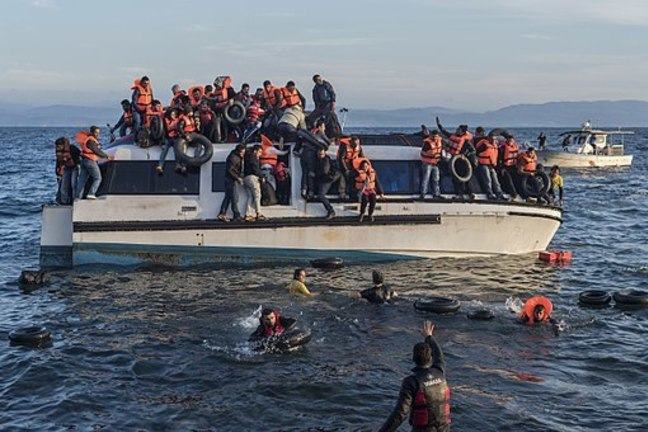 Refugees from Syria and Iraq arriving in Greece

The United Nations Refugee Agency, in their 2015 report ‘The sea route to Europe: The Mediterranean passage in the age of refugees’ stated that “Europe is living through a maritime refugee crisis of historic proportions. Its evolving response has become one of the continent’s defining challenges of the early 21st century, with long-lasting implications for humanitarian practice, regional stability and international public opinion”.

Identification of the dead

The need to identify the dead is included in international law. With this in mind, the scale of the deaths means that there are significant humanitarian consequences. The ICRC have developed general recommendations as defined in their ICRC Policy paper on Missing migrants and their families:

Facilitate the search for and identification of missing migrants:

Address the specific needs of families of missing migrants:

The forensic challenge of this context comes from two key issues; The first is that the migrants are unknown, therefore making a positive identification is extremely difficult. The second is that many die in the sea, which makes recovery hard, the remains could wash up far from the intended destination and the water itself has specific taphonomic effects on the body.

The Missing Migrants project “tracks incidents involving migrants, including refugees and asylum-seekers, who have died or gone missing in the process of migration towards an international destination”. The project pulls in data from official and media sources to track key routes and allows us to understand the dangers of these population movements. For example, they show that in 2016 at least 3194 people died attempting the cross the Mediterranean, with numbers dropping to 2427 in 2017 and 1519 for most of 2018.

There are multiple ICRC programs and operations in relation to the missing and migration. The Missing Migrants Project is just one of these programs. More information on this inititative, including the data on migrant numbers, can be found here.