This content is taken from the The University of Sheffield's online course, Forensic Facial Reconstruction: Finding Mr. X. Join the course to learn more.
View course
1.16

Finding Mr. X: What did the skull reveal?

The skeleton had so far revealed Mr. X’s age and stature, and key details about his medical history and habitual behaviours. Professor Martin Evison continued his osteological examination by studying the skull. 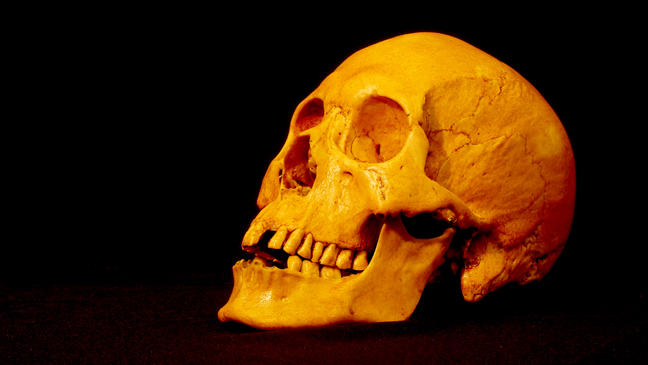 This is a replica of Mr. X’s skull. This skull is of Asian ancestry and has worn molars and missing incisors in a similar manner to Mr. X

Mr. X’s skull had a sloping forehead with a prominent supraorbital ridge. The upper eye margins did not appear to be sharp and the lateral corners of the orbits were square. The chin appeared rather square and the angle of the outer edge of the jaw bone was quite acute. These characteristics indicated that the skull was likely to be male.

Mr. X’s craniofacial dimensions, particularly the width of his nasal aperture and width of his nasal bridge fell within the Indo-European average suggesting that he was either European, Middle Eastern or from the Indian Subcontinent. This information also matched the partial DNA profile that was obtained.

A partial DNA profile was obtained which suggested that he was three times more likely to have originated outside the United Kingdom and more likely, he was from the Middle East or Indian Subcontinent. 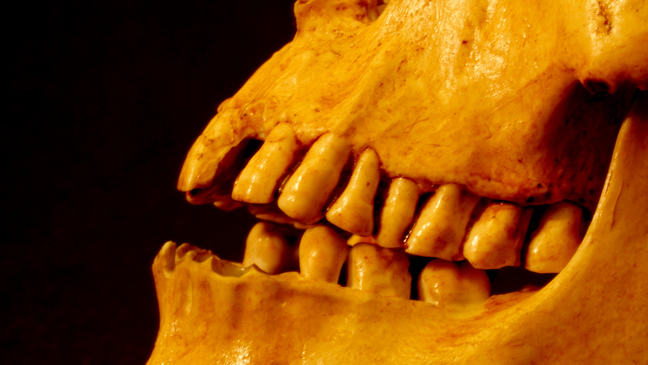 This is a replica of Mr. X’s skull showing that the surface of the molars had been ground away by repetitive chewing

What can teeth reveal?

So far an examination of the skull had enabled investigators to determine the sex and ethnicity of the body.

Teeth can also provide a wealth of information that can be used to identify human remains.

The application of dental science to legal investigations is known as forensic odontology. Over the next few steps, we’ll find out more about this practice and discover what the teeth could reveal about the identity of Mr X.