This content is taken from the Coventry University's online course, Foundations in Resilience, Security and Emerging Technology. Join the course to learn more.
View course
2.5 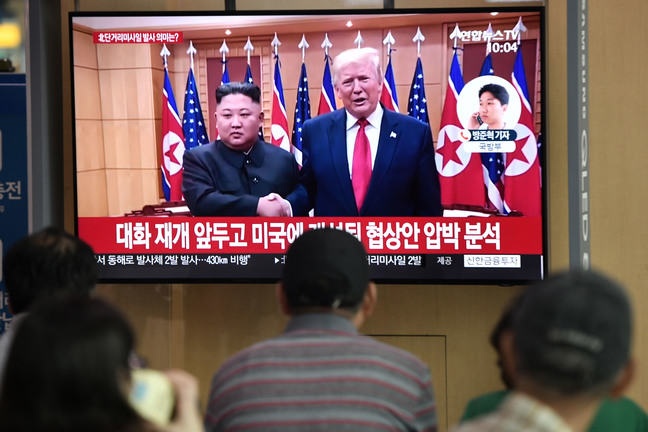 People watch a television news showing a file footage of a meeting between US President Donald Trump and North Korean leader Kim Jong Un which held at the truce village of Panmunjom, at a railway station in Seoul.

Assessing the significance of governance in gaining resilience

When we try to examine what governance means and the values attributed to its conventional understanding, we find a dilemma in defining the term itself.

On the one hand, governance is subject to historical, cultural and political traditions. On the other, governance has evolved beyond tradition into a set of values and modified principles that influence how the leaders of government should think and act.

Another perspective argues that governance and its esteem is derived from the perspectives of elites, never common citizens. The alternative view is that governance is seen as ‘good’ or ‘bad’ based solely on which segment of society benefits most from sustaining the existing governance scheme itself.

For example, the notion of governance in Africa, the Middle East and Asia for hundreds of years match European views based on the dominant frameworks of governance which characterise their respective social traditions and cultural history.

For centuries, globally singular leaders, kings and empires dominated many centuries of governance in these areas. However, in some countries more recently a classical sovereign model was rejected in favour of a parliamentary system or elected representatives who led based on popular support.

This implies that beyond a ‘social contract’, as yet unstated or defined, between the governed and their leaders, we favour a system which either reinforces or dilutes the sovereign’s discretion and power. Governance emerges as a concept which has many dimensions to it.

Some would argue that capability to lead, analytical competence, economic resourcefulness, elements of security, social stability and anticipatory strategy to deal with crisis and uncertainty are all seen as essential to governance whether the level of civic sophistication is at its highest or lowest.

Without doubt, certain qualities are assigned to governance which permits its supports and critics alike to reinforce their claims that the governance they worry about is either inherently ‘effective’ or ‘ineffective.’ Criteria vary across the board.

In recent years, we have added qualitative terms to help define what governance includes. As an example, the UN has listed eight major characteristics of good governance:

(United Nations Economic and Social Commission for Asia and the Pacific n.d.)

Through these characteristics, good governance should also assure that corruption is minimised and the views of the most vulnerable in society are taken into account.

In addition, the UN view also firmly endorses an explicit assessment of governance in terms of its net effects on the poor, the middle class and elites with due regard for children, the elderly and those marginalised in society such as the handicapped, mentally ill and even criminals.

The main idea is that governance is now a qualitative barometer and measure of whether government operations are fundamentally flawed or successful.

Today, the opinion of the average citizen is expected to equal that of any well-born or highly educated elite in terms of their relative degree on influence on governance itself that is via the vote, recall, and periodic redress. We know too well that a ‘perfect’ system of governance hinges on diversified views of the human condition, its strengths, weaknesses and inclinations.

The above are typically identified with western values and expectations. It is important to understand that other paradigms of governance exist outside of the western-values mindset and that the same processes, public participation control and influence may not necessarily be accepted or favoured elsewhere.

Where public expectations and living standards are not met, we can see resulting impacts: civil rage, uprisings, coups and social instability as groups clamour for greater influence and impact on government itself.

Opposing strong-man regimes does not automatically result in resilient and secure societies. Examples such as Afghanistan, Iraq, Syria and Libya have shown that destabilising sitting governments can lead to more insecurity and political vacuums that potentially attract extreme ideologies.

What measures, leadership factors and civilian input do you think are the most important governance factors to successfully build a resilient society?

United Nations Economic and Social Commission for Asia and the Pacific (n.d.) What is Good Governance? [online]. available from https://www.unescap.org/sites/default/files/good-governance.pdf

Explore whether cultural, institutional and environmental differences can be overcome to create a more cooperative world.

Power, Politics, and Influence at Work

Discover the causes of global employment inequalities, how workers gain a voice through unions, and the future of work itself.