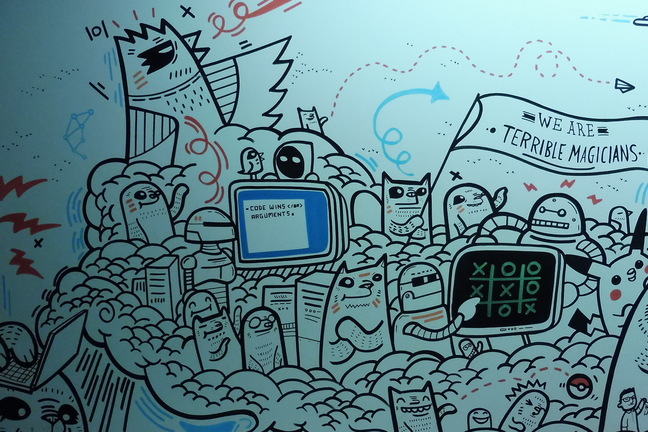 Scoping is an important way to keep your programs tidy. It involves limiting the region of the program in which names ‘exist’ and can be used.

In Haskell, a let expression provides local scope. A let expression has a series of equations defining variable values and a final expression (after the in keyword) that computes a value with those variables in scope.

Here is an example:

What will this expression evaluate to?

Multiple variables can be defined in a single let

What will this expression evaluate to?

Note that the variable names line up underneath one another This is good formatting practice, but is also needed for Haskell to interpret the code correctly. Like Python, whitespace is important in Haskell, certainly in let expressions anyway!

Sometimes in a let, one of the variables might depend on another — in the function below, gallons depends on milespergallon:

By the way, pi is a defined constant in the Haskell Prelude.

There is another syntax for introducing local variables, called the where clause. As we have seen, Haskell is the Swiss army knife of programming languages: there are lots of ways of doing things.

The where keyword, inside an equation, provides definitions for variables that are used in the equation.

Here are a couple of examples

Note that where must be indented more than the start of the enclosing equation.

Like let, we can have multiple variables inside a where clause. Look at this temperature conversion function:

Again, notice that the variables defined in the where clause all line up underneath each other.

You might think let and where are very similar!

However there are some important differences:

In which circumstances do you think it might it be better to use let instead of where? Or the other way round? Please write suggestions in the comments below.

Our lives depend on online services. Gain essential cyber security knowledge and skills to help protect your digital life.

Explore the basic concepts of networks and network security and the tools used by network engineers and attackers.