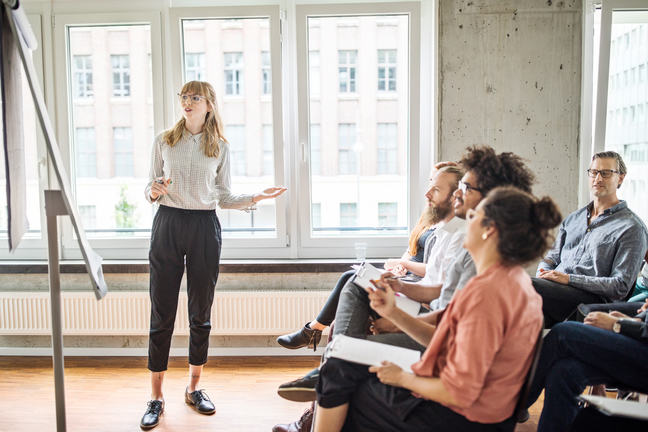 This approach assumes that some individuals are born with certain traits and physical, social and personal characteristics that differentiate them from non-leaders (Allen 1998).

Kirkpatrick and Locke (1991) argued that key leadership traits include:

Northouse (2013) added other traits such as emotional maturity, charisma and creativity.

It is important to note that some traits can make a leader more successful, but no traits can guarantee success. For example, Max Weber, as cited by Burns (2003), argued that height and physical attractiveness have little significance and instead, charisma is needed to be a successful leader because it is:

The greatest revolutionary force, capable of producing a completely new orientation through followers and complete personal devotion to leaders they perceived as endowed with almost magical supernatural, superhuman qualities and powers.

This theory argues that leaders have some unique traits that differentiate them from their followers. If that is the case, then how come some people possess these qualities but are not leaders? Furthermore, why do people with leadership traits become leaders in some situations but not others?

Do these questions indicate the limitations of using trait theories to explain leadership?

Share your points of view in the comments section below. Compare your ideas with some of your fellow learners’ suggestions and discuss any similarities or differences.

Explore the rapidly evolving world of the Internet of Things (IoT) and learn the impact of IoT on home and industrial automation.