This content is taken from the University of Strathclyde's online course, Genealogy: Researching Your Family Tree. Join the course to learn more.
View course
5.4 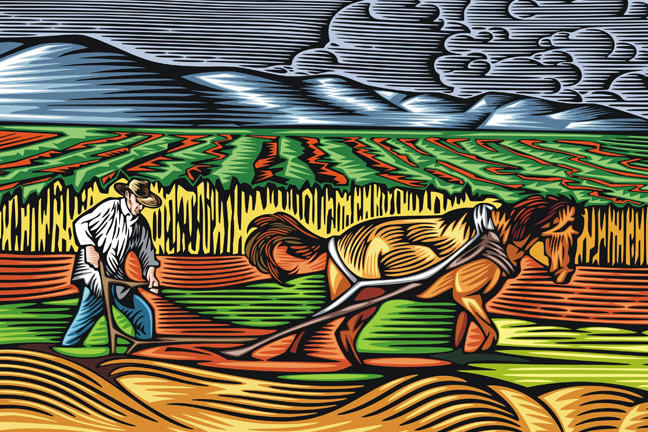 In this step, we’ll have a look at how you might take information from secondary sources to flesh out your family histories.

This will add details which hopefully will bring the places, occupations and so much more to life. 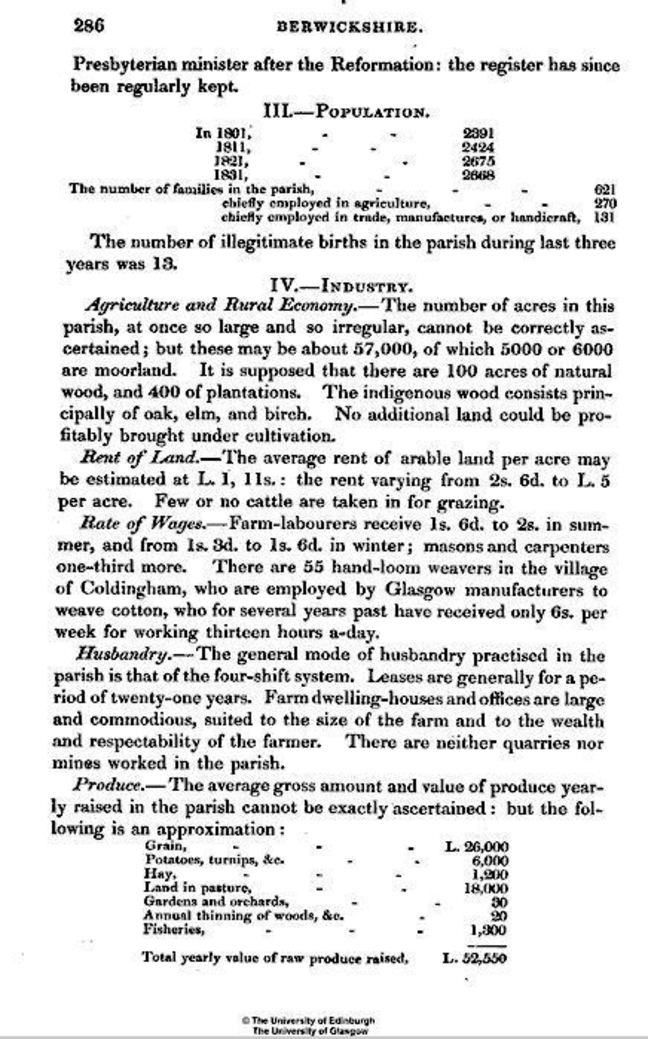 In this text, which refers to the area around the village of Coldingham which is in the Scottish Borders, there is information on basic rates of pay for workers, the general state of housing for farmers, what crops are harvested and what type of trees grow in the local area. Some basic statements that could be made from this to add to a family history are:

‘Great-great Uncle Louis, a carpenter in Coldingham in the 1830s, would probably have been paid about a third more than his brother Andrew Campbell, a farm-labourer working in the same area. Farm-labourers were paid less in the winter so this time of year must have been pretty bleak for Andrew’s family. It’s hard to tell exactly what the farm he worked on grew but the main crops grown in the area were grain, potatoes, turnips and other vegetables and hay with grain bringing in the most value per year.’

Information found in the text above has just been pulled out and added to what was known about the family members, i.e. that Louis was a carpenter and Andrew a farm-labourer and they lived in the area of Coldingham in the 1830s. You need to be careful not to make too many assumptions as what was generally the case, i.e. rates of pay, may not have applied in all cases and so on. However, as a way of giving a general sense of what life was like for your ancestors, local and general histories are a great source of information.

Many older histories have been digitised and can be accessed in online databases. We go over some of these databases in a later step in this week. Using search terms that include the words, ‘local history’ and then the name of the town, county, state, parish and so on that is of interest should help you find something of interest.

The resources in the ‘See Also’ section below can be consulted for some good sources for local and general histories.