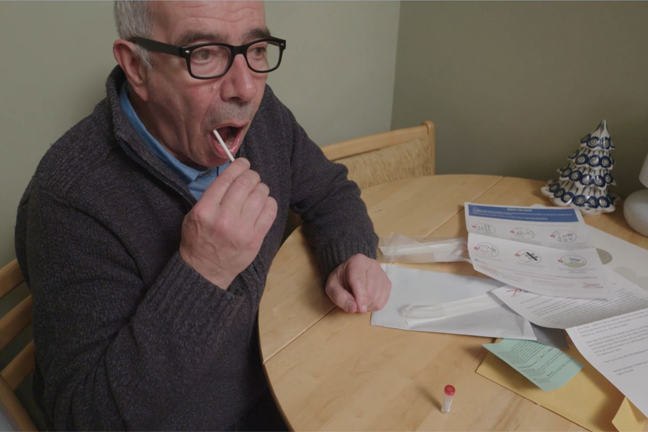 The most popular type of DNA test for genealogy is now the autosomal test.

The attraction of an atDNA test is that it can be taken by males and females, it tests all ancestral lines and can reveal relationships within a fairly recent timespan of around the last two hundred years, rather than the much longer timespans often involved in Y-DNA testing. At present, this test seeks to report results back to around 5 generations with confidence. Matches are usually reported in ranges such as 2nd to 3rd cousins, 4th to 5th cousins, greater than 5th cousins. These results may help you to investigate unknown cousins and reveal information about branches of your family which you have been unable to trace using documentary sources.

An atDNA test does not necessarily disprove a connection which is thought to have occurred 5 generations or beyond in the past. Beyond 5 generations, due to the random manner in which atDNA recombines, you may not have inherited sufficient DNA in long enough segments from one of your ancestors to be identified with confidence by the algorithm used in the matching process. On the other hand, it appears that large segments of DNA can occasionally be inherited from generations earlier than 5 generations ago, making the predicted relationship closer than it actually is.

Another issue to be aware of is when cousins marry cousins. Since they share common grandparents, the amount of shared DNA can be double the normal expected amount and will make the predicted relationship appear much closer than it really is.

Two other types of data can be reported in this type of test. Firstly, there is an indication of the percentages of your ancestry which come from various geographical origins. So, for example, you might be 75% European, 20% Middle Eastern and 5% East Asian. Because this data is deduced by comparing your test result with a database of a world reference population, the reliability of this is dependent on how representative the reference population is. At present, this aspect of the results should be viewed with caution.

Finally, information is also given on the X chromosome. Although this is one of the sex chromosomes and not one of the autosomal chromosomes, results for the X chromosome are currently included as part of atDNA test results. X-DNA is inherited from some, but not all of our ancestors. So far, this component of the results has not been widely exploited, but may become more significant as the body of test results and our understanding of these increases.

It is worth noting that a number of those participating in DNA testing are finding ways of integrating atDNA test results with Y-DNA results to tackle unresolved issues and maximise the value of the two types of tests.