This content is taken from the The Graduate Institute of International and Development Studies's online course, International Affairs: Global Governance. Join the course to learn more.
View course

Let’s turn to the case of the International Monetary Fund (IMF) to illustrate our discussion on the global regulatory toolkit.

Set up at the end of World War Two in order to promote international monetary cooperation, the International Monetary Fund (IMF) has since been a symbol of economic and financial liberalisation. In many countries it has been viewed as the agent of financial markets that imposes a macroeconomic straight jacket to all those who need its assistance. From this perspective, membership of the IMF comes at a high sovereignty cost. This is the price to pay for establishing macroeconomic credibility in a world of competition for foreign investment. In other words, the rules of the IMF seem to belong to the hard law category. While it would be difficult to deny that indeed the conditional loans granted to countries in dire financial situations possess the attributes of hard law, the situation is quite different in other domains of activities of the Fund.

Let us consider two important roles assigned to the Fund, namely promoting exchange stability and maintaining balance of payments equilibrium. As for the former, the IMF should act to maintain orderly exchange arrangements among members, and to avoid competitive exchange depreciation, a problem that led to a vicious negative spiral between WWI and WWII. As for the latter, the IMF should act to shorten the duration and lessen the degree of disequilibrium in the international balances of payments of members. The empirical record, however, shows that periods of disequilibrium have tended to become both more frequent and longer, particularly since the mid 1990s. Deficits and surpluses have become persistent (with a mean average between 5 and 10 years for deficit countries depending on the group of countries considered), raising the issue of the inability of the system to readjust through exchange rate fluctuations. This in turn has fueled political debates about currency manipulations and efforts by surplus countries to prevent exchange rate re-evaluation that would slow down export-led growth. Specifically, there has been recurrent stigmatisation of China for alleged manipulation of its currency at the cost of job losses in Europe and in the USA. 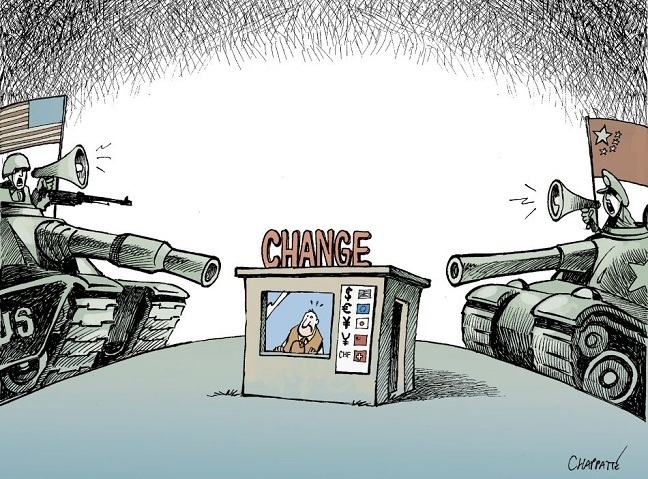 Those debates are reminiscent of those against Japan and Germany in the 1960s and 70s, and bring into question the IMF’s role. Leaving aside for a while the issue of whether there is indeed currency misalignment on the basis of the economic fundamentals of the alleged manipulators, the point here is to consider the nature of rules applying to IMF members regarding exchange rates. They can be found in article IV of the IMF Articles of Agreement, the founding treaty of the organisation. According to this article, each member shall collaborate with the Fund and in particular shall (italics mine):

>Section 1: (i) endeavour to direct its economic and financial policies toward the objective of fostering orderly economic growth with reasonable price stability, with due regard to its circumstances; (ii) seek to promote stability by fostering orderly underlying economic and financial conditions and a monetary system that does not tend to produce erratic disruptions; (iii) avoid manipulating exchange rates or the international monetary system in order to prevent effective balance of payments adjustment or to gain an unfair competitive advantage over other members; and

>Section 2: (b) Under an international monetary system of the kind prevailing on January 1, 1976, exchange arrangements may include (i) the maintenance by a member of a value for its currency in terms of the special drawing right or another denominator, other than gold, selected by the member, or (ii) cooperative arrangements by which members maintain the value of their currencies in relation to the value of the currency or currencies of other members, or (iii) other exchange arrangements of a member’s choice.

Is article IV an illustration of hard, soft or medium legalisation? If one combines the conditions in italics in Section 1 of the article with the range of choices left to member states in Section 2, the verdict is that member states have a lot of leeway regarding exchange rate policy. Particularly illustrative is the use of the term “unfair competitive advantage” in Section 1 (iii) regarding the prescription of exchange rate manipulation. Assuming that China has indeed been manipulating its currency (evidence on this is limited and contested in the literature), this would only constitute a breach of the IMF contract if the advantage over its competitors, in particular the USA, would be considered to be unfair. Adjusted to the challenges facing China and the need to pull out millions of citizens out of poverty, there is room for significant competitive advantage allowed to the country short of any legal action.

The IMF example is by no means exceptional, quite the contrary, of the ambiguity of the wording of rules accepted by states in binding international treaties. The creation of bodies with significant power to monitor and enforce commitments is often assorted of larger array of choices and constraints worded in imprecise terms.