From hard law to soft law: choosing along a continuum

Our previous discussions have highlighted the need to have both hard law and soft law instruments in a world in which priorities and preferences remain very heterogeneous among actors. This being said, is the dichotomy between hard law on the one hand and soft law on the other a useful one?

According to this divide, the UN Framework Convention on Climate Change (UNFCCC) and the Kyoto protocol are both hard law as they both are international treaties with legally binding obligations for their signatories. Yet, the UNFCCC imposes only vague obligations, whereas state commitments for industrialised countries were very clear under the Kyoto Protocol. Similarly, members of the World Trade Organisation (WTO) have to ratify all WTO agreements but obligations on trade in goods deriving from the GATT agreement are much more encompassing than those for trade in services deriving from the GATS agreement. So hard law may have very different meanings and impact. And ultimately some hard law instruments may not be worth much more than the paper on which they are written. In contrast, international standards can be very specific in their behavioural implications and as such are easier to monitor and more difficult to escape the purview of accountability.

On this premise, joint work by legal scholars and political scientists has proposed to consider international regulatory instruments along a continuum from hard law to soft law. To do so, they consider three dimensions in the instruments – obligation, precision and delegation. Obligation refers to the legally binding nature of the rule. Precision considers the clarity of the rules in terms of requirement, authorisation or prescription. Delegation, finally, is about the extent of authority granted to third parties to implement, interpret and adjudicate the rules. Different combinations of levels of obligation, precision and delegation bring different levels of “legalisation” that can be adjusted to the context and preferences of actors both at the time of ratification and subsequently. Few instruments score high on the three dimensions – the European Union provisions on the single market, the International Criminal Court and the European Human Rights Convention being prominent examples. Going back to the contrast between treaties and technical standards, the former clearly score higher on obligation but the situation is less clear-cut on the other two dimensions.

Within this new approach to the categories of regulatory instruments, a practical question is what would drive the choice of states along the three dimensions. In other words, when would they opt for high levels of legalisation in contrast to lower levels? 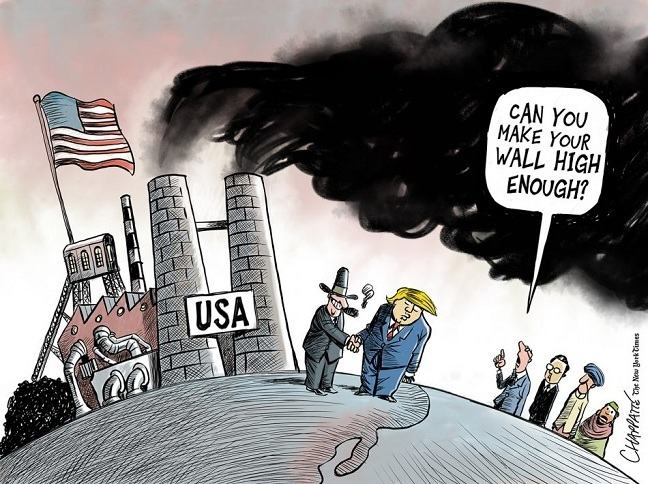 One way to think about this question is to consider regulatory instruments as contracts between states. Clear, binding contracts reduce the uncertainty of international relations, help reassure other parties and bring a longer-term horizon to transactions. They make states’ commitments more credible and less dependent upon domestic economic or political vagaries. Given that contracts are always incomplete, delegation of power to third parties reinforces commitments. Yet a high level of legalisation comes at the cost of loss of sovereignty and margins of flexibility in case of unexpected difficulties, a bit like Ulysses tied to the mast of his boat, unable to respond to bad weather. The analogy has its limits as states can always decide to untie themselves from the mast, as recently illustrated by the choice of the USA to pull out of the Paris climate agreement or by the UK citizens to withdraw from the EU. Yet this often comes with significant cost, something that came as a surprise to many UK voters.

Clearly, sovereignty costs are clear influencers of choosing lower levels of legalisation. Sometimes the choice may be by default or a temporary, first, step toward higher levels of legalisation – the adoption of the UNFCCC mentioned above being an example. But lower levels of legalisation have two main specific merits. First, they can better adapted to the state of knowledge about the problem to be addressed by the regulatory instrument, thus unnecessarily binding states to a sub-optimal solution. Second, softer instruments are better adapted to a world of heterogeneous preferences, different priorities and different capacities. As such, they help to find political and technical compromises in a way that more binding instruments fail to do.

To close our discussion on this approach on the choice of regulatory instruments, it is worth thinking about the overall implications for global governance of the efforts of various actors to tailor the legalisation of the instruments. Fragmentation, patchwork, messiness, redundancy and overlap may well characterise the situation, to the dismay of those who would prefer a clear-cut architecture, a well-ordered system or a constitutional order.