This content is taken from the Hanyang University's online course, Global Resource Politics: the Past, Present and Future of Oil, Gas and Shale . Join the course to learn more.
View course
2.10

Let’s look at the unconventional oil and gas production potentials of countries other than the US. 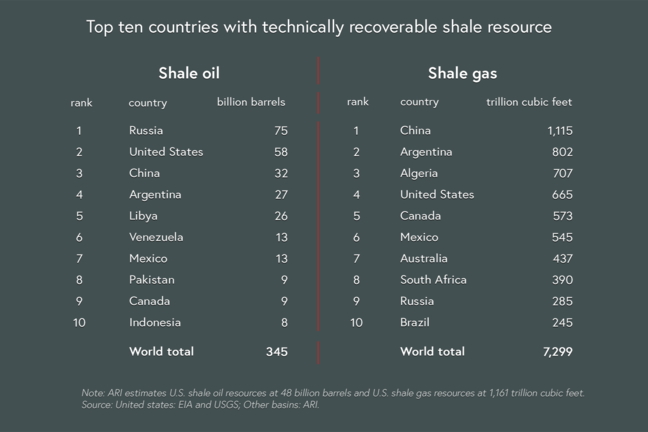 China’s Ministry of Land and Resources has a more conservative estimate of 25 tcm. Both assessments are higher than the 24.4 tcm (862 tcf) of shale gas reserves estimated for the US (the second largest).

The global natural gas consumption in 2011 was about 110 Tcf. The global estimates have increased in the last 30 years from about 3,000 Tcf to 8,000 Tcf of natural gas mostly in Russia, Iran, Qatar, and Turkmenistan.