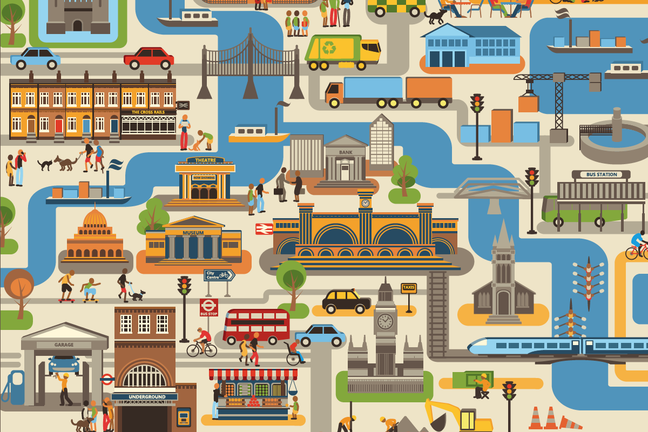 A city in the making

A system is here defined to be

Here we focus on the first two of these. The second two are developed further in our sister course Systems Thinking and Complexity.

Thus a system is composed of a set of at least two elements and at least one relation that holds between them. Each of a system’s elements is connected to every other element, directly or indirectly. As the poster above illustrates2, cities are systems with many elements, many relationships, and many subsystems.

Russell Ackoff, an important early systems thinker, gave great insights into social and economic systems of systems.2 Ackoff argued that many management interventions failed because they attempted to improve the whole by improving the parts in isolation.