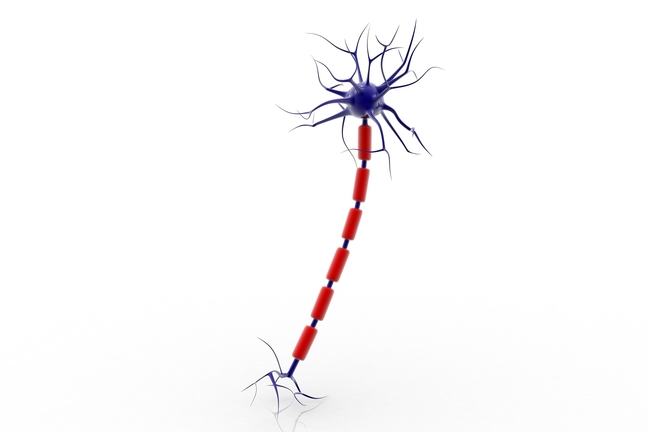 What is the brain made of?

Like all organs and tissues in the human body, the brain is made up of individual units known as cells; a fact not universally accepted until about the mid 19th century. Although we know the brain has astonishing functionality, from a cellular perspective it is only composed of two cell types and in simple terms we can consider these two to have different functions. These two types are known as neurones and glia.

Neurones - These are the information processors and transmit messages around the body. Next week we will look at how they are able to do this and how this process can be altered for good or for bad.

Glia - These cells were originally considered to provide some form of basic physical support for neurones, indeed their name is derived from the word for “glue”. Over time this view is changing and we now recognise that there are a number of different subtypes of glia, each with their own function. Furthermore, the evidence suggests that they are critical for normal nervous system function. Next week when we are looking at information transmission we will meet one of the types of glia that has a key role in this process.

How big are the neurones?

Almost all human cells are microscopic and neurones and glia are no exception. For this reason, although the contents of the skull have intrigued humans for thousands of years, we didn’t realise that the brain was made of cells until relatively recently. The invention of a microscope which could magnify sufficiently to see cells in around the middle of the 17th century allowed us to peer at tissues more closely. However, for two main reasons, recognition that neurones were individual cells took until the 1800s. Firstly, neurones are smaller than many cells, so microscope technology needed to improve and secondly, most of them are colourless, so to see them clearly requires that they are stained with a visible substance that makes them stand out against the background. The most effective stain was discovered by the Italian Camillo Golgi which would stain, what we now know as, entire neurones. However, somewhat perversely, he did not believe that the elements he observed were discrete cells but instead were part of a large continuously connected network. It took the work of Ramon y Cajal, who used Golgi’s stain to systematically study different regions of the brain from a whole variety of species, to finally provide the evidence that neurones were individual cells.

This work was considered so important that Golgi and Cajal were awarded the Nobel Prize in Physiology or Medicine in 1906 “in recognition of their work on the structure of the nervous system”.

So what has all of the work of Cajal and those who have carried on the work since told us about the structure of neurones? That is the subject for the next video.