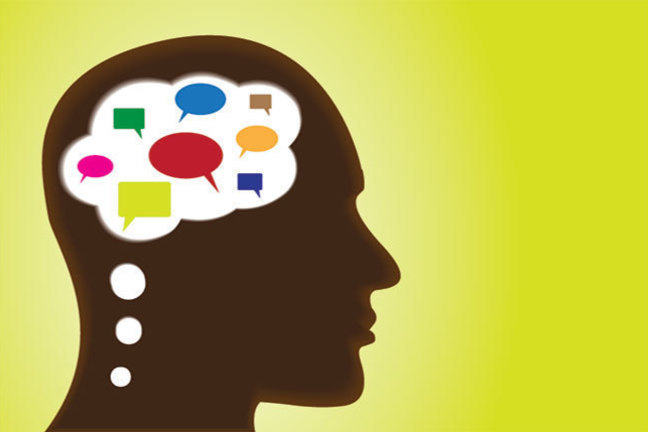 From the previous article, it follows that to understand language, the brain will need to have a region of high level association cortex that can take the basic recognition of sounds (recall we identified the auditory cortex as receiving information about sound) but combine that with other forms of information, such as visual or maybe having retrieved information from memory.

As with so much of our knowledge, early indications of brain regions associated with language came from studying those with brain damage. One of the striking features that emerges from this body of work is that most of the time the damage was on the left hand side of the brain.

Recall that in a Week 1 video - What does the brain look like? - we looked at the external appearance of the brain and noted that the outer layer was in two halves. Up until now we have not made any distinction between these halves and indeed for basic sensory processing there is a general rule: sensory information originating on the left side of your body is processed by primary cortex on the right side of the brain and vice versa. However, for higher levels of language sensory processing and production it appears that, in the majority of humans, this all occurs in the left-hand side of the brain only.

Two individuals who greatly contributed to this work are Wernicke and Broca and even now we name the regions of the brain that they identified as being important for language after them.

The realisation that Wernicke’s and Broca’s areas were involved in language processing and production, respectively, means that if someone has a language problem after a brain injury we can predict which part has been damaged by the problem that they have.

For each of the cases below, do you think that the individual is more likely to have damage to Wernicke’s or Broca’s region? Discuss your ideas in the comments section. You can also add the links to any particularly good resources you find.

An elderly woman was found collapsed on the floor and taken to hospital with a suspected stroke. Her family noticed that she seemed to follow and understand their conversation but when she tried to join in she seemed to find it hard to produce words and when she did they were a bit slurred. However, when she sent cards thanking her friends for flowers, her written language was good.

A man was violently attacked in the street by a gang wielding heavy implements. When he regained consciousness in hospital the staff realised that he appeared to be talking, although the words he produced weren’t in any particular order. When a physiotherapist visited him and gave him instructions for beginning some gentle rehabilitation, he seemed to find it hard to understand what was meant.

Discover the human abdomen as you explore its key features, how it works, and learn about common gastrointestinal problems.