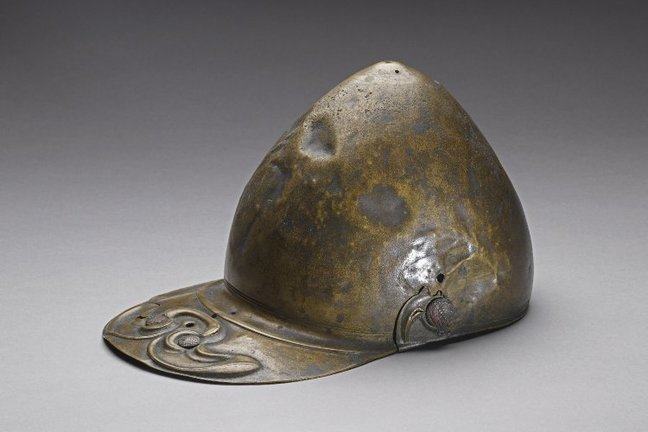 © Trustees of the British Museum

The conquest that never was: Rome beyond the Tyne-Solway line

It is clear that as he wrote the biography of his father in law, Agricola governor of Britain, the great Roman historian Tacitus was exasperated. Writing of Rome’s great campaigns in northern Britannia forty years before Hadrian’s Wall, Tacitus glorifies Agricola for advancing Roman control, but claims that at the end of his governorship:

Britain completely conquered, was at once neglected (Tacitus Histories 1.2)

Is this true? Did the failure lie, as he claims, in the petty jealousy of an imperial tyrant (the Emperor Domitian) resentful of the governor’s successes?

These questions matter because the abandonment of the campaigns Tacitus claims were so important ultimately led Rome to place most of its British army on the line that was to become Hadrian’s Wall.

Tacitus’ account also raises questions about how we balance different types of evidence, in this case, a literary account against archaeological data. Take the picture above for example. This helmet dates from the period of Rome’s first campaigns in northern Britain. It has a Roman form, but is decorated in a Celtic style. Literary sources have nothing to say about it, but to archaeologists this combination raises important questions about culture conflict and cultural change.

Much of Britain remained under Roman control for centuries, but despite several brutal campaigns in the north, the Romans never conquered the land beyond the Tyne-Solway. This raises the question of how significant Agricola’s campaigns into Scotland really were. For these we have two sources, Tacitus’ written account and compelling archaeological discoveries. Both have weaknesses.

Let’s look at the literary evidence first. Not only was Tacitus writing about a relation (hardly the recipe for objectivity) but his Life of Agricola was also written as a moral argument. Tacitus was interested in what a good person, by his definition, should do in a position of influence at a time of tyranny. Gnaeus Iulius Agricola was governor of Britain c. AD 77-85, and his governorship coincided with the reign of the Emperor Domitian – a man reviled as a savage despot by historians. Tacitus presents Agricola (who probably was talented - the governor of Britain was a prestigious post) as an idealised figure to whom he attributes all Rome’s military and civil ‘achievements’ in Britain.

Archaeological evidence suggests, however, that some changes Tacitus attributes to Agricola were probably undertaken by previous governors. Whilst it is difficult to date events precisely enough to link them to alleged and real historical events, there is no doubt that Roman soldiers established major military bases along the Tyne-Solway well before Agricola. Dendrochronology (the dating of tree rings in timbers) shows that the Romans were already preparing a fort at Carlisle in AD 72/73, and similar evidence exists for sites at Vindolanda and Corbridge.

That said, Agricola’s presence probably coincided with a turning point in the campaign. Tacitus writes engagingly of a decisive Roman victory (which we will look at in detail next week) before claiming that Britain was neglected. He thus implies that proper consolidation of victory (the incorporation of what is now Scotland into the Empire) would have required a commitment that was lacking.

Archaeological evidence also suggests that the Romans had control of Scotland in mind. In addition to many smaller installations, they began work on a legionary fortress at Inchtuthil. The decision to abandon this was almost certainly not as whimsical at Tacitus implies. Soldiers were urgently needed to bolster Rome’s positions on the Danube, then under massive pressure from a new superpower, the Dacians. With reduced numbers, the first great advance gave way. The soldiers fell back to the Tyne-Solway, a line allowing better communication and supply (by land and sea) than any Rome could afford to occupy to the north. Consolidation in this zone led to the establishment of what we speak of as the Stanegate system, and in turn Hadrian’s Wall.

The line was held, with varying degrees of success until the closing stages of Roman rule in Britain in the early fifth century. But even when the Wall was established Roman commanders did not see it as a barrier to their operations. Shortly after the death of Hadrian the army pushed north to establish a new wall, the Antonine Wall, between the Forth and the Clyde in southern Scotland. This was occupied for a generation, before the army withdrew south and reoccupied Hadrian’s Wall (c. AD 158).

Other campaigns followed. In AD 208 the Emperor Septimius Severus led a substantial field army and his warring sons into the north. His operations, which concluded in AD 211, were savagely criticised by Cassius Dio, a contemporary writer (Dio Roman History 77. 11.1-77.15.4). We discuss the evidence for the Severan campaigns in more detail in week five. Further campaigns are known to have taken place in AD 305 and 382 (Panegyrici Latini Veteres 6(7).7.2). But Rome’s presence was not limited to sporadic campaigning – it also used outpost forts, patrols, spies and alliances to maintain its interests in Northern Britain.

There is a full online version of Dio’s Roman History available online in several different formats if you are interested in exploring it further. The link is in the ‘See also’ section below.

Consider the merits of a written account relative to archaeological evidence: