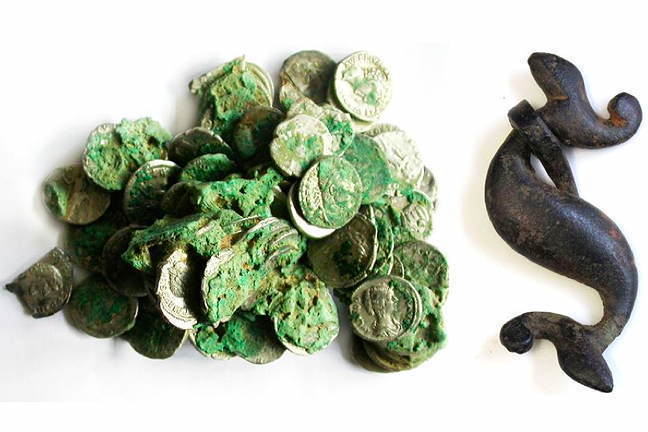 Beads for the Barbarians

Roman objects are regularly found to the north of Hadrian’s Wall, as far north at the northern tip of Scotland. The question is how and why these objects travelled so far.

Hadrian’s Wall monumentally separated the citizens and residents of the Roman provinces south of the Wall from barbaricum – the land of barbarians – to its north. Frequently, the Wall is seen as a military frontier, occupied by thousands of soldiers. However, the large population of soldiers and the thousands more people attached to those soldiers – craftsmen, servants, slaves, and family – provided further opportunities for the mixing of Roman and barbarian societies beyond the battlefield. One aspect of barbarian-Roman relations is the economic impact of the Roman frontier. Barbarian peoples now had the prospect of engaging with Roman material culture.

So how and why might these objects travel so far north?

In reality, the answer is probably a complex mix of all the possibilities above, and we must try to understand how any Roman objects were perceived in barbarian societies. Dr Fraser Hunter, for example, has pointed out that the objects that are most frequently found north of Hadrian’s Wall are those that could be readily used by barbarians. Notably, most of the coins found in barbaricum are silver denarii; as coins, they have little use as there was no cash economy north of the Wall, but as silver objects they can be melted down and reused to make other objects. Similarly, certain dress accessories, like the dragonesque brooch, and drinking and feasting equipment are also more common objects found in barbaricum.

So while it is unlikely that the full range of Roman objects will have had a use amongst barbarian peoples, there were a number of ways in which these people could access Roman goods. When Roman objects were acquired, barbarians did not simply mimic Roman practice, but incorporated these pieces into their own society.