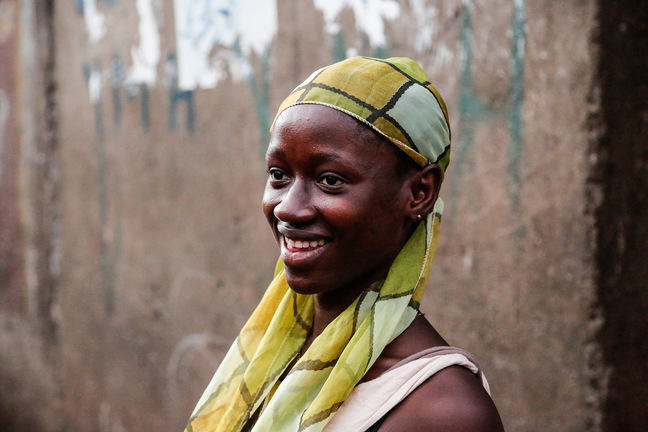 What does a successful humanitarian intervention look like? It is important to note that even in the midst of a devastating crisis, interventions to target specific health outcomes can still be successful.

This article looks at the importance of community engagement in tackling the Ebola crisis, and reflects on a case study from Iraq, outlining a military-assisted intervention that was successful in providing relief and much needed aid.

What is ‘success’ in a humanitarian intervention?

Increasingly the success of interventions has come under scrutiny by the public, media, and donors, who demand accountability for quality, performance, and cost-effectiveness. It is essential to learn and understand which health interventions are the most effective in reducing the magnitude and severity of illness and death in crises. In spite of a lack of strong evidence in the past, today we know more about what health interventions work in humanitarian crises and how they can be implemented1.

The importance of meaningful engagement with communities in the response to and recovery from crises has now gained prominence, most recently in the West Africa Ebola outbreak2. It was the largest in history, resulting in over 28,000 infections and 11,000 deaths3, many of which were the result of burial practices involving touching infected bodies.

Over the first six months of the outbreak, there was widespread fear and stigma associated with Ebola, and throughout the summer of 2014 medical interventions alone were unable to slow the outbreak as more and more people became infected and died. However, eventually governments and non-governmental organisations (NGOs) realised that education and community mobilisation would be essential to stop the spread of Ebola4.

Through the use of media campaigns and mobile technology, knowledge about proper burial practices and hand washing increased, and the epidemic eventually subsided2.

Beyond health interventions, humanitarianism has been also seen as the “infringement of a state’s sovereignty by an external agent for the sake of preventing human rights violations”5,6,9. During the 1990s and to a lesser extent, the 2000s, we have witnessed a number of military campaigns aimed at lessening the impact of armed conflicts on civilian populations. These have sometimes been conducted with the approval of the United Nations Security Council, and qualified by their initiators as ‘humanitarian’ to promote the idea that the international community has a responsibility to protect civilians in times of danger and when in need of humanitarian assistance.

After the military operation Desert Storm in Iraq, a Kurdish rebellion seized control of most towns in the north of the country. The response from Saddam Hussein’s regime was immediate and brutal, killing more than 20,000 Kurdish people, most of them civilians. The Iraqi army continued its progression, forcing more than 1.5 million people to leave their homes and travel in the direction of Turkey and Iran7,10. The Turkish government decided to close the border and Kurdish populations were blocked in the mountains during winter, without any access to clean water, food, and healthcare. By April 1991, mortality rates at the Turkish border were 45 times greater than the 1991 average in Iraq, with children suffering from severe malnutrition and diarrhoea8,11. It is estimated that 6,700 people died in two months during April and May 19919,12.

In April 1991, the UN Security Council passed Resolution 688 and launched the first humanitarian intervention of the post-cold war era. Operation Provide Comfort ran between April and September 1991 and aimed to address the immediate causes of death of refugees by providing medical assistance and creating a ‘safe haven’ to enable Kurdish people to return to their homes. During this period of time, 700,000 refugees were provided with shelters and 70% of Kurdish villages destroyed by the Iraqi army were rebuilt. The camps were designed to reflect Kurdish culture and were composed of five-person tents, a 66-person tent neighbourhood (Zozan), a 1,056-person tent village (Gund), and a 2,500-person tent community (Bajeer). The provision of security and safe zones helped Kurdish families return to their homes10.

In terms of health outcomes, food was delivered by planes, mortality decreased, and malnutrition was reduced. Collaboration between the military and humanitarian agencies was very positive thanks to the provision of security and good distribution of tasks between agencies.

These case studies highlight the need for context-specific humanitarian interventions that can adapt to realities on ground, as what works in one setting may not work in another. Community engagement is also a powerful tool used to ensure that behavioural changes will occur. In addition, while military assistance is often viewed as a last resort in humanitarian interventions, it can be valuable once other options for intervention have been exhausted.