This content is taken from the Manchester Metropolitan University, The University of Manchester & MAHSE's online course, Understanding Innovation in the Healthcare Sciences. Join the course to learn more.
View course

Understanding Innovation in the... 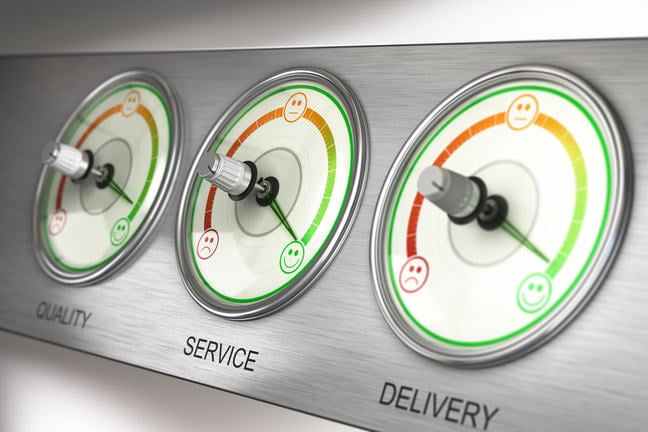 Measuring the current service to identify the problems

The histogram, is a graphical representation of data in the form of bars and is sometimes referred to as a bar chart. The histogram is an excellent way to graphically represent numerical data such as turnaround time for test results.

For example, the histogram in the example below shows fictional data for sample turnaround time (mins) in a blood science laboratory. As you can see, the sample turnaround time varies throughout the day, related to the volume of work arriving in the department, from outpatients and family doctors. While the data here is fictional it illustrates how a simple graphical representation can make it easy to spot patterns.

Histograms can be created very easily in any spreadsheet programme. 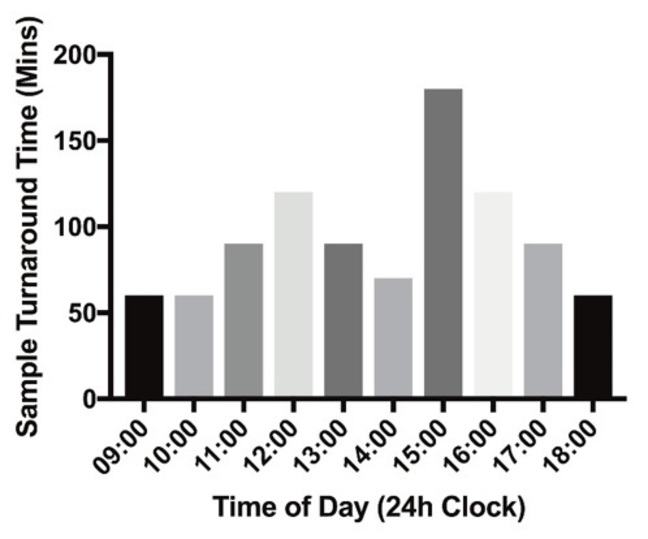 This is a variation on the histogram and is based on what is known as the Pareto principle, or the 80/20 rule. Basically, what the 80/20 rule means is that in any group of factors that contribute to an effect, 80% of the effect comes from 20% of the causes. 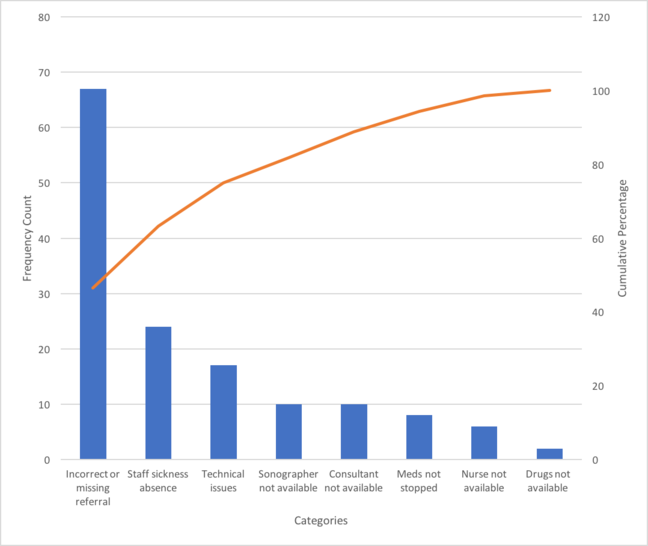 Again, you can draw these diagrams easily by hand, but use the technology to help you. The chart above was generated using a standard readily available spreadsheet.

A scatter diagram is a graphical representation of the relationship between two continuous variables. They can be used to look at the cause and effect between two variables. Let us look at an example. Suppose your brainstorming sessions highlighted staff shortage as a cause of increased turnaround time and you wished to evaluate the relationship between the number of staff on duty and the sample turnaround time in a blood science department. The scatter diagram is a simple representation of both these variable. An example is shown below. 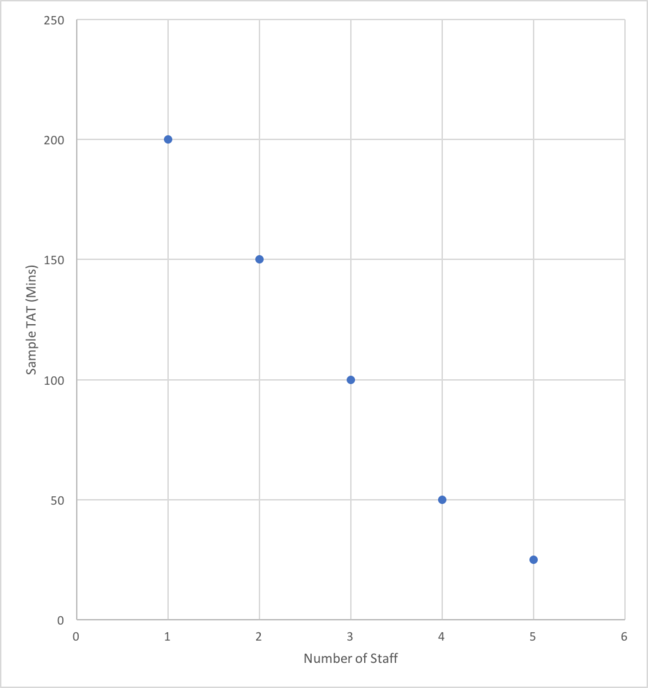 Will any of the tools described above help you in establishing the baseline for your proposed innovation? Use the comments section to write a few words about the tool you think is most appropriate. Reflect on other comments and consider if their choices are appropriate.

Understanding Innovation in the Healthcare Sciences

Assessing your idea and finding support

Explore the product design process of MedTech devices and examine future trends in healthcare technology and the MedTech industry.