In previous steps we looked at just some of the ways books were advertised; but another fascinating part of the book trade in the early modern period is how books were bought and sold.

While some owners were lucky enough to inherit books, the vast majority of owners bought books on the open market. Books could be bought from street vendors selling cheap books and pamphlets, such as almanacs; from a printer/bookseller’s own shop; at a book-trade fair; and, from the late sixteenth century onwards, at book auctions. 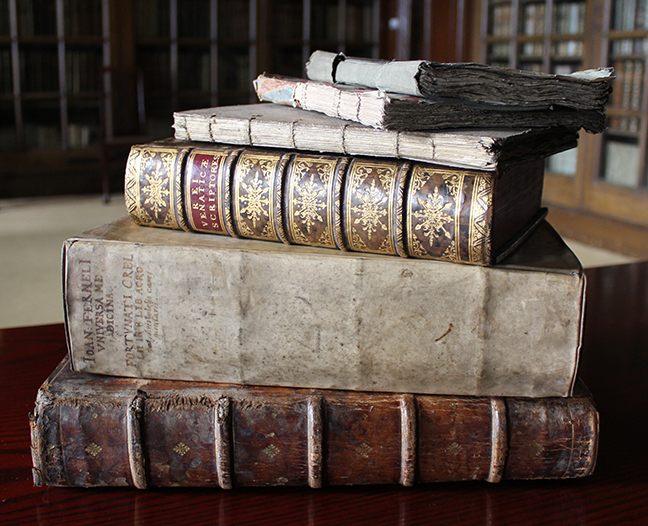 Printers wanted to appeal to the widest possible market and, in so far as possible, to cut down on their own costs. They did this in a number of ways. 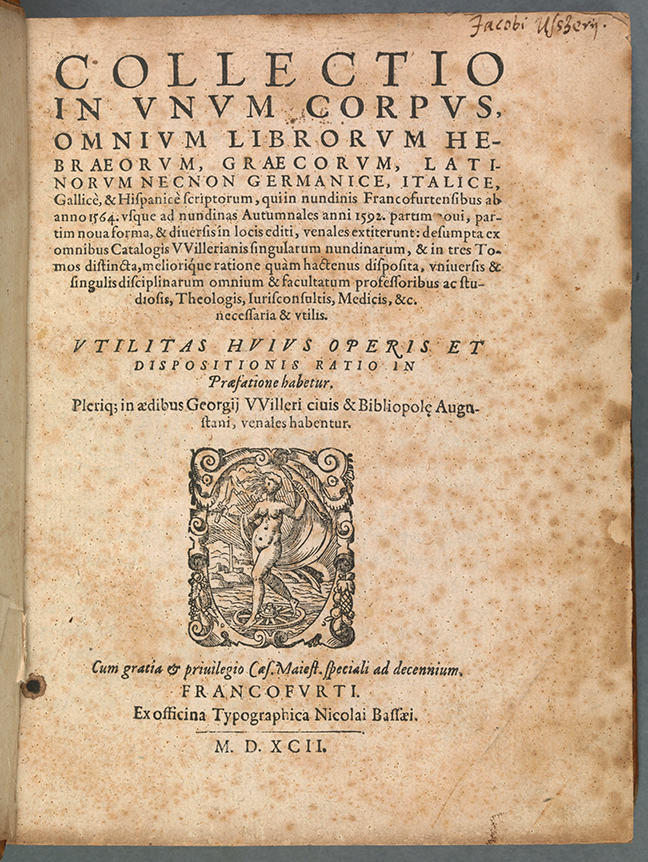 Catalogues of trade fairs played an equally important role in helping booksellers decide what stock to buy for their shop. Such trade catalogues were useful for other potential buyers too. From the mid fifteenth-century until the seventeenth century, the Frankfurt Book Fair dominated the European book trade. This image of the title page of its 1592 catalogue shows the wide range of material available. It was to this fair that many booksellers brought their wares for distribution and its organisers were quick to see the potential of trade catalogues.

By the end of the sixteenth century it was becoming clear that the huge second-hand trade needed to be organised too. The first book auction was held at Leiden in 1599 by the famous printing house of Elzevier. The Elzevier press recognised that the University of Leiden (founded in 1575), was a potential goldmine for recycling second-hand material: its scholars offered a steady stream of potential buyers as well as an increasing supply of second-hand stock. Other booksellers followed their example and auctions became increasingly common throughout Europe. 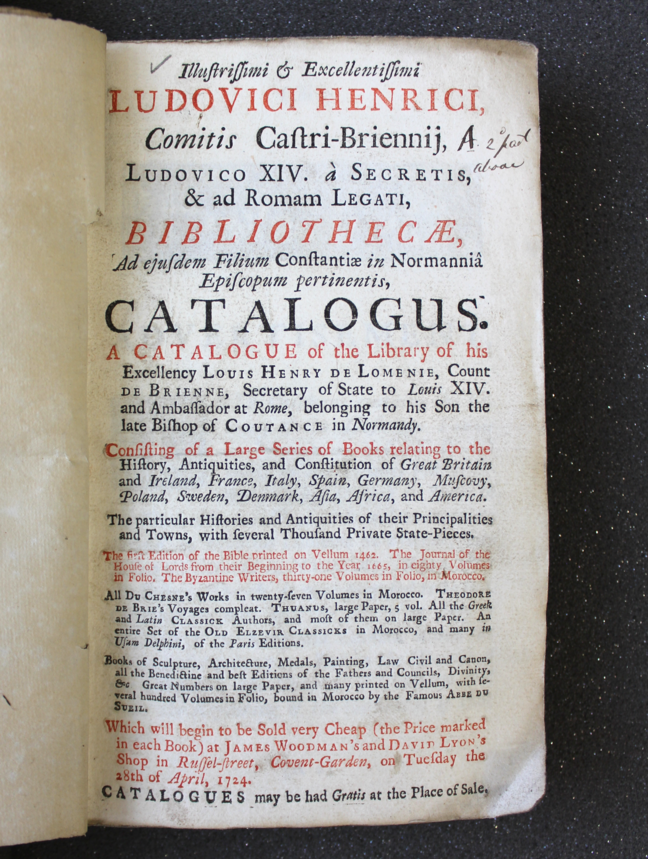 Fig 3. A Catalogue of the Library of … Louis Henry de Loménie … (London, 1724), title page. © The Trustees of the Edward Worth Library, Dublin.

However, auction and sales catalogues need to be treated with care. Title pages of auction catalogues were designed to draw people to the auction – by fair means or foul. The title page of the auction of the library of Louis-Henri Loménie, Comte de Brienne (1635-98), which came on the market in London in 1724, certainly included a number of fictitious claims.

It was simply not true that Louis-Henri had been an ambassador at Rome or that his son had been the Bishop of Coutances in Normandy. The reference to ‘the famous Abbé du Sueil’ must refer to Augustin du Seuil, a bookbinder during the reign of Louis XV, but he had never been an abbé. It is clear that the booksellers, Woodman and Lyon, were deliberately talking up their wares. Not just that, but they also recycled some of Brienne’s library in later sales.

In early modern auctions it was a case of buyer beware!