Looking at people and materials

Paper was one of the most expensive materials used in book production and during this period it was usually made from rags and hemp fiber. This sixteenth-century image of a ‘Paper Maker’ shows us how these rags were turned into paper. 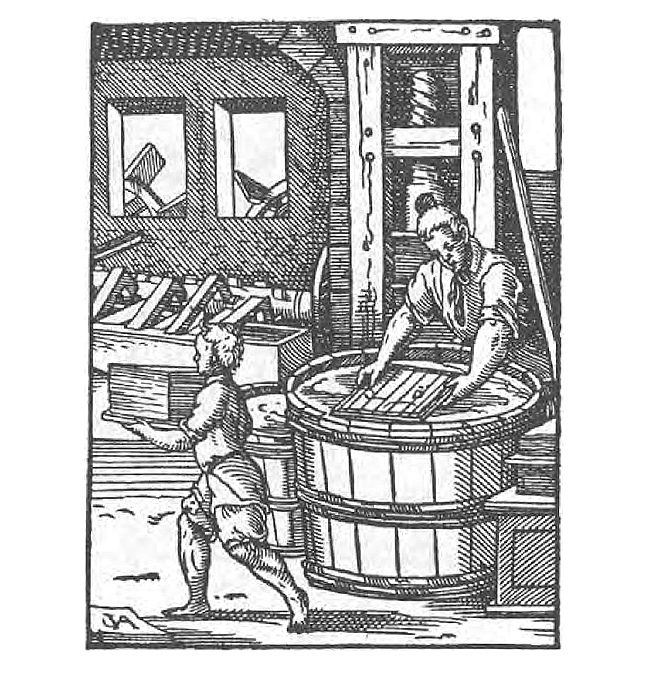 The water-powered mangles to the left beat cloths and hemp fibre into a pulp. To the right, the ‘vatman’ carefully scoops up the pulp into a mould. Look carefully and you can see lines across his mould – these are called chain lines.

Once the water had drained through the mould, the ‘coucher’ would carefully transfer the still damp sheet onto a piece of felt to help it dry. These sheets would be built up, layer by layer, and then brought to a wooden screw press (behind the vatman), for pressing (to get rid of excess water). After that the sheets were air dried in drying lofts. 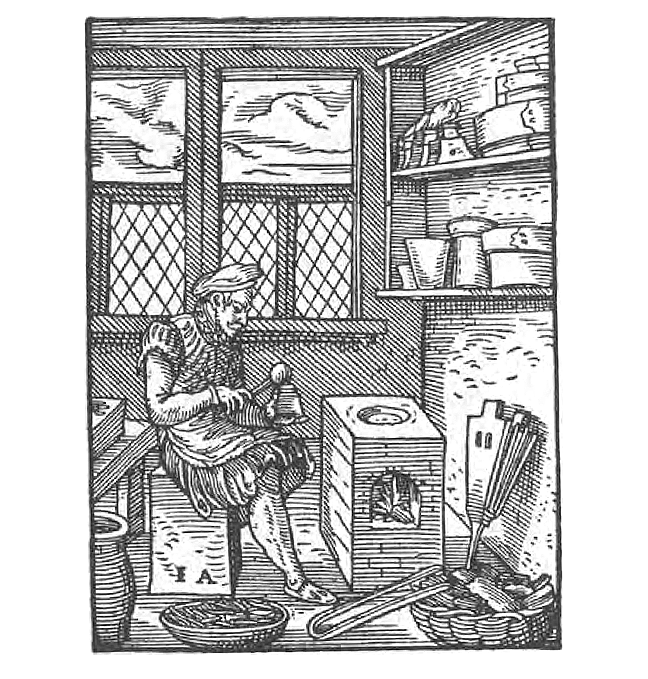 The Type Caster was vital to printing. He cast type from tin, lead and antimony. Here we see him in the act of pouring molten liquid into the type-mould. Inside the mould was a copper matrix in which the shape of a letter had been punched. The liquid would fill the space of the letter and, once cooled, the letter would be ready to send to the printer. Casting type was a slow process: as this image reminds us, all early type was cast by hand. 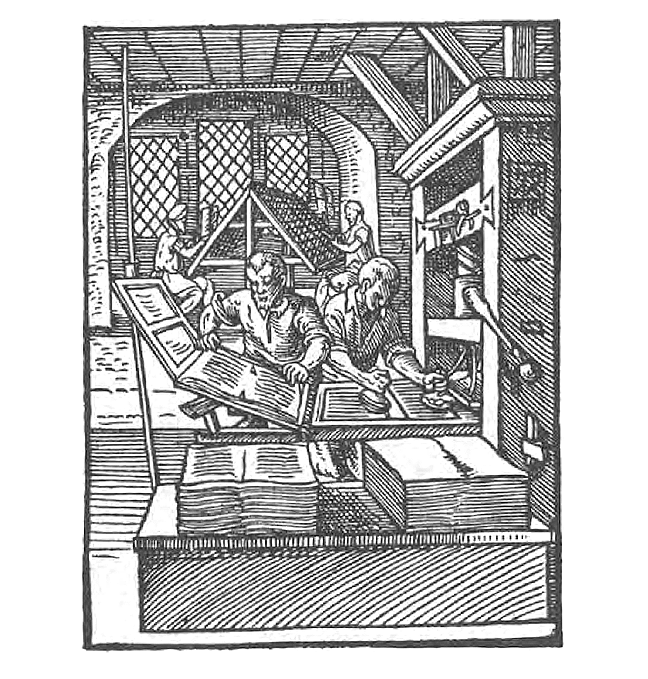 This image of a printer’s workshop shows several workmen: in the background we see compositors at work, carefully sorting the alphabetic characters needed for each page. In the foreground the printer inks the forme (containing the type), just before his companion places a sheet of paper on it.

The paper would then be pressed onto the inked forme. Immediately in front are stacks of printed and blank pages.

Once the pages had been printed the leaves would then be folded. If a leaf was folded once it was called a ‘folio’ (2 leaves or 4 pages of text). This was the largest size book and therefore the most costly. If the sheet was folded twice it was known as a ‘quarto’ (4 leaves or 8 pages). If it was folded three times it was known as an octavo (8 leaves and 16 pages). One way of identifying the format of books is to hold a leaf of paper up to the light: in a folio the chain lines of the paper mould stand out as vertical lines; a quarto has horizontal lines and an octavo has vertical lines. 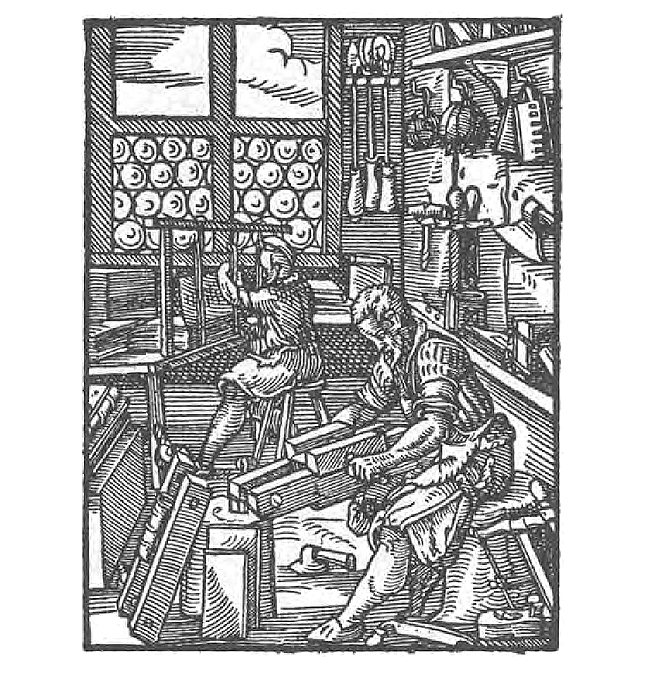 At the bindery the leaves were gathered into sections known as quires (originally 4 sheets forming 8 leaves or 16 pages). In this image of a bookbinder’s workshop we see two figures: in the back-ground a binder, using a sewing frame, busily sews the quires of paper together to form the text-block. In the foreground his colleague ‘ploughs’ the edges of the text-block, to ensure that pages are evenly cut.

Around the men we see the tools of their trade: a flat headed hammer lies on the ground – it would have been used to beat the paper sheets before sewing to make them as flat as possible. To the left we see a bound book in a lying press, propped up against a wooden block. The lying press was designed to hold the book steady while the edges of the text-block were being cut. On the wall we see smaller tools, including files and sewing thread.

These are just some of the people involved in the book trade.