This content is taken from the Humanists UK's online course, Humanist Lives, with Alice Roberts. Join the course to learn more.
View course
2.3 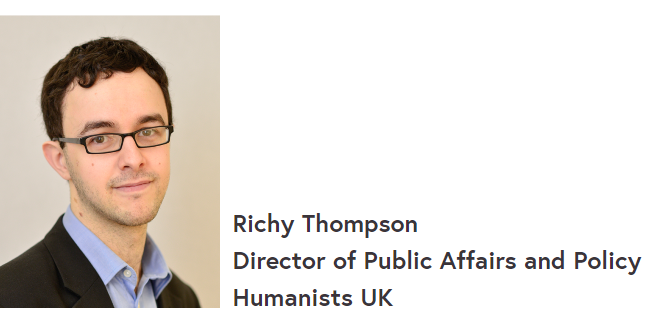 Humanists typically consider human rights to be extremely useful instruments in guaranteeing that freedom is maximised for all. Human rights guarantee certain protections for citizens against the state. They guarantee that the state doesn’t interfere in the freedoms of its citizens. Certain human rights are particularly important to most humanists, and Humanists UK frequently makes use of human rights laws to advance its campaigns and legal work.

The UK is a party to the various UN human rights treaties and also the European Convention on Human Rights. The UN treaties are not enforceable in UK courts, but the Convention is through the Human Rights Act 1998.

As a charity, Humanists UK’s charitable objects include ‘the promotion of equality and non-discrimination and the protection of human rights as defined in international instruments to which the United Kingdom is party, in each case in particular as relates to religion and belief’. The most important human right for humanists is therefore article 9 of the Convention, ‘Freedom of thought, conscience and religion’:

‘Everyone has the right to freedom of thought, conscience and religion; this right includes freedom to change his religion or belief and freedom, either alone or in community with others and in public or private, to manifest his religion or belief, in worship, teaching, practice and observance.’

‘The enjoyment of the rights and freedoms set forth in this Convention shall be secured without discrimination on any ground such as sex, race, colour, language, religion, political or other opinion, national or social origin, association with a national minority, property, birth or other status.’

Case law has clarified that ‘religion’ in these articles should be read as inclusive of the non-religious – so humanism is equally protected.

Much of Humanists UK’s work focuses on advocating for equal inclusion of humanists in places where they are excluded. For example, in 2015, Humanists UK won a legal case over the exclusion of humanism from the GCSE (main age-16 school examination) in religious studies in England, arguing that there needed to be equal inclusion to the main religions. Then in 2017-18, Humanists UK won a case in Northern Ireland focusing on the fact that religious marriages are legally recognised there but humanist marriages are not.

Much of the rest of Humanists UK’s campaigns work is underpinned by different Convention rights as well. Much of the education work focuses on article 2 of protocol 1, the ‘Right to education’:

‘No person shall be denied the right to education. In the exercise of any functions which it assumes in relation to education and to teaching, the State shall respect the right of parents to ensure such education and teaching in conformity with their own religious and philosophical convictions.’

In practice, what this means is not that the state must provide any particular type of school to meet parental demands. It more simply means the state shouldn’t interfere in parents being able to bring up children in a particular religion or belief. The state can choose to only fund secular schools, and fulfil this duty like that.

Article 8, ‘Right to respect for private and family life’, is also very important:

‘Everyone has the right to respect for his private and family life, his home and his correspondence.’

This right has come into play with cases focusing on access to abortion. For example, in 2018, Humanists UK intervened in a case, which was won, for making abortion legal in Northern Ireland in the cases of sexual crime or fatal foetal abnormality. Humanists UK has also intervened in cases focused on this right that have been about assisted dying – albeit with little success so far.

‘Everyone has the right to freedom of expression. This right shall include freedom to hold opinions and to receive and impart information and ideas without interference by public authority and regardless of frontiers…’

Much of Humanists UK’s international work focuses on opposing laws against blasphemy and apostasy, and this is where freedom of expression is paramount.

And last but not least, humanists also generally place great emphasis on children’s rights, thinking that such rights are often unduly subjugated to those of their parents. Humanists think of children as human beings and not as possessions with whom their parents can do as they choose. Children’s rights are best set forth, not in the European Convention on Human Rights, but in the UN Convention on the Rights of the Child. Many people in the UK campaign for the UNCRC to become enforceable through UK courts, and for public bodies to be duty-bound to follow it. Humanists UK supports these efforts.

Almost everything Humanists UK campaigns on has a human rights angle underpinning it. Human rights are therefore generally regarded by humanists as extremely useful tools in advancing freedom and ensuring equal treatment for all.

Question: What reasons are there to support human rights laws? What arguments might be made against them?