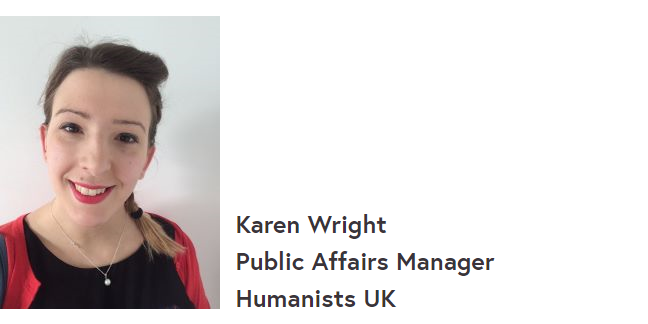 Humanists generally want to see the UK become a secular state, so that everyone can live in a fair and equal society regardless of their religion or belief.

Humanists UK campaigns against establishment and its impacts, which is most prominently displayed by the presence of Church of England bishops in the UK Parliament.

The case for disestablishment

Establishment grants privilege and causes discrimination on the grounds of religion or belief. Establishment is often used to justify discrimination in education (for example, through religious schools and daily Christian worship in other schools), in the UK Parliament (for example, Church of England bishops automatically gain 26 seats in the House of Lords), and in public service provision (for instance, in Anglican acts of worship being shown so frequently in public broadcasting). All of this is simply not fair in today’s modern, diverse society.

The case and requirement for disestablishment is becoming stronger as the UK becomes increasingly diverse in regard to religion or belief. The latest British Social Attitudes Survey in 2017 found that only 14% of adults identify as belonging to the Church of England (down from 31% in 2002), and just 2% of 18-24 year olds say they belong to the Church of England. Establishment is harder to justify as the population grows more non-religious (52% in 2017).

The only way to guarantee equality between people of all religions or beliefs, to make society more fair, and the Government more accountable, is disestablishment.

The UK is the only democratic sovereign state in the world to give seats in its legislature to religious representatives as of right. The UK Parliament automatically awards 26 seats in the House of Lords to Church of England bishops (also known as ‘The Lords Spiritual’), who can vote on and amend legislation, make interventions, and lead prayers at the start of each day’s business. This is unfair as it affords privilege to bishops of the Church of England over all others, and is an example of discriminatory and undemocratic politics.

This may become an even bigger issue as there is ongoing work to reduce the overall size of the House of Lords from 800 to 600 peers, while retaining the 26 bishops. This means that the impact and reach of the bishops will increase proportionally as the size of the House is reduced.

The wider public supports the removal of bishops from the House of Lords. 62% of respondents to a survey by The Times conducted by YouGov said that religious leaders should not have ‘an automatic right to seats’ in Parliament, compared to 20% who wanted to keep the bishops in some sense or other. Just 8% of respondents said the bishops should retain their present right, while 12% said that other religious leaders should gain the same automatic rights as the bishops.

Humanists UK calls for an end to bishops automatically being granted seats in the House of Lords. It is not calling for bishops, and other faith leaders, to be excluded from the chamber, but that they must seek to gain representation through the same channels as everyone else.

In addition, bishops in the Lords enjoy speaking rights over their peers. This means that when they stand up to take part in a debate, they always get precedence over any other individual, who must give way to them.

Another concerning element of religious discrimination in the Houses of Parliament is that prayers take place at the beginning of each day in the House of Lords and the House of Commons. This matters, as members who attend prayers are able to reserve seats and are therefore more able than their peers to secure seats for popular debates, and in turn more likely to be selected to speak.

Question: Would disestablishment be a good thing?