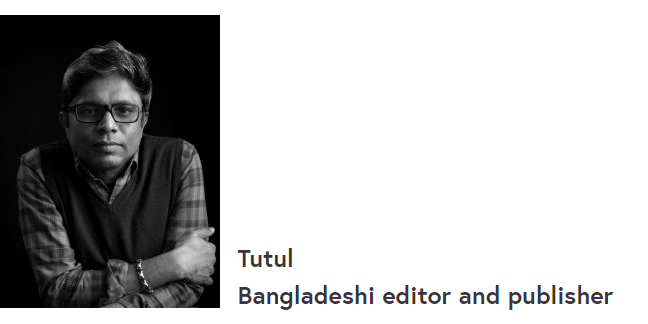 ‘Above all is humanity, nothing else exceeds it.’

In this quote by the medieval Bengali poet Baru Chandidas, the secular, liberal, and humanistic character and consciousness of the Bengali people is captured. The line also illustrates how the core principle of Bengal’s own folk religion, Baul, is what we could describe today as humanism.

Despite existing outside societal institutions and despite facing economic insecurity, the Bauls of Bengal are a grassroots group that have espoused a form of humanism for generations. They represent an early form of humanism that can be found at the heart of today’s modern understanding. The main aspect of Baul philosophy is empiricism, and they trust only what can be perceived with their senses. Therefore, when Bauls use words such as God, Ishwar, and Allah in their poetry and music, they use them in a metaphorical rather than a spiritual sense. In Baul poetry and songs, the underlying message is one of human kindness. This ideology is flanked by scepticism and a rejection of organised religion, which is believed to breed division and discrimination in society. Western liberalism and humanism have espoused a similar ideology since the Renaissance and the Enlightenment. However, it’s clear that the promotion of rationalism, open-mindedness, secularism, and atheism can be traced back to ancient Bengali and Indian philosophy as well. And it is these values that form the basis of humanism in the Bengali region.

The famous Bangladeshi singer Lalon, whose songs are central to Baul ideology, spoke about human kindness, love, and compassion in the following way:

‘You will be a golden human if you understand other humans. Without humanity, you will lose your way.’

These and many similar songs by Lalon are traditionally played in every home across Bangladesh. It is necessary to acknowledge the historical origins of these humanist perspectives in order to truly understand the secular values and liberal consciousness that exist among the general population of Bangladesh. Until recently, the Hindus and Muslims of Bangladesh (as well as Buddhists and other religious minorities) had coexisted peacefully while observing their separate religious rituals. There were even shared festivals.

Unfortunately, this congenial situation has deteriorated in recent years. In contrast to the harmonious coexistence of previous centuries, the current political and financial ambitions of some members of Bangladeshi society have led to communalism and religious divisions. These divisions in the Indian subcontinent were fueled initially by the British colonialists, who started the process of spreading hatred and suspicion, and they are now used by religious fundamentalists to exploit religious sentiments and create a moral backlash.

There are a variety of reasons for the rise of religious fundamentalism and the undermining of humanism in Bangladesh. The main reasons are the social divides between the majority and minorities, the self-seeking pursuit of land and property by the wealthy, the spread of poverty, lack of education, lack of government support in cultural activities, and the exploitation of the common religious sentiment for political aims.

I was raised in a religious family but nothing was imposed on me beyond learning about ordinary, everyday rituals. I had the opportunity to discover and shape my ideas freely and independently. This was due in part to the access I had to books and newspapers in my home. However, when I was fifteen years old, I started to believe that political Islam was a viable model for sociopolitical and economic change in Bangladesh and, indeed, the whole world. Many young people in Bangladesh are easily excited by the prospect of what is essentially fundamentalist Islam. They are encouraged towards these thoughts by various propaganda and conservative religious interpretations made by charismatic religious leaders. It was not until my first year of college that I was able to overcome such beliefs and ideologies. It was a combination of reading, debating, and questioning that helped me to get out of this religious and political system. After I had liberated myself from religious beliefs, I was able to develop my ideas about the value of humanism in society.

I see the continuity of humanism in Bengal as part of my heritage and my own humanity. The more I study humanitarian and humanist values across the world, and the more I observe, the more passionate I become about the humanism of Bengal itself. I firmly believe that if people are able to understand each other, without hate, and reflect creatively and empathically with each other, they will be able to live and truly thrive together.

Unfortunately, humanism is under attack today in Bangladesh. Religious fundamentalist politics is becoming increasingly powerful in the country – indeed, around the world – and is clamping down on all its opponents. Fundamentalist ideologies have taken hold of grassroots movements due to a lack of education and economic opportunity. The spread of youth unemployment, and the narrowing scope of democratic and left-wing political parties and institutions have all contributed to this outcome. The outrage of Islamic extremists has been gathering pace since 2013 and has resulted in concentrated attacks on atheists and humanists. The religious extremists have encouraged more attacking and killing of bloggers, writers, publishers, academics, minorities, and Baul artists. Many have been killed’ and many more brutally injured. Many have had to flee the country without any jobs or academic possibilities. For publishing my thoughts and promoting the books of other humanists and rationalists, I have also been threatened. My office was attacked, and an attempt made on my life. I survived, but all my activities in Bangladesh had to be stopped, and I had to choose the exile’s life. Bloggers, writers, publishers, and artists of free-thinking Bangladesh have had to wrap themselves in self-censorship or flee from their homes and communities to survive the killers’ machetes.

The situation in present-day Bangladesh is one of accommodation between various Islamic extremists (both public and secret groups) and the various levels of government – state, military, and civil administration. These religious and political compromises stifle the intellectual development of the nation, and create fertile ground for the spread of fundamentalism, the hatred of other people, and violent suppression. Humanism is the only approach I can see that would interrupt this dangerous spread, and the only one that could bring about the possibility of a better society.