What do we mean by pastoral care in healthcare? 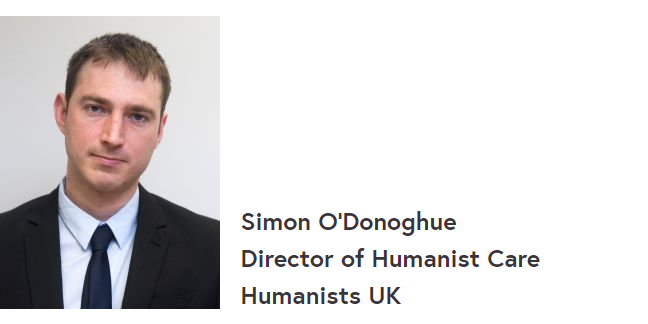 Spending time in a hospital or in a hospice can be a difficult experience for patients, carers, and their friends and families. At times it can also be emotionally challenging for staff. Therefore we believe it is imperative that everyone who enters one of these institutions is given the choice to speak to someone who shares their beliefs. We also recognise that sometimes the belief system of a care provider may not be relevant to the recipient, which is why humanist pastoral carers support all people in need and not only the non-religious. Our person-centred approach has ensured that tens of thousands of patients, families, and staff with a wide range of religious and philosophical beliefs have already been supported in various healthcare settings. The presence of our network members within pastoral teams has also meant that many non-religious people, who may not have used the service in the past, have done so for the very first time because of the availability of like-minded care.

For hundreds of years, pastoral support within hospitals has been provided by religious chaplains. Despite the fact that today over half the people in the UK describe themselves as non-religious, there are still currently only a handful of paid non-religious pastoral carers in the National Health Service (NHS); all other individuals working within chaplaincy are religious people. This has to change. A recent study of a London-based hospital revealed that only 4% of chaplaincy visits over one year were to the non-religious. Despite the claim that chaplaincy teams are there for all religions and beliefs, something is clearly going wrong. At times of crisis, people often want to talk to someone like-minded, who can understand their perspective and offer a high level of empathy. Increasing the number of non-religious carers within chaplaincy teams is the only way to ensure that the growing number of non-religious patients have equal access to the care they need.

There has been a significant move towards a more inclusive service in just a few years and there are now nearly 120 volunteers operating in 40% of acute NHS trusts (ten years ago there were none) and other healthcare institutions all over the UK. Today tens of thousands of people every year are accessing a service that was simply not available a short while ago. This growth has very much been underpinned by the NHS England Chaplaincy Guidelines 2015, which for the very first time recognised that non-religious people should be entitled to receive like-minded care in the same way as their religious counterparts. Since the release of the 2015 Guidelines, The Non-Religious Pastoral Support Network has been accepted as a full member of various NHS chaplaincy groups, and helps to steer policy and ensure equal pastoral, spiritual, and religious care for all.

Where do non-religious pastoral carers fit into the chaplaincy team and approach?

All healthcare chaplains will work generically, meaning that they will visit people regardless of their religion or belief. Non-religious pastoral carers are no different in that sense. Where we do differ is in being able to offer like-minded support to other non-religious people if they want to speak with someone who shares their worldview. Whilst our carers do not provide religious care, they are able to provide humanistic care to support people with the ‘spiritual’ aspects of their humanity. Non-religious people are still faced with the same existential questions around meaning and purpose; they have values, morality, love, hopes, dreams, and so on in the same way as religious people, and similarly wish to explore these, particularly at key life transition points.

We believe it is imperative that healthcare chaplaincy teams are responsive to patient needs and reflect the diversity of our modern society. We also believe that both paid and volunteer providers should be highly trained. This means that patients, families and staff will be able to receive appropriate and quality care.

Learn about humanism - a non-religious, ethical worldview shared by millions across the world.