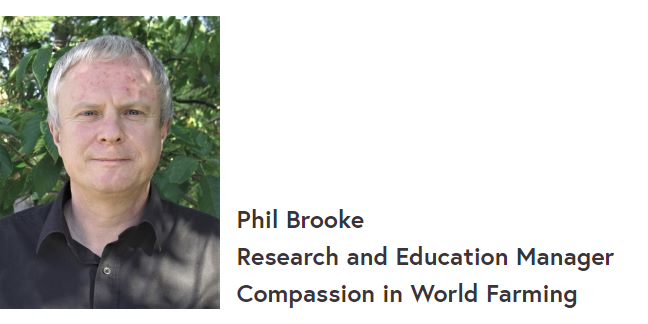 How do we treat animals?

We keep animals for a range of reasons – as pets, for food, for entertainment or education, and to experiment upon. These animals experience a range of treatment, both good and bad. Farm animals may be kept in free-range systems, which have the potential, given good care and husbandry, to provide a good life.

Unfortunately, most of the world’s nearly eight billion laying hens are kept in cages. In the EU, the barren battery cage is banned, but in Britain over 16 million hens are kept in ‘enriched’ colony cages that severely restrict their movement and prevent natural behaviours such as dust-bathing. Similarly, most breeding female pigs are kept in cages when suckling their young, and in many parts of the world they are also confined for all or part of pregnancy.

Most of the 66 billion chickens slaughtered for meat each year globally are not kept in cages, but meat chickens (broilers) have been bred to live in a physiological cage. They grow so fast that their joints and hearts cannot keep up, resulting in lameness and chronic heart disease, which leads to fatigue that many will suffer as they approach their slaughter weight. They are also kept in crowded conditions.

How should we treat animals?

As a humanist, there are a range of good reasons to think farm animals deserve better. Compassion is a virtue that benefits the giver as well as the receiver. If you believe in the ‘golden rule’, you would wish to treat animals the way you would wish to be treated. This would at the very least prohibit factory farming, live exports, and inhumane slaughter.

Jeremy Bentham, a humanist and utilitarian philosopher, argued the case for animal welfare since animals have the capacity for suffering. Minimising suffering is ethically important to humanists, and keeping slower-growing breeds of broiler chickens in better conditions, preferably free-range, would therefore be preferred. This capacity also leads many humanists to argue that animals deserve rights. This philosophy emerges out of human rights, including the idea that we matter as individuals irrespective of any group we belong to, whatever our race, sex, abilities, or culture. Considering our place in evolution, many humanists argue that this principle does not magically break down at the species barrier. In animal rights thinking, if it is wrong to do it to a human, it is wrong to do the same thing to a non-human animal.

How do animals matter?

As a child I was surrounded by animals. I knew instinctively that my dog was sentient. If she wanted something, she really wanted it. Her insistence was entirely clear; her motivation was certainly no less than my own. The evidence shows that we have evolved from the same common ancestors as the other animals with which we share the planet. We share the same physiological and cellular structures – and the same bodily structures with mammals and other vertebrates.

With so much shared biology, it should not be surprising if many of the things that make us matter are shared with other sentient animals. The more behavioural scientists study animals, the more amazing abilities become apparent. For example, chimps and other great apes can pass the mirror test – they can learn that the image in front of them is of themselves, not of another individual. So can elephants, dolphins, and magpies – even fish such as wrasse and manta rays have shown this ability.

The conclusion seems inescapable: empathy and logic both point in the same direction. While the evidence of animal intelligence strengthens the case for animal welfare or rights, it is their demonstrable capacity for suffering that provides the foundation for giving them a proper status. I agree with Bentham that the capacity to suffer trumps all: animals should also have their share of joy.

I think treating animals well is good for people too. I believe the emancipation of the various races and sexes is enriching for all, even for a privileged white male such as myself. In the same way, I believe that compassion for animals is enriching for people. We grow when we think and act as though we aren’t the only species on this planet that matters.

Learn about humanism - a non-religious, ethical worldview shared by millions across the world.