This content is taken from the Humanists UK's online course, Humanist Lives, with Alice Roberts. Join the course to learn more.
View course
6.11 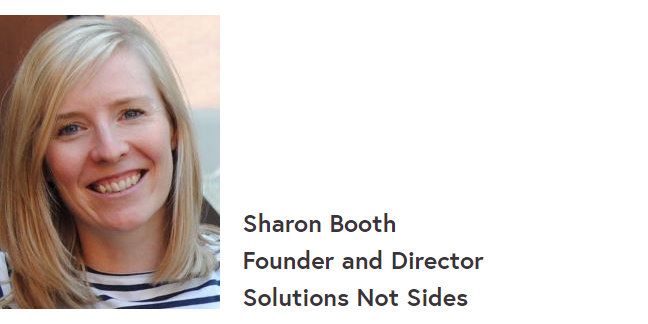 After living in the Middle East and North Africa for six years, I returned to the UK and piloted an education project to help people of differing opinions discuss this most controversial of topics in our current political landscape. You might call it ‘the art of respectful disagreement’.

After the research phase, which involved engaging with university students, professors, school teachers and pupils, and Jewish, Christian, and Muslim leaders, I ran the first one-week tour in 2011 with an Israeli volunteer and a Palestinian volunteer in schools and community groups in London. The sessions provided three things in a safe space for the participants: a humanising encounter with young people from the region, the opportunity to hear diverse narratives on the subject, and the application of critical thinking skills in a solutions-oriented discussion exercise.

I originally came to this subject through my Christian faith and my study of theology. However, at around the time I started the project in 2010, I left that faith and became a humanist. My design of the project came about through my increasing understanding of humanist teachings about the importance of every human life, as we only get this one chance of pursuing peace and happiness before the curtains close – we have no proof of a divine or heavenly consolation that will ‘make up’ for the fact that we got a bad deal in this life.

I am interested in human, sociological behaviour and psychology – why we believe what we believe even without any empirical evidence, and why we cling to group identities, sometimes in a desperate cycle of violence. The ‘we’ in the cyclical narratives driving the Israeli-Palestinian conflict is key. ‘We are under occupation, we have the right to resist’ versus ‘we are under existential threat, we have the right to defend ourselves.’

Hence, I named the programme ‘Solutions Not Sides’, and, to date, we have had over 33,000 participants in our sessions. Positive feedback from students and community members has centred around certain learning outcomes and emotional transformation. The learning outcomes have included discovering that there are many different points of view on the conflict and the history; that the media is not to be blindly trusted; that the vast majority of ordinary people on both sides just want peace, freedom, security, and the right to live a dignified life; and that violence will likely lead to continued conflict and suffering, not conflict resolution.

The inspiration for the name came from the philosophy that in any situation of conflicting interests, supporting one side against the other to achieve a win-lose outcome will most likely lead to lose-lose, and will put real and lasting peace further away. Instead, we should be seeking to understand the needs and interests of those on both sides – the reasons why people think and act the way they do, and then use that understanding to bring about creative change that will meet as many of those needs as reasonably possible. The emotional transformation that occurs through our sessions is the driving force that helps people to embrace this approach. It is very hard to keep hating a whole group of people when you have met even just one person from that group with whom you experience empathy and a human connection.

This is where I find that humanism can help us. The key lies in the term itself, which indicates that, at rock bottom, we are all human beings. We all share the same basic needs (pretty well summed-up by Maslow’s hierarchy of needs), and as the late Jo Cox MP put it: ‘We have more in common than that which divides us’. Diversity of culture, language, opinion, belief, gender, orientation, clothing, cuisine, etc. can all be celebrated and expressed safely and without threat to anyone beneath an umbrella that recognises our right to those individual identities and preferences equally, whilst also exhorting us all to extend the grace of acceptance and understanding to those who are not exactly like us, but in the end are in so many ways the same.