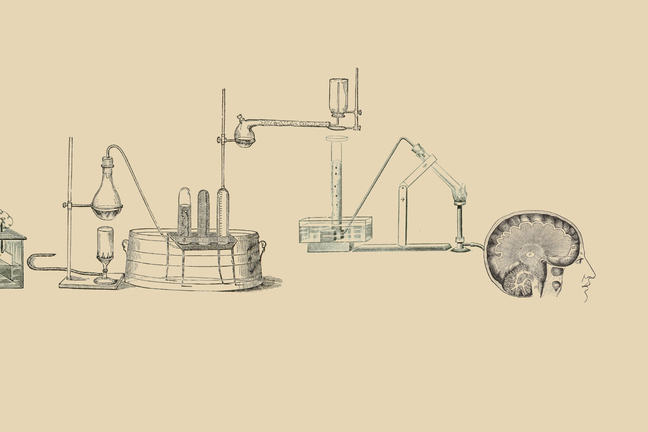 Each week, our educators and mentors will compile and answer a short list of questions that have come from learners during discussions. These will be attached to the page by 12pm on November 8th 2019.

Is science adequate in describing our universe and the human condition? Is poetry adequate? This week’s work has addressed the relationship between chemistry and poetry in Humphry Davy’s work and writing, as well as in the wider context with Mary Shelley’s novel, Frankenstein. It is a relationship that has generated much comment from ‘irrelevant’ to ‘illumination.’ So, perhaps it is worth briefly exploring the context of this relationship through other writers in the eighteenth century. At the end of the seventeenth century and in the early years of the eighteenth, the important and controversial ‘scientific’ topic was the theory of the earth’s origins, described and debated by numerous natural philosophers. The key text was Thomas Burnet’s A Sacred Theory of the Earth, with many others published afterwards by other natural philosophers such as John Woodward, John Hutchinson and John Ray. Burnet’s book is an interpretation and extrapolation of biblical and religious texts. He uses them to construct a narrative of how the earth was formed and how it will be eventually consumed by fire in the great final conflagration. It is an ever so slightly mad narrative but one that is utterly compelling through its poetic prose. It is a fine early example of ‘sublime’ landscape writing. Coleridge was a great admirer of Burnet’s book. The natural philosophers that followed Burnet also employed a sublime style in their ‘earth theory’ writings, all of which were enriched by the prose of biblical texts as translated by William Tyndale and Myles Coverdale. Two other books of great influence stood alongside Burnet’s Sacred Theory, they were the republican epic poem, Paradise Lost, by John Milton and John Dryden’s translation of Virgil’s epic poem, The Aeneid. These texts influenced many writers, whether poets or natural philosophers. The prevalent form of philosophical inquiry at this point was empiricism, a theory expounded by contemporary philosophers such as John Locke and David Hume. They argued that knowledge came from experience gained from the senses. Locke urged people to test all that was held as established fact (except the Bible!). The key to all of this was observation driven by curiosity, not the transient, ephemeral type, but the deep reflective approach that required repeated observation and meticulous records. A great example of this popular approach is Gilbert White’s The Natural History of Selbourne – an enduring classic. During this period at the turn of the century, the theory of the sublime in landscape emerged, an example being Joseph Addison’s explanation of it, ‘The Pleasures of the Imagination’, in the Spectator. This was in response to a greater interest in landscape, in mountains, glaciers, rivers and caves. In painting, the landscapes were becoming the theme of the work, not just a vague backdrop. Epic landscape poems such as James Thomson’s ‘The Seasons’, were massively popular. Travel and tourism were booming, and travel journals became a publishing phenomenon. People searched out the sublime and described awesome natural features in poetic prose; Patrick Brydone’s popular A Tour through Sicily and Malta was a fine example and was published in many editions. The increased interest in travel along with detailed and repeated observations, note-taking, journals and descriptions revealed a public fascination with change, transformation, metamorphosis, mutation. The early chemist, Stephen Hales, wrote in 1727. ‘May we not, with good reason, adopt this now fixed, now volatile Proteus, among the chemical principles, and that a very active one.’ He was writing about carbon dioxide, though he had not identified then. Proteus was the great shape-shifter of classical mythology, the elusive, versatile god, capable of assuming many forms. He became a presiding spirit for the pursuit of chemical elements. The mathematician and colleague of the geologist James Hutton, wrote in 1797 of the importance of chemistry to geology: ‘(The chemist) shall be able to bind Proteus in his cave, and finally extort from him the secret of his birth.’ Mary Shelley’s novel, Frankenstein, though sub-titled ‘The Modern Prometheus’, is a startling example of protean transformation. Davy’s poetry engages with it as well. The use of poetry and mythology was for many natural philosophers part of their way of describing the world. The two discourses may appear wildly discordant to us though they were much closer then. Davy was writing and working as a chemist at a point where the two discourses and all other aspects of natural philosophy were being isolated and becoming increasingly specialized. He was also a key figure in the establishing specialized disciplines and in laying the foundations of the scientific method. However, he was also a product of the earlier period of natural philosophy and its roots in biblical stories and classical mythology. He was at the edge of great change and needed a language that was adequate to describe it. He was a chemist who recognized the great pared down power of poetry to express who we are and where we are.