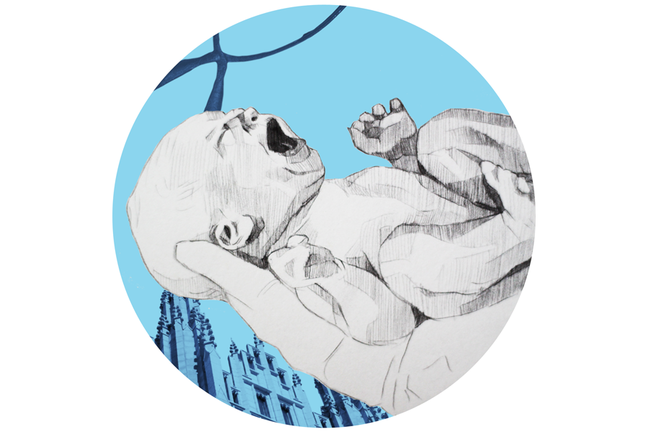 In the 18th century, infectious diseases were a fact of life. Sanitation left a lot to be desired. There was also a lack of understanding about the cause of infections and a misunderstanding about how infections could be spread in communities and hospitals, even among healthcare workers and doctors.

There was one group of people who were particularly at risk, and that was women in childbirth. Puerperal fever stalked childbirth and women of childbearing age lived in fear of this deadly disease. This terrible infection is caused by bacteria that enter the body through the birthing process. It was (and still is) often caused by internal examinations combined with poor hygiene measures. The symptoms start about 24 hours after birth, when the exhausted, new mother is racked by fever and chills. Significant pain follows and often death was (and occasionally still is) the end result.

During the 18th century the role of the midwife was gradually being replaced by medical men – doctors and surgeons- who had begun to think that childbirth was an extension of their role. Alexander Gordon studied medicine at the University of Aberdeen, before he entered the navy as a surgeon’s mate becoming a ship’s surgeon two years later. After returning to dry land Gordon specialised in general practice and obstetrics. It was while he was working in Aberdeen that Gordon experienced two significant outbreaks of puerperal fever, the first in 1789 and the second in 1792. Many of the women that Gordon cared for suffered and died from this terrible disease. Gordon became obsessed with this phenomenon and he published several of his observations about the spread of this disease. He was one of the first doctors to observe that

“This disease seized such women only as were visited, or delivered, by a practitioner or taken by a nurse who had previously attended patients affected with the disease”

“It is a disagreeable declaration for me to mention that I myself was the means of carrying the infection to a great number of women…..”

Taken from Alexander Gordon Treatise on the Epidemic puerperal Fever of Aberdeen published in 1795.