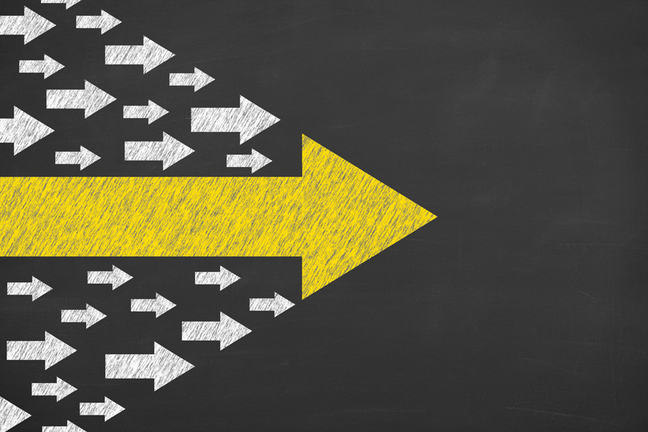 Portals are some of the relatively new items on the palette of organisational information systems. So much so, that we don’t even have a definition of portals in general. We can however, already recognise them. Nevertheless, we can define the portals used by companies as ‘corporate portals’.

The prompt for creating portals was that it had been realised that there was so much information on the internet that the orientation became difficult. We are talking about the mid 1990’s! So the idea was that we could try to organise all the information on the internet into some boxes and of course these boxes would be hierarchical, could overlap, and one item would belong to any number of boxes at the same time. As this endeavour was aimed at all the information on the internet, the first products were what we today call general purpose portals. It was companies set up for this particular purpose that developed the first portals, the very first one being Yahoo! followed by a few similar ones and within a couple of years the experts concluded that the market was saturated i.e. that there would be no new entrants in the portal market. They were nearly right; there were only two who successfully entered the market after this time. In a saturated market, the only way to enter is if you can bring a very significant improvement on one feature. One of the two latecomers is a company that everyone will be familiar with: Google. It is also easy to figure out that what they brought to the table was a vastly improved search function. Most people will not know the other company, AltaVista, as it has disappeared since (acquired by Yahoo! in 2003 and shut down in 2013). However, they were the first to support languages other than English which made them extremely popular in the non-English-speaking parts of the world.

As the general purpose portal market stabilised, portals aimed at specific segments of information started to develop, usually by universities and research centres (which immediately suggested that although these could be very useful, they were unlikely to be profitable). Depending on how they tried to ‘slice’ the internet, we distinguish between horizontal and vertical portals. A horizontal portal, or hortal, would collect information about a function across various fields, e.g. you could look up ‘marketing’ and see how it is done in the academia, in car manufacturing, in hospitals, etc. A vertical portal, or vortal, would organise information along topic chains, such as supply chains, so you could for example follow information about coffee production from the restaurants all the way back to the coffee plantations. Then, finally, the portals were sufficiently mature to get them in the service of organisations.

The first portals that targeted organisations were called Enterprise Information Portals (EIP). This was a perfectly suitable name at the time as EIPs were focused on dealing with information and, more precisely, with data overflow. Very often they did not accomplish much more than filtering the emails for the people at the top – for that it was a pricey but useful solution. These solutions were quickly extended to cover the intranet (local network using internet protocol), then to the extranet (intranet extended to suppliers and authorised customers), and finally to the internet. Some products of this time were popularised as knowledge management solutions which was nothing more than a sales pitch, leading to the deterioration of the knowledge management concept. When the EIPs started working well, a significant shift happened in the focus: the ‘I’ disappeared from the EIP signifying that the focus was not on the information anymore. It is since this time that we talk about corporate portals. To be sure it was still information that the portals were handling, instead of looking at the huge amount of information and asking ‘what should we do with all this information?’, they started looking at what people in the organisation were doing and asked ‘what information do you need for your work? What would make it better, faster, more convenient, etc.?’. This is still the dominant feature of corporate portals although the most recent shift was from activity to inter-activity or in other words, collaboration. What is the same however, is that the focus is on what people do and do not do with the information that is there.

I am sure that all of you use general purpose portals and if nothing else, you probably often google what you are interested in (there is a huge significance in a company name becoming a verb, you google things on the internet, you skype your friends to talk to them, etc.). While many of you may think that you do not use corporate portals, most of you probably do. The definition of a corporate portal is where an employee of the organisation conducts all her/his work and where everyone else (who does not work for the organisation) conducts all their relationships with the organisation. So you may be using a corporate portal as customers with your tax office, healthcare, or buying things from places like Amazon. Thinking about the portals you are familiar with will help your understanding of the six characteristics of information systems that are covered in the remainder of this week.