This content is taken from the University of York's online course, Modern Sculpture: An Introduction to Art History. Join the course to learn more.
View course
2.5 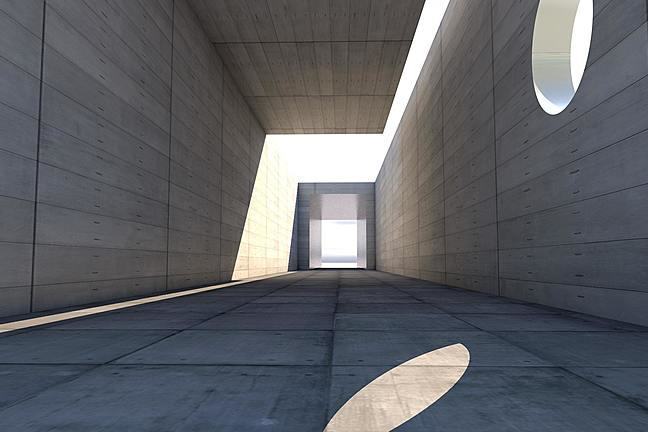 Concrete, one of the new materials for sculpture.

Rodin and Duchamp were two leading artists amongst in an avant-garde movement that produced new and exciting ideas about art through the medium of sculpture.

The generation of artists that followed Rodin and Duchamp engaged with many of the same ideas, provocations and debates through their own work. Duchamp blew the conceptual lid off sculpture when he claimed that anything could be art if it was deemed so by an artist. This had far-reaching implications for the aesthetics, or physical appearance, of sculpture.

Typically, the two materials that dominated the medium were marble and bronze, used by artists from ancient Greece and Rome to Rodin’s fellow sculptors at the Paris Salon. However, a number of factors led to artists in the twentieth century experimenting in a wider variety of materials. There were practical reasons and technological innovations that accounted for the adoption of new materials. However, these materials also answered the modern sculptor’s impulse to branch out of the established norms and use materials that reflected the current circumstances of society.

Let’s look at some of these new modern materials:

Already by the twentieth century, steel’s industrial applications were well-known. It was considered by many to be the quintessential material of the Industrial Revolution, the period from 1750 to 1840 of rapid mechanisation and technological innovation in Western Europe and America. Steel lined railway tracks, covered machinery, and could be found in everyday household products such as kitchen utensils and gardening tools. Steel was first used by artists shortly before the First World War. Its extensive use in industry attracted those artists who were seeking forms that reflected the machine age they lived in, which was often also influenced by the first-hand experience of the horrors of mechanised warfare. There was also a ready supply of cheap metal in the form of prefabricated parts, offcuts and scraps. Steel is malleable and ductile which means it can be welded, forged, rolled and extruded – convenient for a variety of artistic experimentations.

The use of concrete in sculpture began in the 1920s, when it was characterised as an exciting new material with the strength, hardness and potential of carved stone – without the prohibitive costs. As we saw last week, concrete was increasingly used as a construction material in post-war Europe as the demand for new towns, schools, universities and offices soared. Like Fred Millett’s concrete relief panels, sculptors were using concrete as a way to relate sculpture with modern architecture, particularly in urban and suburban areas. It particularly suited artists interested in abstract movements such as Cubism and Constructivism. Concrete is a particularly durable material, suited to sculpture displayed outdoors. Therefore, it was a popular material for artists working on public commissions.

Gypsum, or plaster, has been a useful building material since ancient Egypt. However, until the twentieth century, its purpose was as a preparatory material used in the early stages of creating a bronze or marble sculpture, not as the material for the finished product. Plaster sculpture, known as casts, were also used by art schools as training tools. Art students would study and draw from plaster versions of Western art history’s best-known works. Before the advent of photography, this was also the easiest way to reproduce famous artworks for international audiences. The Crystal Palace at Sydenham, a popular tourist attraction from 1854 to 1937, bought thousands of plaster casts to educate and entertain visitors. Plaster continued to be a preparatory material well into the twentieth century, examples of which we’ll see in Barbara Hepworth’s studio later in the course, but some artists began to use it as a material in its own right.

Artists such as Eduardo Paolozzi played with plaster’s academic and classical connotations. His version of Michelangelo’s David is in fact a plaster copy that he found in the display window at Harrods department store, in an echo of Duchamp’s ideas about the readymade. Paolozzi sawed the cast apart and glued it back together with wooden blocks, creating a David that appears part-Frankenstein and part building site. Paolozzi’s intervention in this work is a subversion of the status of plaster casts as an arts education tool, but the work’s transformation also reflects how adaptable plaster is as a material.

A range of materials broadly grouped under the category of ‘plastics’ were some of the most important inventions following the Second World War. Much like the industrial applications of steel and concrete, plastic had an immediate and influential effect across many aspects of daily life. As an entirely new, lab-grown material, plastic also took on a metaphorical significance in the 1960s as the material of the atomic, consumerist age. More than the other materials we’ve discussed, plastic is a flexible and adaptable material for art-making. Plastics such as acrylics and urethanes can be hard and durable. They can be heated, bent and used in construction much like steel. However, soft plastics such as vinyl, foams and plastic cloths are soft and flexible. They can be stitched, glued or, in some cases, inflated. Plastic is light-weight, cheap and easily transportable. It can be coloured and its reflective surfaces allow for artists to explore how light passes through objects.

Why do you think some of these new, industrial materials became popular with artists? What are some of the common characteristics between them?