This content is taken from the University of York's online course, Modern Sculpture: An Introduction to Art History. Join the course to learn more.
View course
2.10 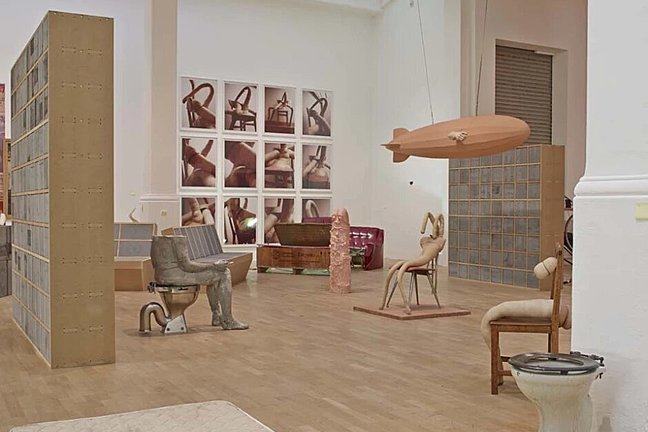 Feminism is the belief in equal treatment between the sexes.

It is one of the most influential ideologies to emerge in the twentieth century. In the field of visual arts, feminism helped women gain important rights such as admission to art schools, the ability to earn and keep the money made from selling their art and the freedom to live independently as artists. Art historians also began to recover forgotten women artists from the past and highlight the importance of their contributions to the art world. If you’d like to learn more about feminist art history, I’ve included some recommended reading at the bottom of the article.

Perhaps more than painting, sculpture remained a field dominated by men. This, in part, was due to the physical and labour-intensive nature of practicing sculpture. It led to the idea that sculpture would be ‘too hard’ for women to take up. Despite these prejudices, women artists emerged and pushed the boundaries of sculptural practice in the twentieth century.

One important woman sculptor we will encounter in this course is Barbara Hepworth. Today, Hepworth is celebrated as a feminist icon for her trailblazing contributions to modern sculpture. However, she rejected the feminist label stating:

I hadn’t much patience with women artists trying to be women artists… I think art is anonymous. It’s not competitive with men. It’s a complementary contribution.

As feminism shaped the way people thought about gender, sculptors began to consider the role of women and the idea of womanhood in art history.

Hans Bellmer (1902-1975) was a German Surrealist, a sculptor and photographer. In the 1930s, he created a series of dolls, known in French as poupees. These wooden dolls are depictions of the naked female form. The dolls are often composed of arms, legs or fleshy torsos but often they don’t have faces, or if they do they are the anonymous expression of a mannequin.

These are not examples of feminist art. However, Bellmer’s Surrealist creation exposes the lavish, over-attention the art of the past has dedicated to the eroticised, naked female body. Historically, if women were included in sculpture, they were the object, not the artist. The dolls are also examples of fetishes, objects that have been imbued with a spiritual significance. This word was given a sexual definition by sociologists at the end of the nineteenth century. 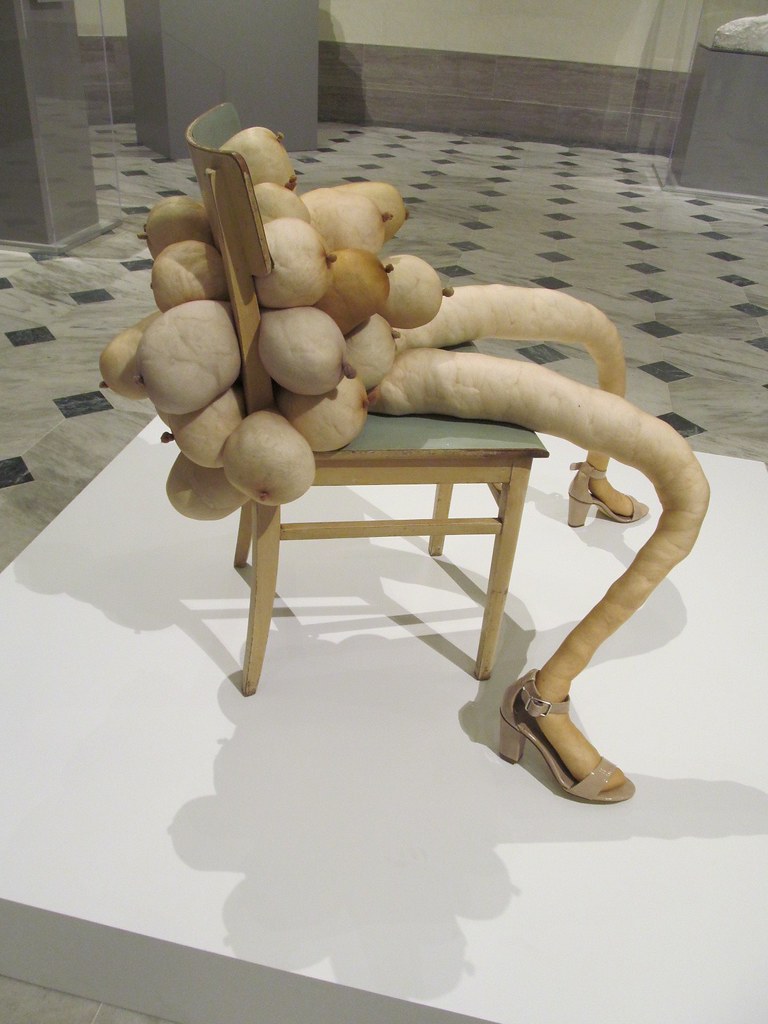 There is also a material distinction to be made between Lucas’ soft nylon and Bellmer’s hard wood. Male sculptors are typically associated with materials such as bronze, marble and wood. Female artists, on the other hand, are more readily associated with softer materials such as fabric, foam or plastics. Some women sculptors, like Lucas, reclaimed this reputation from its negative associations, creating soft sculpture that powerfully critiqued this gendered belief.

Feminism is an important critical context for thinking about modern sculpture. Against the backdrop of the twentieth century, the social history of gender equality is an important context to consider in discussions of modern sculpture. We can also use feminism as a critical context. It can be used to consider the work of both male and female sculptors against wider issues of gender and sexuality which we can see in the work of Bellmer and Lucas.

Nochlin, Linda. ‘Why have there been no great women artists?’ in Women, Art and Power and Other Essays. New York: Harper & Row, 1988.