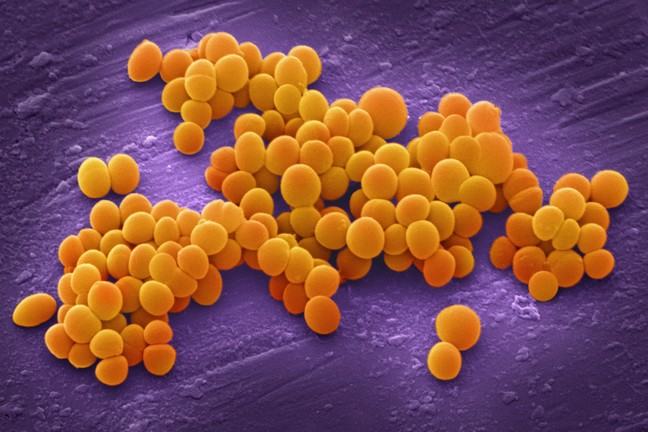 As we learned in the previous step, some bacteria are naturally resistant to certain antibiotics. In cases where bacteria are not intrinsically resistant, they can develop resistance to antibiotics by chromosomal mutation. A chromosome is the large circular piece of DNA in each bacterium that includes all of its essential genetic material.

Mutations in chromosomal DNA occur at a low level every time the DNA is copied during growth. This variation causes differences in how the organism interacts with the environment, which leads to evolution by natural selection when the population (each containing different mutants) is faced with a selective pressure. Antibiotics are a strong selective pressure for bacterial populations. They remove bacteria that do not have the relevant resistance-causing chromosomal mutations, and select for bacteria that have the mutations.

Effect of resistance on bacterial populations

All antibiotics can be circumvented by evolved chromosomal mutations, though the frequency of mutation varies based on the bacterial species and the antibiotic. The background mutation of a bacterium will produce antibiotic resistant variants by chance even when no antibiotic is present. A typical bacterial population contains billions of cells and these grow quickly, so even though AMR mutations are extremely rare, they still occur on medically-relevant timescales. Variants with these beneficial AMR mutations can dominate a population rapidly if an antibiotic is encountered (Figure 1). Some resistance mutations are also damaging for the bacterium; in these cases, the mutation will not continue to dominate and the population will eventually revert to being antibiotic-sensitive. However, these slight negative effects can often be compensated for by further mutations elsewhere on the chromosome. In addition, some resistance mutations do not have any other costs. In these cases, the population will remain antibiotic-resistant even when grown without the selective pressure of the antibiotic for a long time.

Figure 1 (Click image to expand) Schematic of a bacterial population treated by an antibiotic. Resistance mutations are very rare, but mutants will survive and multiply during antibiotic treatment while other cells are killed. When the antibiotic is taken away, the result for the population depends on whether the resistance mutation has any adverse effects for the bacterium. If not, the population can stay resistant for an extended time. © Francesca Short 2017