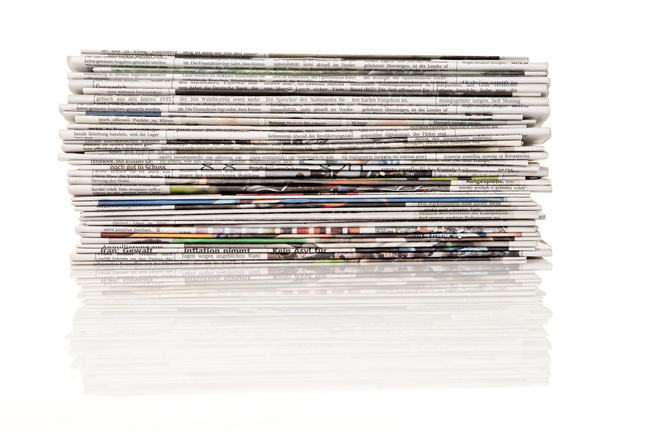 Journalism and the public sphere

In the videos on the last two steps, we thought about the responsibilities that the press maintain in a democracy using the notion of a “public sphere”. The intention of the following short article is to raise a number of points for discussion. After reading it, please post your responses to the questions posed at the bottom of the page.

According to the German sociologist and philosopher Jürgen Habermas (1989), a public sphere is the communicative space in which commonly-available information is traded, where arguments are rehearsed, and from which “public opinion” emerges. The preferred metaphor to illustrate the public sphere is the London coffee shop of the 17th century, a space where individuals from a variety of walks of life assemble and converse freely. Latterly, though, its reach and visibility has situated media at the centre of the contemporary public sphere, and news professionals as essential actors (Thompson, 1995).

All of these are concerned in different ways with the impediments and the possibilities we encounter in journalism’s relationship with politics. It will be clear that the national arrangement we discuss most directly is that of the United Kingdom, most notably in our description of the “fourth estate”. But related issues arise worldwide, in the contexts of various levels of media freedom and political openness. It would therefore be useful to read examples from your own experience of political news and to gather a sense of the health of political journalism across a variety of contexts and from a number of different perspectives.

One matter that we want to highlight is the form that journalism’s engagement with politics and public discussion has taken, and why it might have gone in this direction. There are broadly-held fears that journalism is becoming too similar to entertainment media in its regard for audience ratings and spectacle (Thussu, 2007), and news about politics is a particular area for concern. Franklin suggests that politicians and the media have colluded in damaging political discussion in two ways. First, he argues that the news agenda has been reconfigured to allow the trivial to dominate over the substantial, leaving us with what he calls “newszak” (Franklin, 1997). That is, when driven by commercial imperatives, most news organisations will prefer to emphasise undemanding and “audience-friendly” news over weighty political content.

As well as this, Franklin suggests that what limited political coverage remains evolves in collusion with the government communications professionals and political parties, surrendering the journalists’ pursuit of public interest to complicity in a “media democracy” in which the interests of elites dominate (Franklin, 2004). To give one example, frequent and intensive focus on immigration policy suits those populist politicians that are keen to appear “tough”, and is in the interests of news organisations pandering to popular prejudices. At the same time, the level of attention devoted to easy and populist topics edges out coverage of more complex and arguably more important issues such as economic policy.

Much of this drive towards entertainment also breaches what Higgins (2006) describes as the division between the informative function of news (to pass on new information) and its evaluative activities (where interpretations are offered, and recommendations made). Where, in an ideal setting, journalists might report on political developments and leave their viewers to reflect upon these, it is more often the case that evaluation and advice spill out of the opinion and editorial sections into regular news copy. Usually, this means particular journalists or news organisations promoting one set of perspectives over others. Such positioning is routinely cloaked in a commitment to “common sense” or “public opinion”. In the UK, this often translates into explicit support for the political party most in tune with the sympathies of news organisations: the Daily Mail is a long-standing supporter of the Conservative Party, for example, whereas the Mirror offers its support to Labour (Higgins, 2010).

On the other hand, given that they are often information-rich, why shouldn’t well-informed professional journalists share their opinion? If we examine the mediated public sphere as an open and inclusive space for exchange, surely journalists and news organisations can move beyond the provision of high-quality intelligence for public discussion, and advocate lines of argument or political positions. Perhaps we do not need to go so far as US President Thomas Jefferson when he remarked that “were it left to me to decide whether we should have a government without newspapers, or newspapers without a government, I should not hesitate a moment to prefer the latter” (in Padover, 1946: 93). The democratic arrangement, however, ensures that politicians co-exist in a mood of productive tension.

So what are the limits and responsibilities of journalists in a democracy, and how much political power are we content with them having? The following questions address areas that could be deemed central to the debate:

• How much responsibility do journalists bear when it comes to protecting the calibre of political coverage? For example, if entertainment-driven news is more effective in engaging its audience, why shouldn’t this provide a model for political coverage?

• When it comes to politics, should journalists mix the provision of information, on the one hand, with comment and evaluation on the other? What case is to be made for investing faith in the professionalism and expertise of the journalist in representing broader interests in their treatment of issues with political ramifications? More generally, though, are we content with the level of influence that journalism has in representing politics, and with the manner in which any influence is exercised?

Please post your answers to the above questions in the comments area.