Microbes living on the edge

As we found earlier in the course, environmental conditions such as temperature, pH, radiation and pressure can be problematic. Fancy bubbling away in a pool of thick mud so hot that water vaporises almost instantly, and so acidic that it would corrode metal? Or living under intense pressure at the bottom of the ocean in water so sulphurous and salty that, even though the temperature is below freezing, it’s still liquid? Certainly not, but the term ‘extreme’ is used solely from a human perspective. Extremophiles are incredible microbes that live on the boundaries of life. Many of the scientific (and rather unusual) names for these organisms relate to the environments from which they were first isolated or their particular super hero abilities. Each species has adapted to live in a hostile environment in unique ways. They have evolved enzymes, “extremozymes”, that have unusual properties, remaining active in temperatures that denature enzymes in microbes that have adapted to live in more moderate conditions.

The beautiful colours of Grand Prismatic Spring in Yellowstone National Park, USA, are the result of pigments called carotenoids produced by thermophilic bacteria and archaea. Very hot water (90°C / 189 F) constantly bubbles up from underground chambers in the centre of the spring and starts to cool as it moves to the edges. This creates a temperature gradient that suits different communities of microbes and results in concentric rings of colour. You can read about the Yellowstone rainbow hot spring on the Smithsonian Magazine Website. 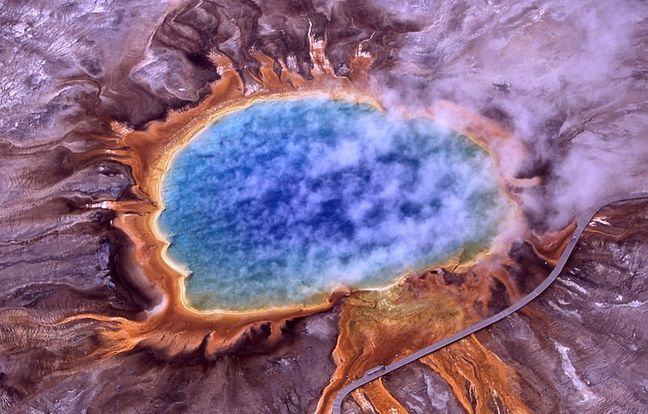 Thermus aquaticus, a thermophilic bacterium isolated from a boiling hot, sulphurous spring in Yellowstone National Park, USA, was the original source of the heat-stable Taq polymerase enzyme used in the polymerase chain reaction (PCR), a fundamental technique in modern molecular biology used to amplify a specific region of DNA (Figure 2). 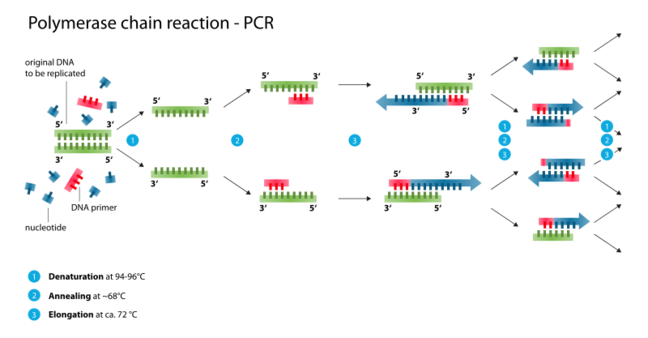 Figure 2: Diagram showing how the polymerase chain reaction (PCR) can be used to amplify a specific piece of DNA © Enzoklop CC BY-SA 3.0

Other extremophiles will only grow if the temperature is almost 100°C, like the hyperthermophilic archaea Pyrococcus furiosus which lives in hydrothermal vents at the bottom of the ocean (Figure 3: Left). Archaea have even been detected growing at <pH 0.3 in the world’s most acidic lake (Figure 3: Right).

Deinococcus radiodurans (Figure 4) is a polyextremophilic bacterium, meaning it can tolerate multiple extreme environmental conditions; in this case radiation, cold and drought. It’s incredibly resistant to gamma radiation and can survive a dose of 15,000 Grays. For comparison a lethal radiation dose to a human is in the rather modest range of 2-10 Grays. Radiation causes damage to DNA and this bacterium has amazing abilities to repair it. Scientists are investigating its DNA repair enzymes to find out if they could be useful in medical treatments. 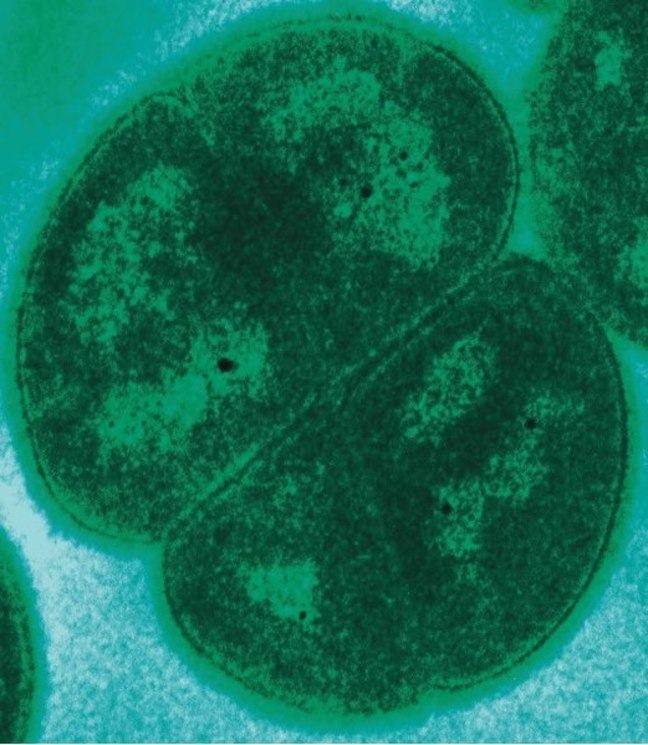 You’re probably thinking that extremophiles can only be found in far flung places and have no business being around humans, but you couldn’t be further from the truth. If you’ve ever suffered from stomach ulcers or even indigestion, your stomach, in all likelihood, has been colonised by Helicobacter pylori (Figure 5). Having strengthened its cell membrane, this spiral-shaped bacterium is able to withstand highly acidic conditions down to a pH of 2 or less; enough to corrode metal! Your gut is probably home to the likes of Methanobrevibacter smithii and Methanosphaera stadtmanae. These archaea use the hydrogen produced by other gut microbes (via anaerobic fermentation of carbohydrates) and produce methane, helping you to break down your food and keep you healthy. 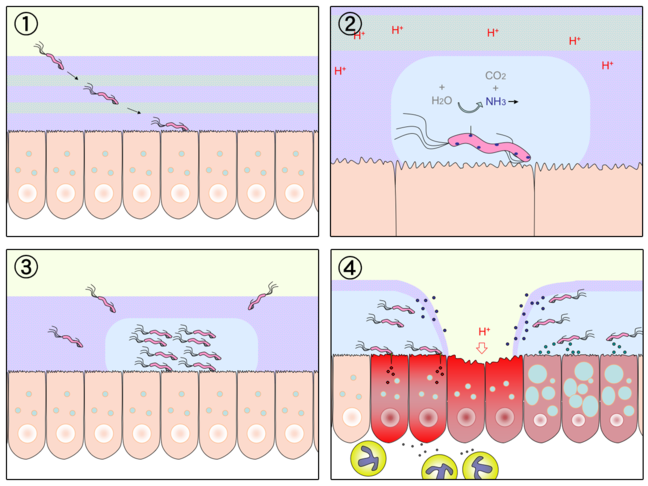 Figure 5: How the spiral-shaped bacterium ‘Helicobacter pylori’ causes a stomach ulcer. © Y_tambe dual-license with GFDL CC BY-SA 3.0. 1. The bacteria penetrate the mucus layer that protects the cells lining the stomach and attach to the cell surface. 2. The bacteria metabolise urea to produce ammonia, which increases the pH and helps them to avoid being damaged by the acidic digestive juices. 3. The bacteria replicate and form an infection focus. 4. The mucosal layer is damaged, which exposes the underlying epithelial cells to the acidic digestive juices, leading to cell damage, inflammation and ulceration.

Extremophiles truly are some of the most amazing organisms on Earth. Although they are inside, all around and underneath us, there is still little known about them and so much left to discover.