This content is taken from the University of Reading's online course, Small and Mighty: Introduction to Microbiology. Join the course to learn more.
View course
3.2

As you learnt earlier in the course, pathogens are microbes that harm their host and cause the particular symptoms we recognise as an infectious disease. Pathogens come from four of the five groups of microbes: viruses, bacteria, fungi and protists. We are not really sure why there are no pathogenic archaea, especially given that some archaea live in association with hosts (including humans).

In many cases, disease symptoms are due to the activation of the immune response rather than direct damage caused by the pathogen. Ebola virus directly infects immune cells (Figure 2: left) and triggers the uncontrolled release of immune signalling molecules called cytokines. This “cytokine storm” damages the lining of blood vessels and other tissues, leading to internal bleeding and multiple organ failure. The novel human coronavirus SARS-CoV-2 responsible for the current global pandemic causes a disease called Covid-19. Scientists are still trying to understand exactly why infection with this virus leads to such a wide range of outcomes; in many cases the infection is asymptomatic or results in a mild respiratory illness, whereas in some cases it progresses to a severe illness that can be fatal. The severe symptoms are thought to be the result of a cytokine storm, with uncontrolled inflammation causing damage to the lungs and other internal organs. This can also stimulate the liver to produce excessive clotting factors, making the blood extremely sticky and causing blood clots to form around the body. Covid-19 patients are therefore at a higher risk of developing complications including deep vein thrombosis, pulmonary embolisms, heart attacks, and strokes.

The bacterium Mycobacterium tuberculosis (Figure 3) is a human pathogen that frequently establishes a latent infection. It only causes the symptoms of the disease Tuberculosis (TB) in around 5% of cases, but this does not mean we should not be concerned about this disease. Approximately ¼ of the world population are infected with TB and it is one of the top 10 leading causes of death worldwide, predominantly in lower-income countries, and it is the leading cause of death in patients with HIV. Drug-resistant TB (MDR/RR-TB) is a global health crisis with the WHO estimating 558,000 in 2017. 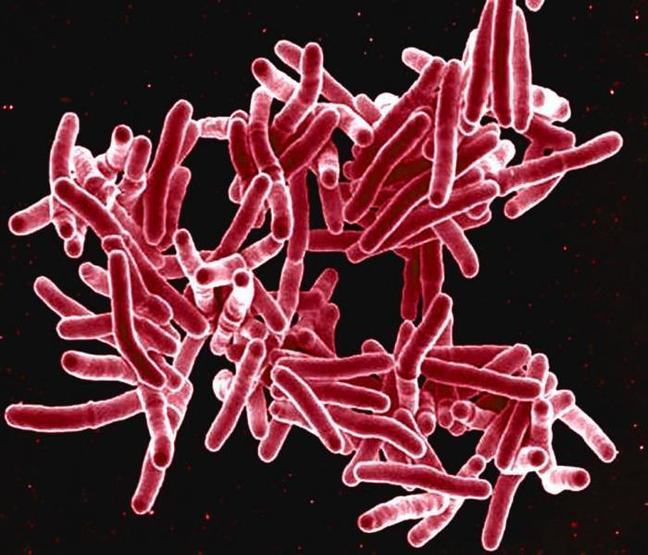 Some symptoms of infectious disease are directly related to the transmission of the pathogen from host to host. Cold sore blisters and genital warts are an effective way to spread HSV-1 between people via direct contact. Coughs and sneezes spread respiratory infections through communities via the airborne route. Diarrhoeal diseases are spread via water-borne or food-borne (also known as faecal-oral) transmission. Some pathogens are vector-borne, where they are transmitted between human hosts by another living organism such as a mosquito or tick.

Borrelia burgdorferi is a Gram negative spiral-shaped bacterium (Figure 4: Left) that causes Lyme disease. This organism has developed a unique mechanism for overcoming the host’s iron-withdraw immune response (see Step 1.13) – it has completely dispensed with the need for iron and uses manganese instead. This is an example of a vector-borne disease because this pathogen is transmitted to humans by Ixodes ticks (Figure 4: Middle) after they bite infected animals such as squirrels or mice. The main symptoms are fever, fatigue and headache. In ~80% of cases it causes a characteristic “bull’s eye” rash at the bite site (Figure 4: Right). If left untreated the infection can spread to the heart, joints and nervous system leading to serious complications.

In this additional resource PDF, you can see a summary table of transmission routes with examples of infectious human diseases and the pathogens that cause them. It is in a pathogen’s best interests to transmit the infection to as many new hosts as possible, so it is not beneficial for a pathogen to kill its host.

The HIV/AIDS pandemic is also zoonotic in origin. Simian immunodeficiency virus (SIV) has entered the human population from primates (mainly chimpanzees) on several occasions. Each time it did this it acquired mutations whilst replicating in human cells that transformed it into distinct types of HIV. The most successful type of HIV is called HIV-1 group M, which is responsible for 95%+ of infections worldwide. It can be transmitted from person to person by several transmission routes, including sexual transmission, vertical transmission (mother to child via the placenta, during delivery or breastfeeding), needle sharing, or medical procedures e.g. blood transfusions (iatrogenic transmission). HIV infects white blood cells and can integrate its genome into the chromosome of the host cell where it can remain latent for many months / years. Every time the host cell replicates the daughter cells receive a copy of the virus. Later in the infection, the virus actively replicates and eventually kills the white blood cell (Figure 5). If left untreated, the white blood cell count falls leading to the disease AIDS. AIDS patients typically die from other infections (eg TB) because their immune system is not working properly. 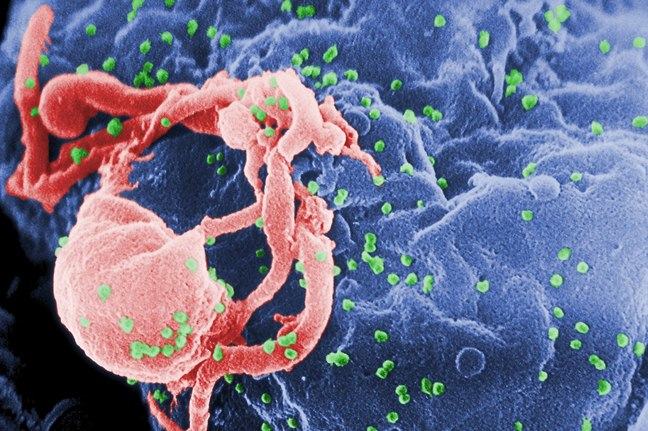 Several coronaviruses have made the leap from animals into the human population over the past few decades. You can learn more about these outbreaks and pandemics in the next Step.

In the next Step, you can explore a timeline of some of the most notable outbreaks of infectious diseases that have occurred throughout history, including the current pandemic caused by SARS-CoV-2.