This content is taken from the University of Reading's online course, Small and Mighty: Introduction to Microbiology. Join the course to learn more.
View course
3.13

In Week 1, you learnt about the many different types of nutrients microbes need to grow and reproduce, and how nutrient availability and environmental conditions affect where microbes live. In this Step, you’ll explore the key roles microbes play in global processes that affect food chains, our atmosphere and climate.

It is worth thinking about viruses for a moment. Cellular microbes are recognised for the vital role they play in decomposing dead organisms and recycling nutrients in the food chain, but the role of viruses in global nutrient cycling is often overlooked because they don’t have their own metabolism. Viruses kill trillions upon trillions of organisms (mainly bacteria and archaea in our oceans) every day, and microbiologists are only just beginning to understand how this impacts global nutrient cycling.

Microbes affect the flow of carbon in food chains and influence our climate by altering the levels of carbon dioxide (CO2) and methane (CH4), potent greenhouse gases, through the processes of photosynthesis, respiration and methanogenesis. 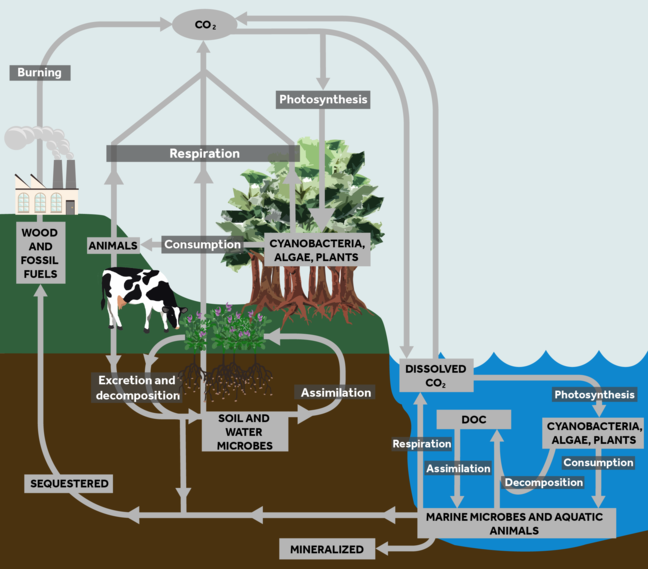 In our oceans, photosynthetic microbes (cyanobacteria and algae, such as diatoms and coccolithophores) fix more CO2 than all the plants on land and produce oxygen as a by-product. When they die, some of the carbon they fixed is released into the ocean as dissolved organic carbon (DOC) that acts as a food source for non-photosynthetic marine microbes. They release some of the carbon back into the ocean as dissolved CO2 via respiration, some is recycled back to DOC when they are killed by viruses and the rest enters the marine food web when they are eaten by other marine organisms. Any DOC that is not consumed by marine microbes remains in the ocean carbon reservoir and slowly sediments to the ocean floor where it mineralizes to form rock: a carbon sink that lasts for millions of years. This process is called the Microbial Carbon Pump (MCP). 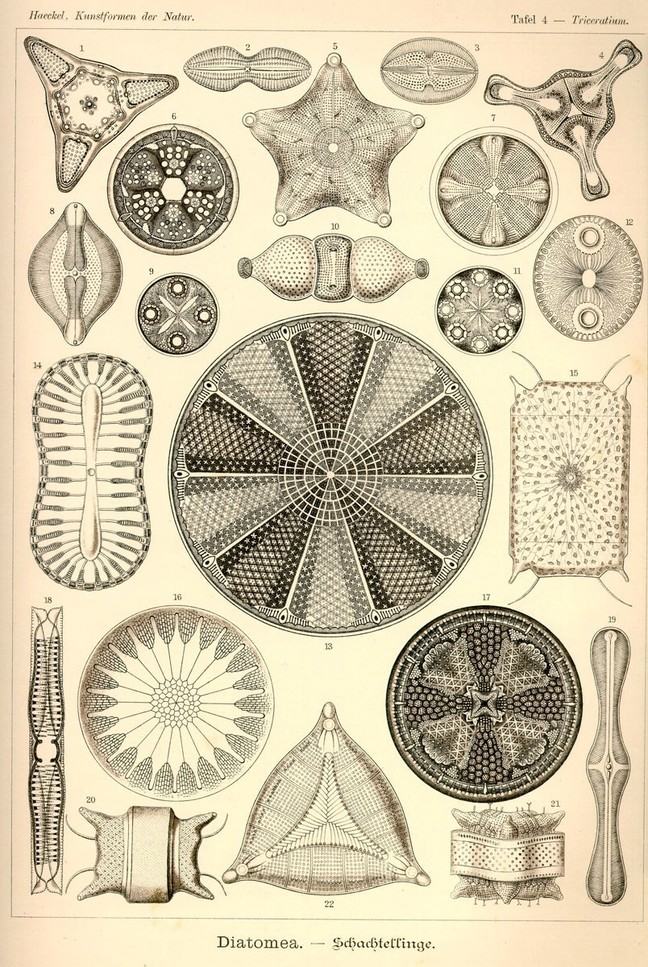 Diatoms are photosynthetic protists (algae) that live in aquatic environments. They have tough cell walls, composed mainly of silica, with intricate patterns.

Some microbes (called methanogens) produce methane as a by-product of metabolism. All known methanogens are archaea; most are obligate anaerobes and many are extremophiles. 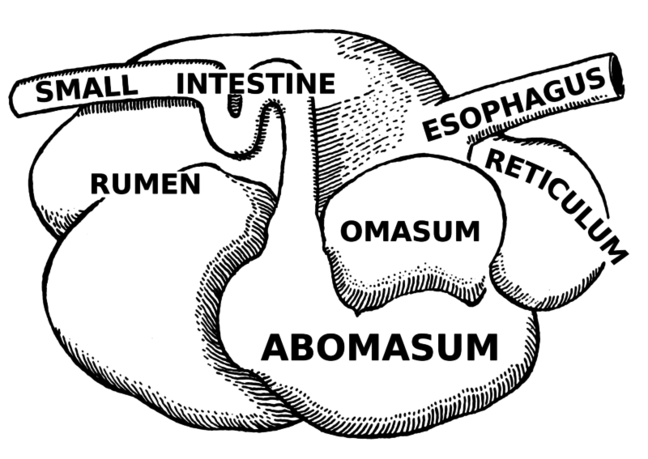 Several species of methanogen, such as Methanosarcina, live in the digestive tract of ruminant animals (cows, sheep, goats). The increased demand for meat production worldwide has led to a huge increase in methane from agriculture contributing to global climate change. You can find out more about this topic in another University of Reading online course on FutureLearn called the Future of Farming.

Dinitrogen (N2) is the most abundant gas in the atmosphere (78%), yet only nitrogen-fixing microbes are able to use it. Some nitrogen-fixing bacteria (eg Rhizobium) form mutualistic symbioses and donate almost all the nitrogen they fix to their legume plant hosts in the form of ammonia, others are free-living in the environment. Nitrifying microbes transform ammonia to nitrites, or nitrites to nitrates, which are then absorbed by plants. Denitrifying bacteria are responsible for the loss of nitrogen from the biosphere, converting nitrates to N2. 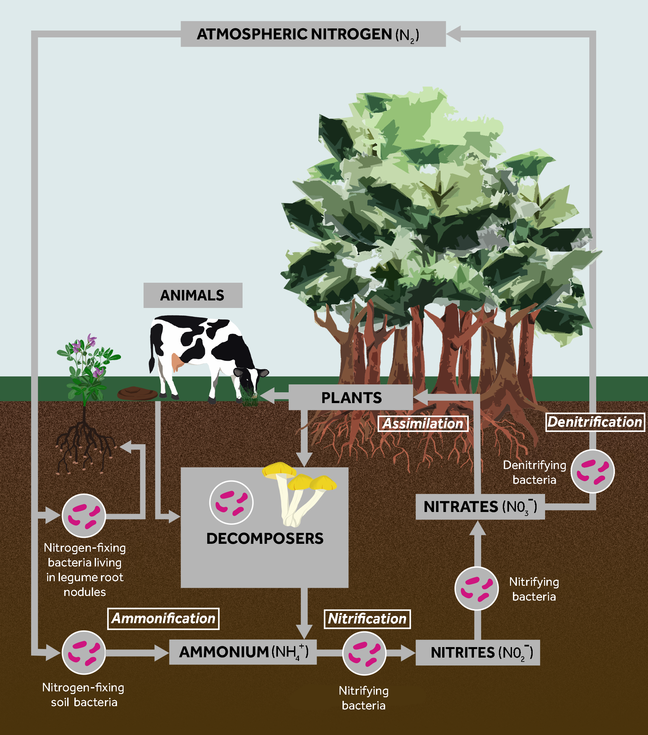 Ageing and The Brain: The Impact of Neurodegenerative Diseases

Learn what happens to the brain as neurodegenerative diseases progress and study the latest research on brain disorder prevention.