In the previous Steps you’ve learned how pathogens are transmitted, the symptoms they cause and how to diagnose an infectious disease. Having identified the culprit of an infection, the next step is to treat the patient with an appropriate antimicrobial agent (if one is available).

Antimicrobials are chemicals that either kill microbes or prevent their growth. Disinfectants (eg bleach), and antiseptics (eg iodine, chlorhexidine) are non-selective antimicrobials that kill a wide range of different microbes. Whilst disinfectants can be used to decontaminate surfaces to prevent the spread of infectious diseases and antiseptics help prevent infections during surgery, neither can be used internally to treat infectious diseases as they are also toxic to humans. Selective antimicrobials target particular functions in particular groups of microbes: antibiotics target certain types of bacteria; antifungals target certain fungi; antiparasitics target specific types of protists (eg antimalarials target Plasmodium, the protist that causes malaria); and antivirals inhibit the replication of specific viruses. Their specificity for microbes means they can be safely used to treat infectious diseases without serious side effects in humans. 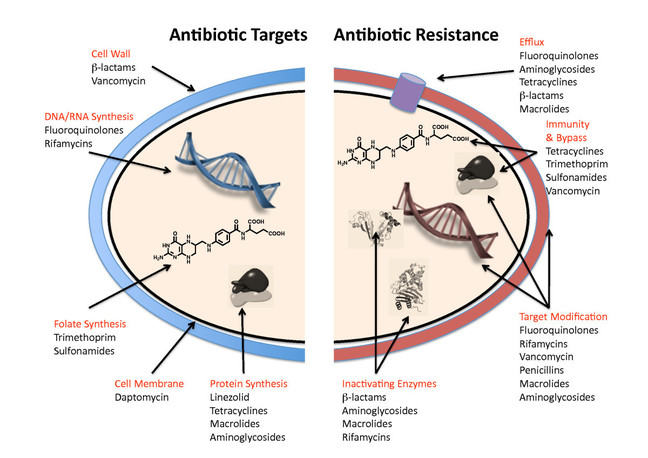 Figure 1: Diagram to summarise the main targets of antibiotics in bacterial cells, and the main mechanism of antibiotic resistance © Gerard D Wright via Wikimedia 2.0 Generic (CC BY 2.0)

The genetic basis of resistance

In Step 1.11, you read how bacteria replicate asexually by binary fission, where one bacterial cell splits in half to produce two almost identical daughter cells (this is also referred to as vertical gene transfer, because genes are passed down the generations from parent to offspring). The reason there is an “almost” in the previous sentence is because one of the daughter cells will probably have picked up one or a few mutations in its genome as a result of mistakes during DNA replication. Such mutations may happen to confer resistance to an antibiotic if, for example, it alters the structure of the antibiotic target (target modification) or reduces uptake of the antibiotic by changing the membrane permeability (eg altering a porin).

So how do bacteria produce a totally new enzyme to inactivate or bypass the antibiotic, or make a new efflux pump? It may take millions of generations for a new enzyme to evolve via mutation and natural selection, but bacteria have a way to speed things up…they are able to exchange genes with each other via a process called horizontal gene transfer (HGT). During HGT copies of one, a few or many genes are transferred from one fully formed bacterial cell to another fully formed bacterial cell (hence the term horizontal). If the new genes help bacteria to survive and replicate in adverse conditions (eg presence of antibiotics) these genes will spread rapidly between different species within a microbial community (Figure 2). 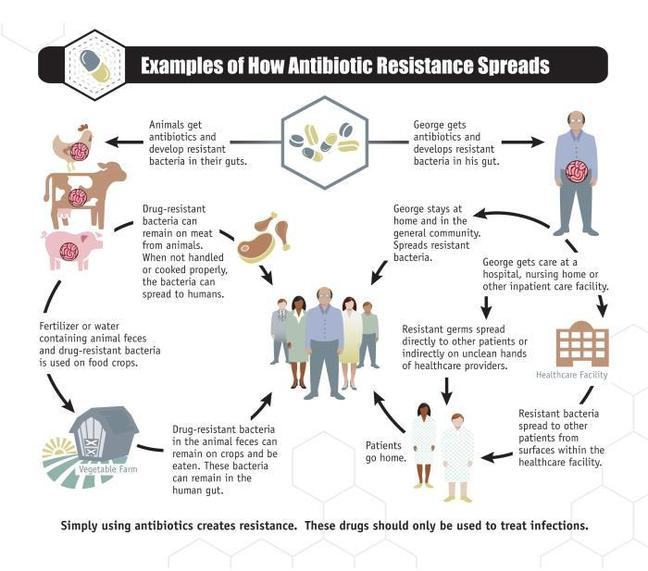 You can find out more about how HGT works in this additional resource pdf. You may also like to revisit the Microbes at war animation you watched in Week 1.

Why is it important to complete a full course of antibiotics if prescribed by your health professional? Why do you think there has been a decrease in the number of new antibiotics under development in recent years, despite the alarming increase in AMR infections? Share your thoughts in the comment area below.

End-of-Life Care for People with Dementia

Understand the needs of people with dementia, and how to better support them and enhance their wellbeing towards the end of life.