Prevention is better than cure

Earlier this week, you learnt about how antibiotics work, how pathogens gain antimicrobial resistance (AMR) and how they spread resistance genes via horizontal gene transfer (HGT). We urgently need new antimicrobials, but the development of new pharmaceuticals is a very expensive task and there is no guarantee of success. It often takes many years of extensive testing, initially in the laboratory and later in clinical trials, before a new antimicrobial can be used clinically. When a new antimicrobial is developed, we now understand that we need to limit its use to try to reduce the risk that pathogens will evolve resistance to the new drug. This doesn’t sound like a great financial incentive for a pharmaceutical company to make a huge investment in the development of a new antibiotic!

An alternative strategy is to prevent infections from happening in the first place. There are several ways to do this, including public sanitation measures (eg sewage treatment, access to clean drinking water), personal hygiene (eg hand washing), controlling insect vectors (eg mosquito nets, insecticides, biocontrol) and vaccination programmes. In this Step, you’ll explore how vaccines work and how different types of vaccines are produced.

How do vaccines work?

Vaccines work by imitating particular chemical features (called antigens) that are found in a species or strain of pathogen, and activating an immune response in which your body produces white blood cells, called memory B-cells and memory T-cells. If the pathogen tries to infect you after you have been vaccinated, the T cells will recognise the specific antigens and activate memory B-cells to produce antibodies, proteins that bind to antigens. The antibodies bind to antigens (Figure 1). The antibodies bind to the antigens on the surface of the pathogen and help the immune system to neutralise or destroy it before it can establish an infection. 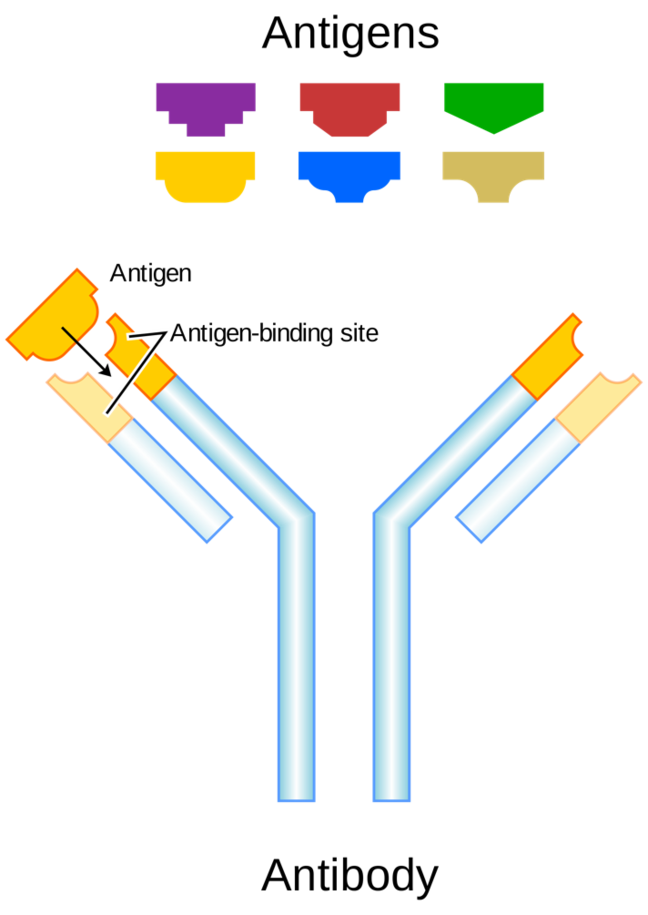 How are vaccines produced?

The majority of vaccines that are currently available fall into four main categories:

You can see some examples of the vaccines in current use in Table 1.

Table 1: Examples of current vaccines. Note: vaccines are administered by injection unless alternative stated in brackets.

Much progress has been made over the last century in reducing the number of cases of infectious diseases through sanitation and vaccination programs, but there is still a long way to go. The last natural case of smallpox occurred in 1977, and in 1980 the WHO declared it to be eradicated. It remains the only human disease to have been successfully eradicated through mass vaccination programmes (Figure 2). The Global Polio Eradication Initiative (GPEI) is working hard to put an end to the devastating disease Poliomyelitis, which can cause paralysis and death. You can read more about the efforts of the GPEI to rid the world of Polio here. 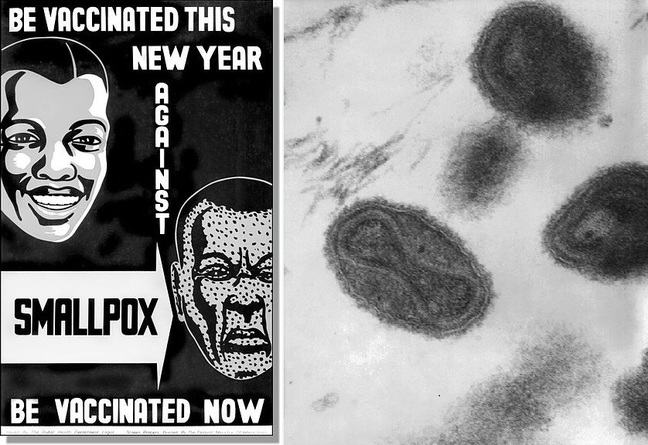 There is growing concern that false claims of so-called “anti-vaxers” on social media and the internet has led to decreased take-up of childhood vaccinations, meaning potentially fatal and life-changing diseases like measles are causing serious outbreaks. In fact, the WHO have published their top ten list of global threats to human health, and vaccine hesitancy appears on this list. Work is being done to address these concerns, such as this guide from the Centres for Disease Control and Prevention (CDC) which answers frequently asked questions from parents about vaccines.

What else should governments to do encourage vaccination uptake? Have you heard of any news stories about this?