This content is taken from the Raspberry Pi Foundation & National Centre for Computing Education's online course, An Introduction to Computer Networking for Teachers. Join the course to learn more.
View course
1.6

The different arrangements of computer connections and devices are called topologies.

In the simplest situation, one computer has a dedicated connection to another computer. Then the computer sending the information must simply choose the appropriate interface on which to send the data.

Before the advent of local area networks, or LANs in the home, two computers were often connected using RS232 cables, like this: 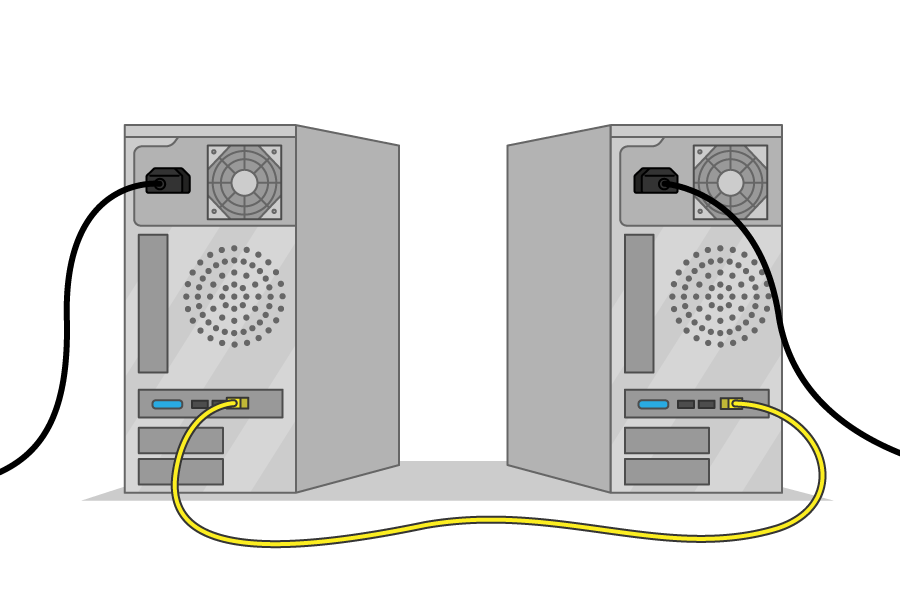 To send data directly to a range of other devices, a dedicated connection to each one was necessary.

n(n-1)/2: for n devices, there will be connections to (n-1) other devices. However, this counts every link twice, hence it’s necessary to divide by 2.

Mesh networks provide alternative paths for data in case of connection failure or connection overload. However, full meshed networks are costly, so partial meshes are used instead, in which only some of the possible connections are made. 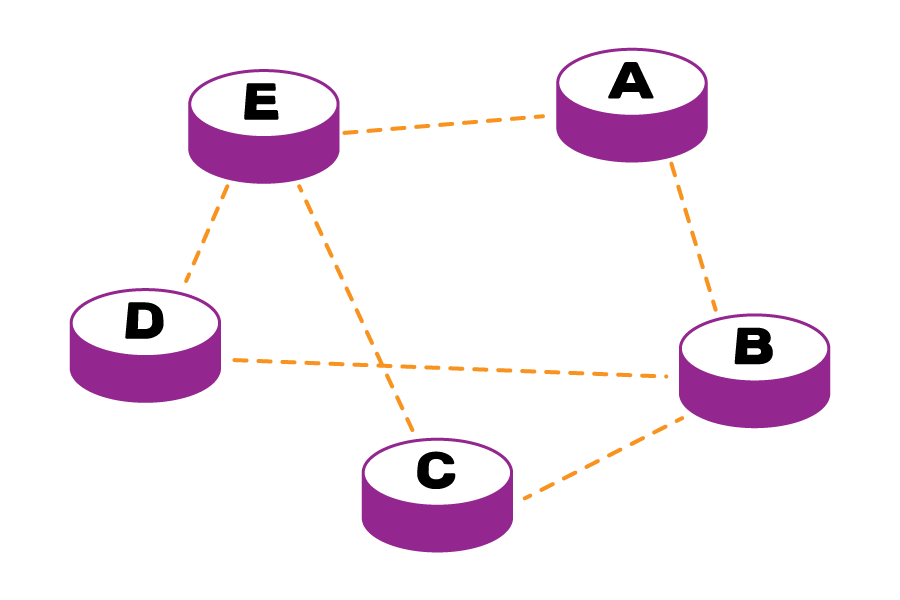 Meshed networks are used extensively in some types of wireless network.

Ring topology connects each device to the next in a ring, around which the data travels. Each device has a unique address. The sender transmits the recipient address before the data. The recipient device then removes the data from the ring.

In the 1960s, a system of sending data over radio called Aloha was invented in Hawaii. All devices operated using the same frequency, so transmissions sent at the same time interfered and were lost.

The device that sent the original signal, on failing to receive an acknowledgement, would assume a collision had occurred. It would wait a random amount of time and then try sending again. This worked well for low volumes of traffic, but as demand increased, collisions occurred more frequently and the percentage of successful data transmissions fell.

Try the classroom activity in the PDF accompanying this step to illustrate the problem of signal interference and some possible solutions.

In the 1970s, an improved version of this network used a coaxial cable instead of airwaves. All of the computers were connected to this cable via a special interface cable, which plugged into a network interface controller (NIC) connected to the computer at one end, and tapped into the coaxial cable at the other end. This arrangement of devices is called a bus topology. 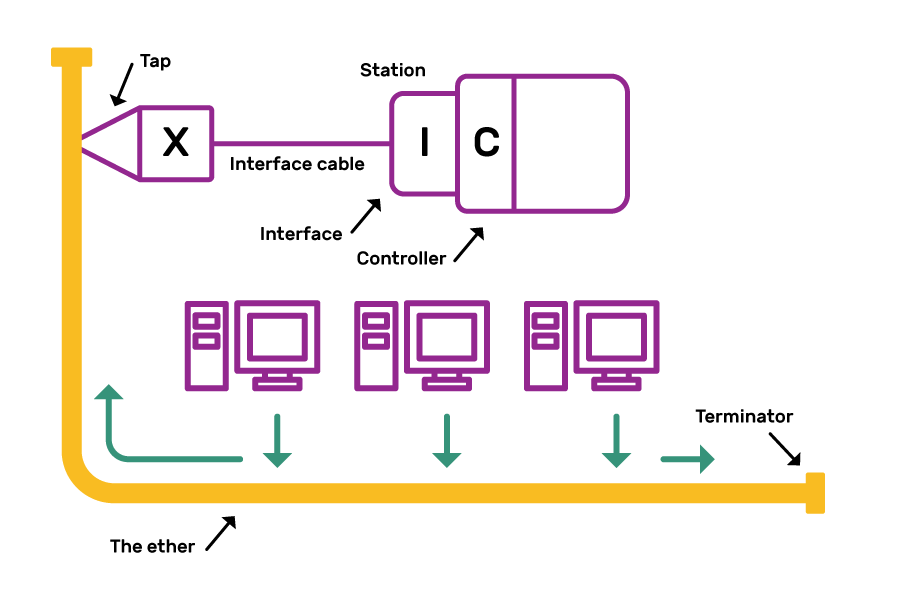 This technology was called Ethernet, so named after the mythical ‘Ether’ that early scientists thought carried electromagnetic waves.

This method of transmitting the signal via a wire also allowed the devices to detect if they were transmitting at the same time as another device. Devices could then stop and try again later. The ability to detect collisions meant that the cable was used much more effectively, and it led to the development of carrier-sense multiple access with collision detection (CSMA/CD), which we will look at in the next step.

Bus–based Ethernet networks were problematic because a failure anywhere on the bus brought the whole network to a stop. It was also difficult to locate the fault on the coaxial cable.

In this topology, UTP cables connect each computer to a central device, which can send signals to all connected computers. In early star networks, the signal was sent to all destinations, meaning the networks behaved in a similar way to bus networks. However, with each computer having its own cable to the central device, it’s easier to find faults, because each link can be tested independently. 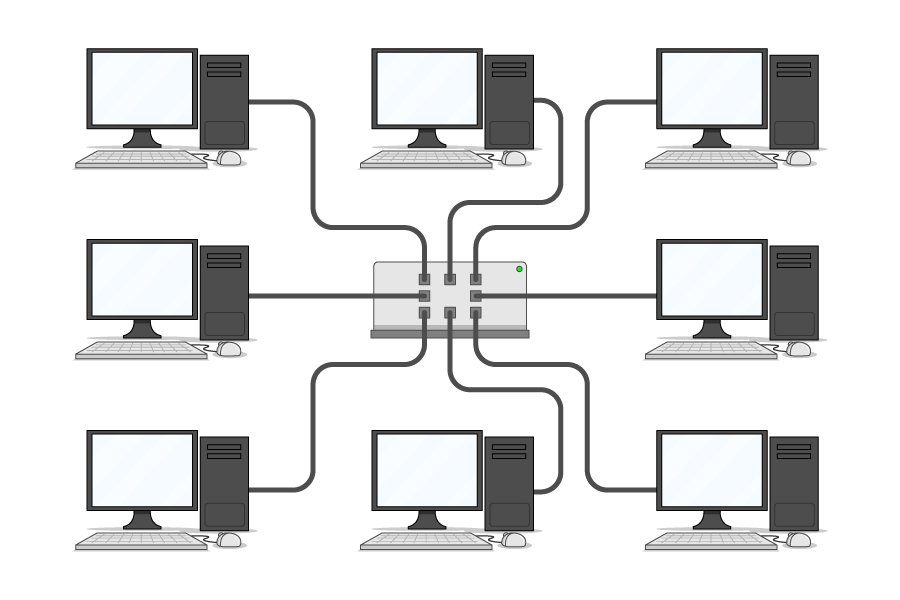 In the next step, we will consider the addresses used to identify the devices on a network and the way this information is added to the data before it is sent via the wire. We will also look at how the device at the centre of the star network has evolved over time.