This content is taken from the Raspberry Pi Foundation & National Centre for Computing Education's online course, An Introduction to Computer Networking for Teachers. Join the course to learn more.
View course
2.2

Imagine a gigantic worldwide Ethernet network of interconnected switches. For each switch to be able to switch incoming data frames to the correct port, the switch would need to have some sort of list where it can look up the physical address of every connected device in the network. 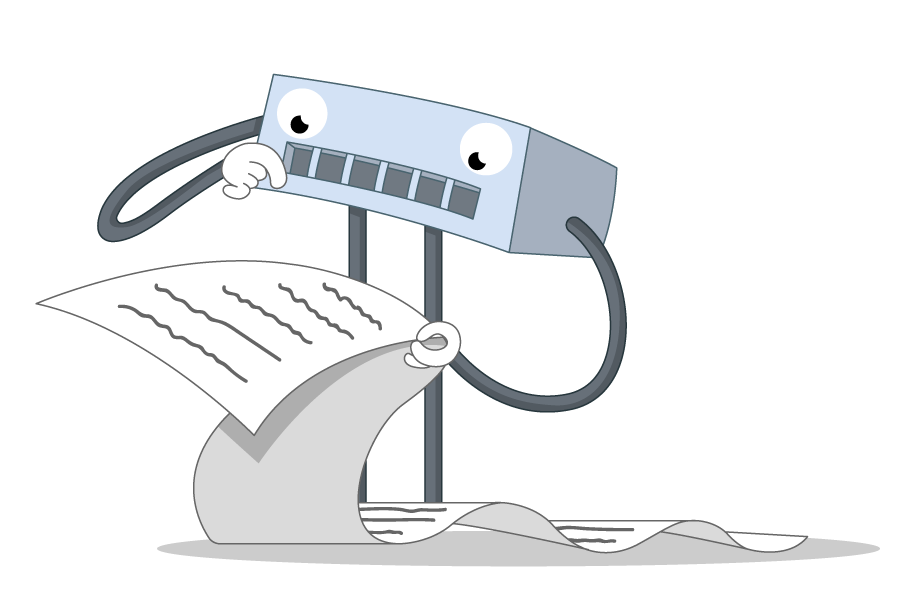 This list would be huge, and it would take a lot of memory storage and processor time to use it and keep it updated. And how would the system cope if a device moved? What about technologies that don’t use Ethernet addresses? It just wouldn’t work!

This is why a new addressing scheme was invented: the IP address system. Like postal addresses, IP addresses are logical addresses: they have a logical structure and provide a set of instructions for reaching a destination.

Take this postal address as an example:

It can be read from the bottom up, so a letter with this address would be first sent to the UK, then to Birmingham, and then to the right street and house number.

When IP addresses were invented, in the 1970s, it was decided to make them 32 bits long. 32 bits allow for 4 billion unique addresses, enough so that each person on Earth at the time could have one. We didn’t know how big the interconnected network — or internet — we were building would become!

This 32-bit IP address is usually not written in binary. Instead, it is split into four 8-bit chunks (bytes), and each chunk is converted to decimal. The address is then written in dotted decimal notation, with the four decimal values separated by dots.

The logical structure of an IP address

Network bits are the initial bits in an IP address. They identify a particular network. The remaining bits are called host bits and identify a device (or ‘host’) in that network.

The first value of an IP address indicates address is split into network bits and host bits. There are three classes of addresses identified by this initial value: 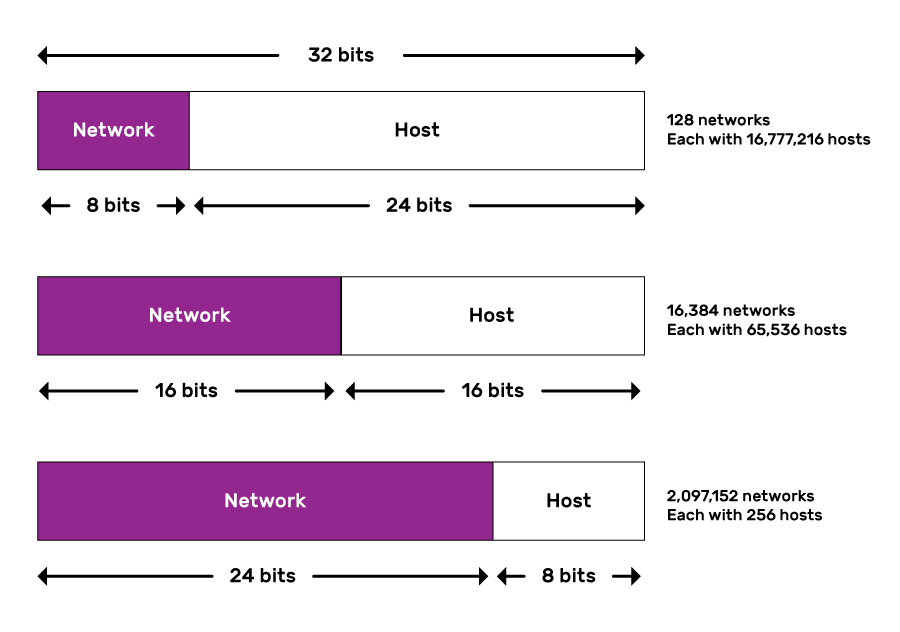 The source and destination IP addresses are sent first (together with some additional fields you will learn about later). Then follows the actual data to be transmitted. This structure is called an IP packet, and it looks different to an Ethernet frame. 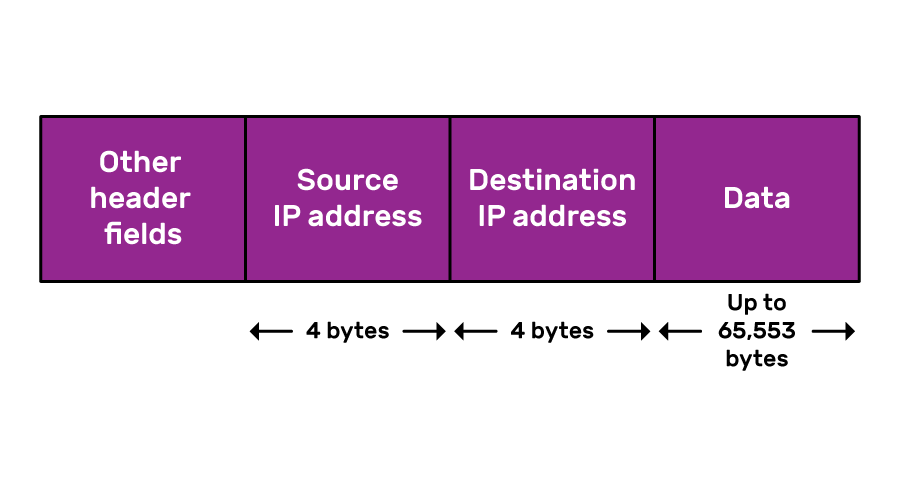 Within each IP address class, a specific range is allocated for private IP addresses. That means these addresses can be used many times over on different networks, as long as these networks do not become connected. In class C networks, all networks starting with 192.168. are private.

The future is here now

IPv6 addresses are written in hexadecimal as 32 digits in blocks of four, e.g.:

IPv6 has been designed to coexist with IPv4, so both systems can run in parallel.

We’ve now introduced IP addresses and IP packets — how do these coexist with Ethernet addresses and frames? In the next step, we will look at why we still need the Ethernet frames of the data link Layer and how these transport IP packets.

Join in the discussion below to share your thoughts.