This content is taken from the Raspberry Pi Foundation & National Centre for Computing Education's online course, An Introduction to Computer Networking for Teachers. Join the course to learn more.
View course
2.3

0:03Skip to 0 minutes and 3 secondsTransporting both data and IP packets across a variety of links and devices poses as a problem. One solution is to redesign all data link protocols to understand IP addressing and packet structure. But this redesign would render much of the existing network infrastructure we have redundant. Instead, we can use the data link protocols to transport the IP packets as their data. Previously you learned that frames transport data from the network layer. Now this data is in fact an IP packet, which contains or encapsulates the real data we want delivered to the end device. Imagine an envelope inside another envelope. We call this double encapsulation. In this model, the operating system sends the data to the transport layer.

1:41Skip to 1 minute and 41 secondsEach packet then travels to the data link layer, which encapsulates it into an Ethernet frame. This Ethernet frame travels along the Ethernet cable to the switch. The switch reads the MAC address and sends the frame out of the correct ports on the router. The router decapsulates the IP packet from the frame. And the network layer of the router examines the IP address to see where the packet is being sent. The next link to the destination is across an ADSL link. The IP packet travels to the data link layer of the router and becomes encapsulated into an ADSL frame. The ADSL frame moves across the ADSL link to the internet service provider. This process repeats over and over.

In the previous step, you saw many simliarities between Internet Protocol (IP) addresses and IP packets on the one hand, and MAC addresses and Ethernet frames on the other hand. Do we need both, or can they coexist?

In this step, you’ll learn more about IP packets and how they are transported in frames. This is visualised as the next layer in the TCP/IP model.

What is the data in a data link frame?

Last week, we looked at how frames operate at the data link layer, particularly at how Ethernet frames transport data.

To transport IP packets across all the various links, there are two theoretical options:

Option 1 would require a vast amount of redesign that would make much of the existing network infrastructure redundant — option 2 is the logical choice.

So the data transmitted in data link frames (such as Ethernet frames) is IP packets. These IP packets contain (encapsulate) the actual data that one device is sending to another. 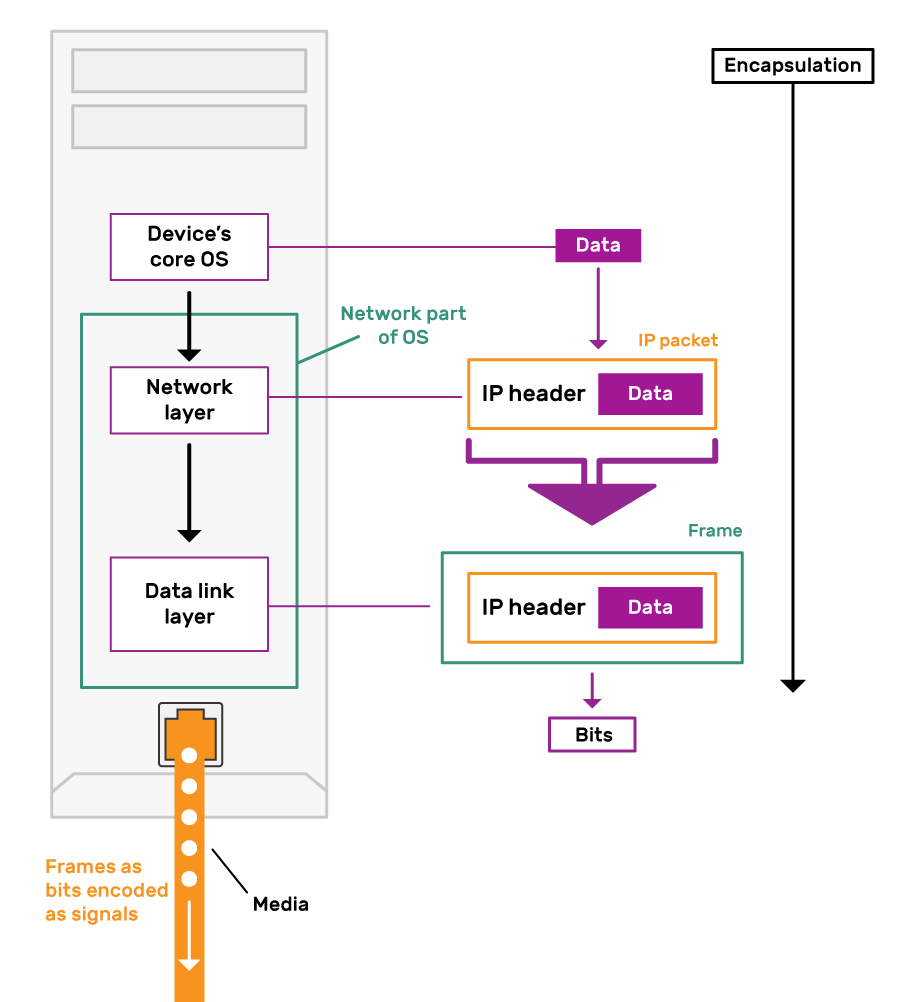 It’s like an envelope inside an envelope: double encapsulation! (The attached activity can help you and your students visualise this) 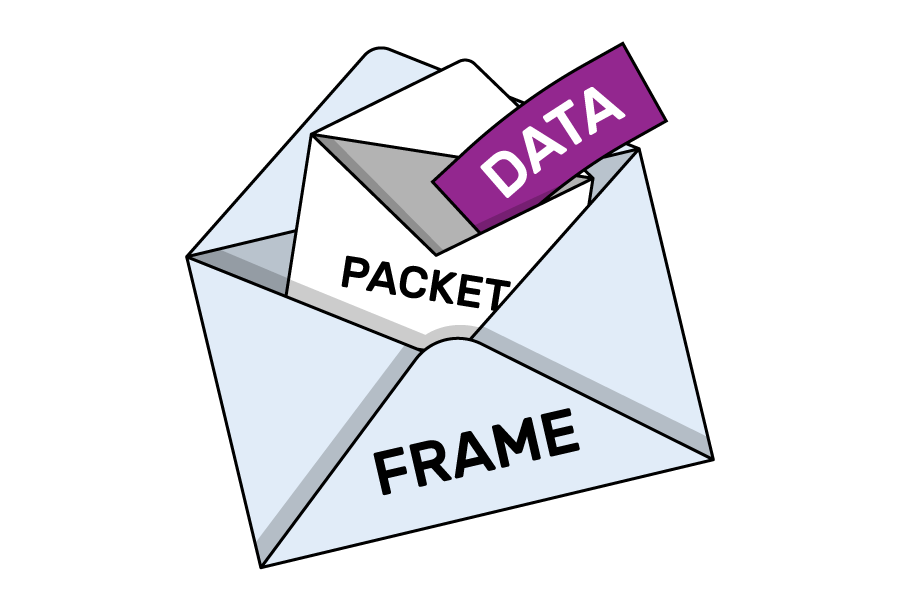 The network layer as a service

In the next step, you’ll learn about the fields that make up an IP packet.