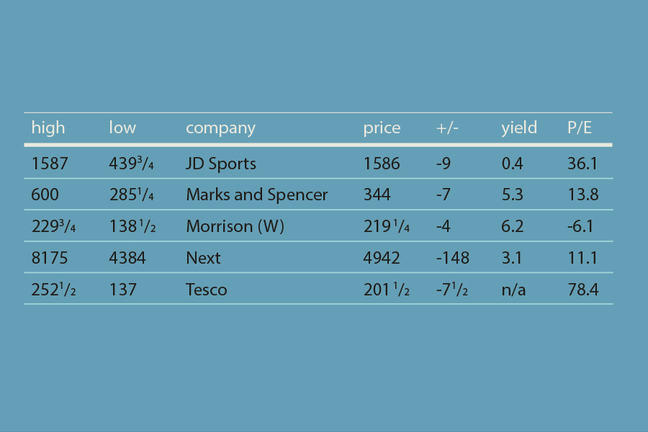 Shares are sometimes called ‘equities’. They entitle the holder to a share or part ownership in a company. Depending on the type of share, this may entitle the shareholder to vote on how the company is run. Shares also usually entitle their owners to receive dividends, paid by the company out of the profit it makes. The receipt of these dividends is, for the shareholder, the income element of the return from their investment in the shares.

Look at the table showing some UK companies’ share prices. Take time to familiarise yourself with the key terms that are used when analysing the performance of a company’s shares.

Here’s an explanation of the information presented in the columns of the table.

Further analysis of the performance of a company’s shares can include:

Shares are bought through a stockbroker. A stockbroker can be found in high-street banks or through the internet, or through the Wealth Management Association. For online stockbroking, there may be a flat-rate charge for any transaction, say £12 for one-off trades, or £10 per trade for frequent traders. It is not usually worth buying or selling shares in very small amounts of less than a few hundred pounds. Conventional stockbrokers may also charge a percentage commission on the value of the transaction subject to a minimum commission. You will find out more about transactions costs later this week.