Butoh dance is practiced and researched globally, but the work of its founder, Hijikata Tatsumi, is relatively unknown. This is in part because archival materials necessary to learning about Hijikata’s butoh are not widely disseminated.

This online course will make use of a wide range of archival materials in order to introduce Hijikata’s butoh within the context of Japanese and international post-war art and culture.

In doing so, it will both deepen the global understanding of butoh and explore innovative methods for dance education.

0:06Skip to 0 minutes and 6 secondsHas everyone come across a dance form called butoh? Butoh is a genre of performance art that comes out of Japan. It began in the late 1950s, so only has a roughly 60-year old history, but it has spread internationally during that time. On this course, we will be focusing on the world’s first butoh dancer, Tatsumi Hijikata. So, to introduce myself. I am Yohko Watanabe, a curator at Keio University Art Center. The Art Center is a research institution which focusses on post-war Japanese art. And one of our activities is managing the Tatsumi Hijikata Archive. Tatsumi Hijikata created butoh dance having studied modern dance and classical ballet.

1:00Skip to 1 minute and 0 secondsHe shaped butoh both as a rejection of those preceding dance forms and in response to the influence of European philosophy and art. So, we might want to ask exactly what kind of context could have given rise to butoh? We will begin this course by exploring Hijikata’s creation of butoh dance from the 1950s to 1960s, in order to get a sense of what is meant by the term “butoh.” From here, we will turn to the revolution of butoh during the 1970s, which will be the focus of week 2 of the course. In the 1970s, Hijikata began to explore new ideas, themes, and techniques, at the same time as refining a new choreographic method.

1:53Skip to 1 minute and 53 secondsSo, it was during this period that the butoh method, as such, was established. Butoh dance uses notation, just as music uses a score. And it is this form of butoh notation, or “butoh fu,” that will be the focus of the third week. Building on your understanding of Hijikata’s butoh method from week 2, we will be delving into the world of Hijikata’s “notational butoh.” This will be framed in relation to the other ways in which dance notation has developed internationally. Though it is over 30 years since Hijikata passed away in 1986, the dancers who learned butoh under his direction continue to preserve the heritage and aesthetics of his dance form.

2:43Skip to 2 minutes and 43 secondsIn the last week, we will be looking at the dissemination and reception of butoh internationally, and at the international research of butoh. Finally, we will wrap things up by thinking about the development and future of butoh. Throughout the course, we will be making use of archival documents housed at the Art Center. We will also be inviting guest teachers like Rosa van Hensbergen, who researches dance notation and butoh dance to offer you a wide range of perspectives on the dance form. Our hope is that, through learning about butoh dance, your eyes will be opened to a new art form, created in the far East in the late 20th century.

Week 1 - Towards Butoh: Experimentation - Hijikata’s work from the late 1950s to late 1960s, introducing key works like “Forbidden Colours” (1959) and “Revolt of the Flesh” (1968). - The Tokyo Experimental art scene of the 1960s and the influence of Western thinking and art on Hijikata’s work.

Week 2 - Dancing Butoh: Embodiment - Hijikata’s work from the early to mid 1970s, through the series of performances “27 Nights for Four Seasons” (1972), and a handful of works that followed. - Hijikata’s relationship to his hometown Akita in terms of Japanese traditional arts and Eastern body theories.

Week 3 - Behind Butoh: Creation - Works from the late 1970s like “Costume in Front” and “Human Form” (both 1976) to explore the choreographic method and notation behind Hijikata’s butoh.

Week 4 - Expanding Butoh: Globalisation - The spread of butoh abroad from the late 1970s onwards through a number of key festivals, such as “MA: Espace-Temps du Japon” (Paris, 1977) and the first international “Butoh Festival” (Berlin, 1985) and invited foreign researchers’ dialogues, such as Sylviane Pages and Katje Centonze.

The course is aimed at any individual with an interest in Japanese culture and art, the experimental arts, and the performing arts, but it is principally directed towards undergraduate and postgraduate students, researchers and practicing artists.

The course also aims to be useful for educators wishing to deliver lectures and courses on butoh. 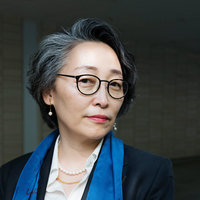 Formerly a curator at the Museum of Contemporary Art Tokyo, I’m a
professor and curator at the Keio University Art Center. I head the
"Exploring Japanese Avant-garde Art Through Butoh Dance" course. 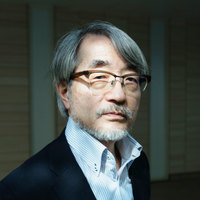 I am the Director of the Hijikata Tatsumi Archive at the Keio University Art Center and one of the educator on the FutureLearn Course "Exploring Japanese Avant-garde Art Through Butoh Dance." 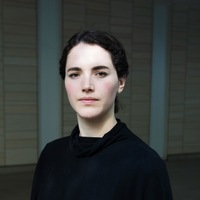 I'm Rosa van Hensbergen, a doctoral student at the University of Cambridge, and one of the educators on the FutureLearn Course "Exploring Japanese Avant-garde Art Through Butoh Dance."

Keio University is Japan’s first modern institution of higher learning, and since 1858 has established itself as a leader in Japan through its continued commitment to education, research and medicine.

You can use the hashtag #FLjapaneseartbutoh to talk about this course on social media.

Gender Representation in the Media

Explore how women are represented in the media and reflect on what it means for contemporary society and culture.