This content is taken from the Trinity College Dublin's online course, Journey to birth. Join the course to learn more.
View course
3.2 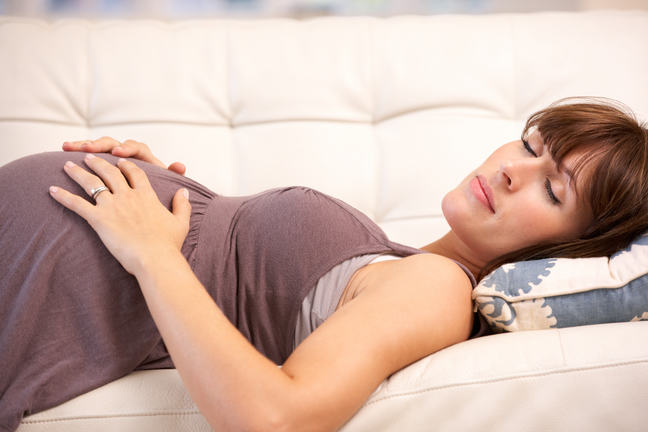 This woman is enjoying the lovely relaxed feeling women get near the end of pregnancy, as hormones rise. This would not be a good way to lie when in labour, though!

Oxytocin is a powerful hormone released by the brain into the bloodstream that affects many aspects of pregnancy and birth.

For example, it makes the muscles in your uterus (womb) contract in labour and it makes milk flow out of your breasts. In particular, there is a surge of oxytocin in late-stage labour that gives you the urge to push your baby out. Oxytocin also encourages calmness, promotes connections and sociability between people (like mothers and babies, or mothers and their partners) and reduces fear, stress, and stress hormones.

Oxytocin has a pain relieving effect in mothers and babies in labour and continues into the postpartum period. Before labour starts, the number of oxytocin receptors in the uterus increase. A receptor is a protein in the lining and muscles of the uterus (and the breast) that allows oxytocin to stick to it, and so keeps it where it is needed, to start labour and keep it going. These receptors help oxytocin to affect contractions and control bleeding after the birth, which is why it is best to wait for labour to start naturally if possible.

When you have a physiologic birth (one where there is no medical or technological interference and your own oxytocin is able to flow without anything stopping it), the first hour after birth is a sensitive period.

If you hold your baby ‘skin-to-skin’ for this hour, the way you and your baby interact encourages your body to produce much more oxytocin. This leads to stronger uterine contractions after birth, which help to reduce the amount of blood you lose. You will also warm your baby naturally as the blood vessels on your chest dilate (get bigger), and the bond between you will be strengthened. Starting breastfeeding during the first hour (if you wish) will also be easier, as you and your baby will be calmer and less stressed. 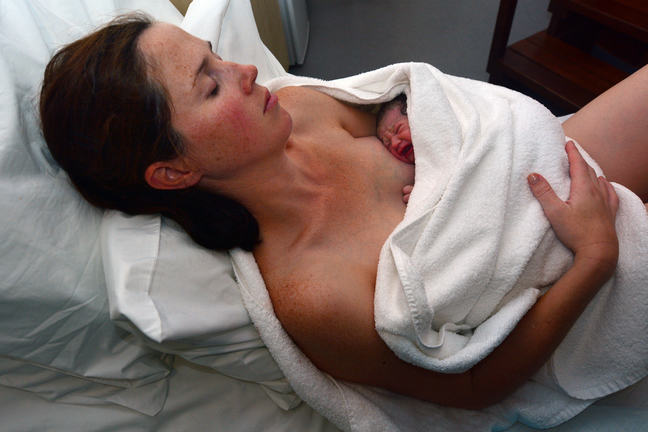 Things before and during labour that can decrease your own oxytocin

Adrenaline is the hormone your body produces when frightened – the “fight or flight” hormone. It prepares your body to fight an enemy or to run away from them. If you have ever felt a tightening in your tummy after a big fright, that’s a surge of adrenaline making itself felt. It makes you feel anxious and speeds up your breathing and heartbeat. It also works against your own oxytocin, and can even make your labour stop for a few hours.

Having to come into hospital while you are in labour can be stressful, especially if you are worried about getting there in time. Coming into a very medical-looking labour ward may increase your anxiety, which is why some women who were sure they were in labour at home seem to stop labour as soon as they arrive in hospital.

Some women may be offered synthetic oxytocin either to start their labour off (induction of labour), or to make it go faster (acceleration of labour). This drug is given in an intravenous infusion (“IV” or “drip” in your arm), diluted in a large bag of fluid. This should not mean that you are confined to bed, so ask your healthcare provider if you can be supported in your wish to be upright in labour (see Steps 4.10 and 5.2). 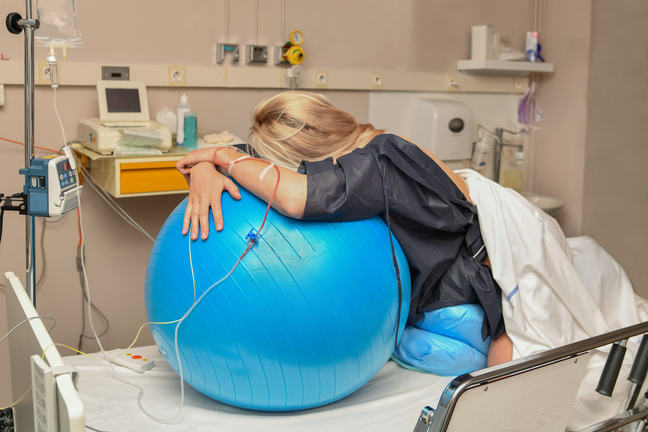 This synthetic oxytocin (called Syntocinon) may have effects on your own oxytocin and physiology (the natural working of your body). Sometimes, synthetic oxytocin causes over-stimulation of the uterus (more than five contractions in every ten minutes). This can lead to the baby getting distressed inside the uterus because he or she is being squeezed so frequently and, with each contraction, the oxygen getting to the baby is decreased, making them have a raised or lowered heartbeat.

If this happens, the baby’s heartbeat may need to be monitored using a machine that records the heartbeat on a continuous strip of paper (or directly into your chart and a central monitoring station), and you will usually have to stay in bed for the rest of your labour (although some small, portable machines are available now). Some hospitals may have a policy of monitoring the heartbeat continuously like this, once you are on a Syntocinon infusion. 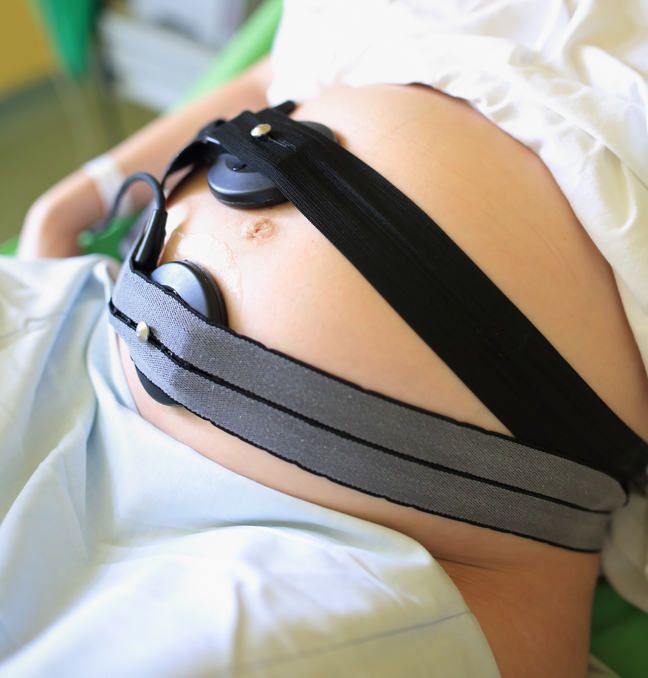 Because the contractions are stronger with synthetic oxytocin, and the body’s natural oxytocin is not present to give an analgesic (pain-relieving) effect, some women will feel more pain and require stronger pain-relieving drugs such as an injection of pethidine, or an epidural.

The oxytocin receptors in the body get overloaded with so much extra synthetic oxytocin. The uterus may stop contracting as well, which can lead to a long pushing stage, a birth that needs help from an instrument such as a forceps or suction, and possibly increased blood loss. Breastfeeding may also be more difficult as some studies suggest that a greater number of women stop breastfeeding earlier if they have had synthetic oxytocin (Erickson and Emeis, 2017).

It may be that, for a medical reason, you are advised to have this drug in the interests of your (or your baby’s) health. If so, you can ask your care provider about ways to assist production of your own oxytocin during this time, to decrease the adverse effects described above (also look at Steps 3.3, 3.4 and 3.5 on keeping calm in labour.

If the offer is made because you have just been admitted to a hospital labour ward and your contractions have decreased, it may just be because you are stressed by the transfer in. It is OK to ask your healthcare professionals if they would wait for an hour or two to let your body recover, and allow your own oxytocin to start working again.

If you find your labour contractions too intense, even with all the coping skills you’ve practised, you may decide to take an injection of pethidine, use gas and air, or have an epidural (see Step 4.11 for more details). Epidural analgesia reduces your own oxytocin in labour, possibly because parts of the body are numbed and therefore are not getting the feedback needed to release oxytocin. This may lead to a slower labour with increased need for synthetic oxytocin to be given, a longer pushing stage and increased need for assisted vaginal birth.

You can see that oxytocin is a very important hormone in a woman’s body, and we should all try to keep the natural levels high in labour and not do things that will work against it.

The video on the next step presents some examples of how oxytocin works, and the links below will also give you more information.