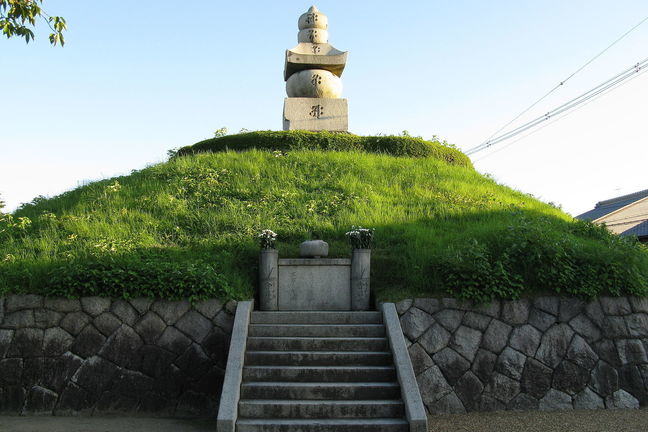 The front of the Mimizuka, Kyoto, Japan

International relations theorists classify states as “status quo” or “revisionist” according to their relative power and satisfaction with the given hierarchy. According to “power transition” theory, the chances of war are highest when a rising great power becomes dissatisfied with its place in the established regional or world order. The rising power becomes a revisionist one—seeking to challenge the “hegemon” and rewrite the rules, or at least the pecking order, of the system.

Pioneered in the 1950s by A.F.K. Organski, power transition theory is enjoying a renaissance today in part due to China’s dramatic rise as a new dominant force in world politics. Indeed, Chinese leader Xi Jinping’s foreign policy slogan about building a “new type of great power relations” with the United States is a direct response to power transition theory. President Xi is promising the world that China will rise to the top echelon of global power without seeking to revise the system—or at least, certainly without seeking to do so on the battlefield.

Power transition theory might also help us put the Black Dragon War in perspective. Hideyoshi’s unification drive rapidly transformed Japan from an archipelago wracked by civil war into a rising “great power” sidelined by the Sinocentric tributary order in East Asia. Ming China, and Joseon Korea for that matter, looked down on Japanese as uncivilized and weak. Beijing relegated the main islands to a marginal place low on the hierarchy of tributary relations, and both China and Korea restricted Japanese traders and diplomats to entrepots far from the capital (Ningbo on the Chinese coast south of Shanghai, and Busan on the southeast tip of Korea). In cultural terms, the Confucian elites of Ming China and Joseon Korea, trained for lives of scholarship and civil service and indoctrinated to believe in the superiority of “letters” over “arms”, viewed Japan’s samurai culture as a symptom of barbarism. Hideyoshi, in other words, had political, economic and cultural reasons to want to “revise” the status quo and to challenge—hopefully displace—the hegemon in Beijing.

In fighting their revisionist war against Ming China, Hideyoshi, his field commanders, and their soldiers, inflicted horrific suffering on the population of Korea: the second invasion, of 1597-98, even more than the first. War is never pretty. But militaries can exercise greater or lesser restraint on violence against civilian or occupied populations. Hideyoshi seems to have made a calculated decision that terrorizing the Korean populace, rather than winning their hearts and minds, best suited his ultimate purpose. As militarist aggressors have discovered throughout history, such methods can blunt resistance in the short term, but also plant seeds of lasting enmity. The brutality of Japan’s invasion and occupation confirmed Korean and Chinese prejudice that they were fighting not just a rival power, but barbarism itself.

After Hideyoshi’s death, the new rulers of Japan abandoned his revisionist and expansionist ambitions. Japan remained loosely unified under the Tokugawa shogunate in Kyoto, but for the next few centuries made no real effort to project its power beyond the home islands. Contacts gradually resumed with Korea and China, once again on the basis of Japan as a kind of outlier in the Beijing-centered East Asian order. Until, that is, the later 19th century, when as we will learn in week 3, Japan once again made sudden and rapid progress to great power status, and sought to revise the regional order in East Asia all over again.